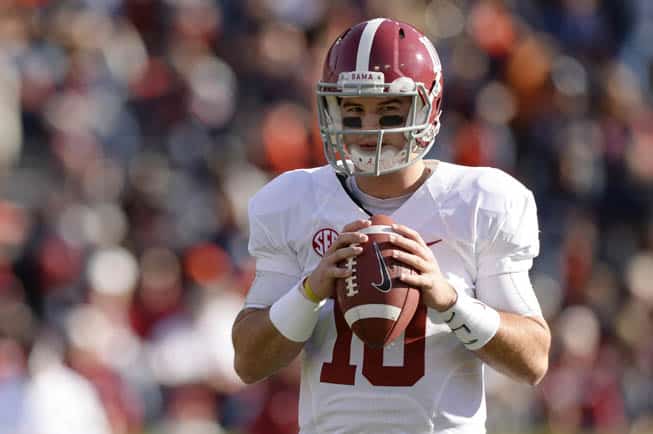 The Southeastern Conference has a reputation on the national stage of being the most dominant conference in America, and they have done virtually nothing to harm that reputation this bowl season. Sure, Texas A&M allowed approximately 206,919 yards (okay, so maybe that’s an exaggeration) to Duke, but still managed a victory. The SEC is 5-1 already this postseason, and they have four more cracks at adding to an already gaudy win total.

This edition of Clear Your Schedule takes us to outposts in the southeastern United States, the Gulf coast and Lone Star State. Get your GPS ready for our Keyword Search feature, but put on your thinking caps first – it’s time for our penultimate trivia question of the 2013-14 season!

2013 SEC Bowls (Part 2) Trivia (answer at the end of the article): Oklahoma and Alabama last played in Tuscaloosa in 2003. Which future NFL receiver caught the touchdown pass to give Oklahoma the lead they would not relinquish?

Trivia answer: I asked earlier: Oklahoma and Alabama last played in Tuscaloosa in 2003. Which future NFL receiver caught the touchdown pass to give Oklahoma the lead they would not relinquish?

Brandon Jones caught a 47-yard pass from Jason White to give the Sooners a 20-10 lead over Alabama with 4:31 remaining in the third quarter. Jones caught seven passes for 86 yards in the game. Jones played for parts of six seasons in the NFL with the Tennessee Titans, San Francisco 49ers and Seattle Seahawks.

Extremely well written article,yet again.Your statistics and ‘things and people to look out for’,help to sell the game in advance.You have info that most writers would never bother to dig up.That is one of the many things that set you apart from other writers.

Interesting when you see all the bowl matchups where the SEC is ranked either far ahead of a dominant conference or an unranked opponent. But we can see where that backfired when #22 SEC faced unranked Big Ten. Nice matchups…

Amazing how average Alabama looked against OK. And a 2 loss season? Same as Oregon, who beat Texas, who beat OK, who beat Alabama. This must be really hard to take in the all powerful SEC. Nuff said.

Missouri’s victory pushes the SEC to 6-2 in bowl game victories. 2 games remaining. 14 teams in the SEC and 10 are playing in bowl games with one playing for the national championship. Another dominate year for the SEC!

I know Bama lost, but what was other SEC Bowl loss?

Another SEC victory last night…Rolling every other conference! Auburn and Vandy up next! War Eagle! Don’t hate the SEC- To be the man- ya gotta beat the man! “Nuff” said!