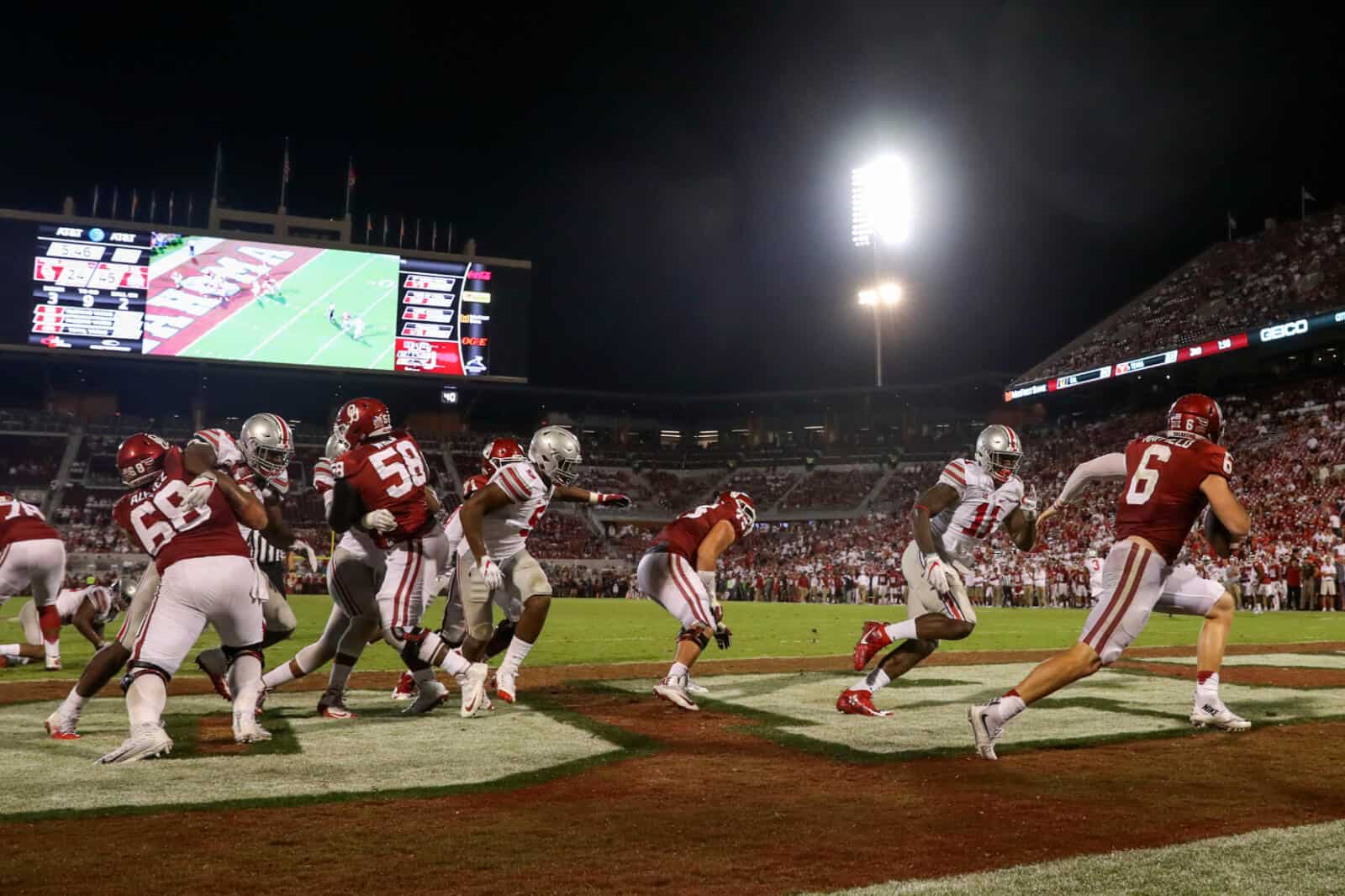 I LOVE YOU FOREVER AND ALWAYS COLLEGE FOOTBALL

This happened shortly after UCLA completed its ridiculous comeback that likely cost Kevin Sumlin his job (eventually, not immediately).  I’m not a UCLA die-hard or anything, but I root for chaos.  It’s hard to get more chaotic than that — of course, until Paul Johnson decided to go for two Monday night in a failed attempt to get a win before the Ramblin’ Wreck was actually required to go for two.  That led me to tweet:

I may be asking the same of the games I chose for this feature.  Let’s review:

We have six more games to break down this week — all written, so no heckling the narrator — right after this trivia question!

Trivia question, Week 2 (answer at the end of the column):  Liberty defeated Baylor, 48-45, last week to defeat its first-ever Power 5 opponent.  Against which three other FBS opponents did Liberty record victories since 2010?

Print that, tweet that, whatever:  Both teams’ defenses have many unanswered questions.  Whomever finds the answers first wins this one.

Clemson, Oregon and Oklahoma State were only 3 teams in the nation to have at least 300 yds rushing and 300 yards passing in week 1.

Print that, tweet that, whatever:  Bryant and Stidham are at the top of the card for this one, but the defenses will be the main event.

Print that, tweet that, whatever:  If OU coach Lincoln Riley can get revenge for last year’s loss, a CFP bid looms quite likely — if the Sooners take care of business.

Print that, tweet that, whatever:  Georgia is one of the trendy pundit picks this season.  Winning in South Bend would justify some of that confidence.

Print that, tweet that, whatever:  Stanford has owned this series of late, but this seems to be the time for USC to again wrest control — of the series and league.

Print that, tweet that, whatever:  Other games may get more national love, but this will be the most fun game to watch Saturday.  Look for another close one.

Quick note:  To all of you in the path of Hurricane Irma — including me, potentially — please be safe.  May you and yours escape this storm as unscathed as possible.

Want to keep up with more of this nonsense during the week? Sure you do! Follow me on Twitter by clicking the handy little Follow button below!

Until next week, football fans! Thanks for reading!