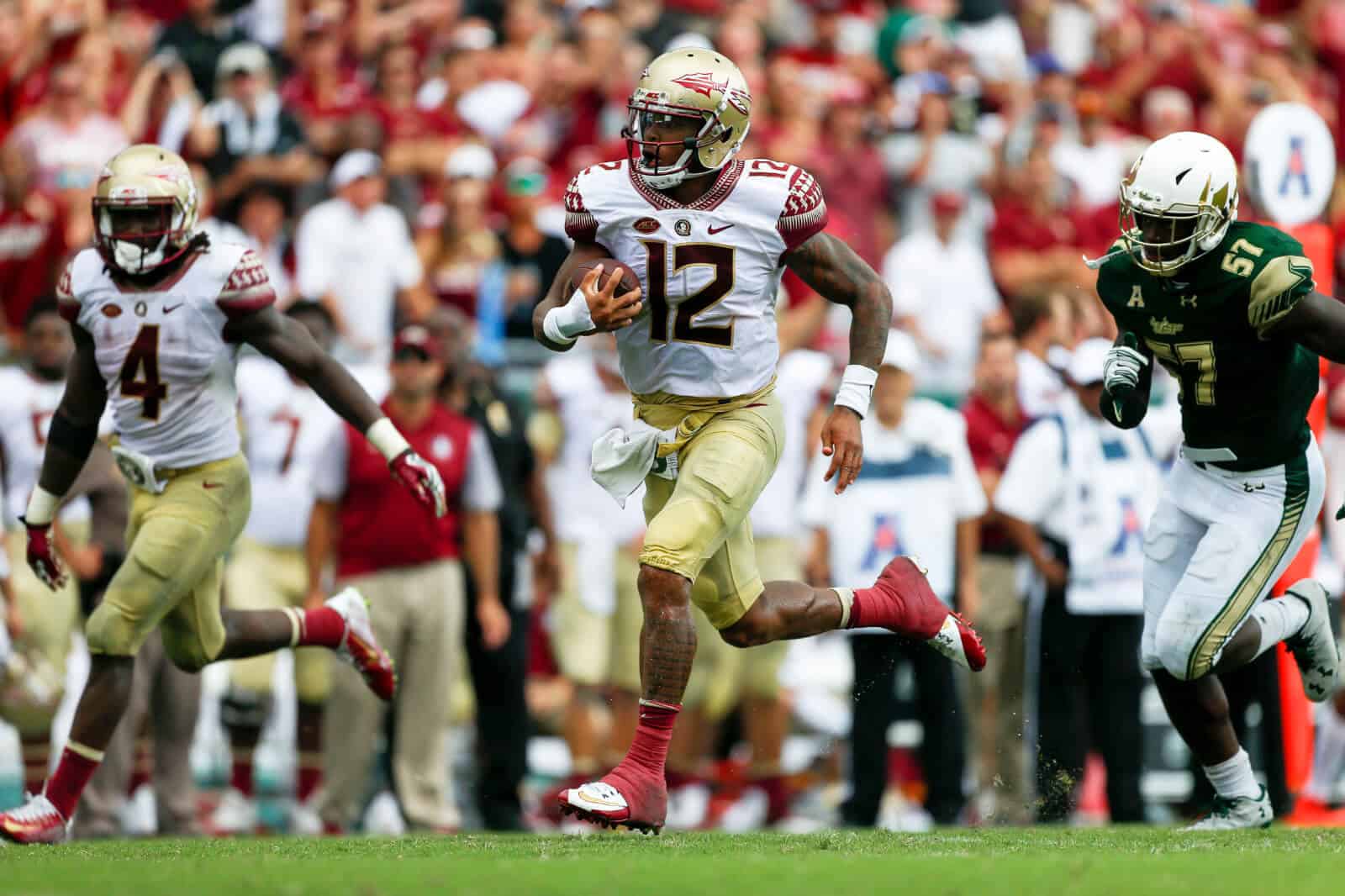 It seems as though every offseason gets longer and colder — well, okay, maybe not so much colder here in the southeastern United States — but you follow what I’m saying. We’ve spent too bleeding long away from college football, to be succinct.

As the month of September rolls around, college football appears, and so does this here little feature. Many of you have been reading — poor souls — since day one, and others are new to the feature. Want the lowdown on who we are and what we do? Just want the breakdown for the first three games on this week’s slate? All you need to do is plunk that little play button right below this block of text, and you are set. We’ve also moved the trivia question to the podcast, so you can go test your knowledge, too! Once you’ve done that, come on back here and read the rest of what we have to say about this week’s big games!

We also have a new bonus this year, so scroll to the bottom for that! On to the games first, though…

Print that, tweet that, whatever:  When a team has “or” on its QB depth chart twice and 10-plus suspended players, that makes things a bit tough. Can McElwain do it?

Print that, tweet that, whatever:  BYU looked listless at times against an FCS team last weeek. The Cougars can’t afford to sleepwalk early.

Print that, tweet that, whatever:  Georgia Tech attempted just 160 passes last year. They need to control the clock and tempo to beat the Vols.

25 years ago, Florida and Alabama played in the first SEC championship game. As a way to commemorate that occasion, we’ll include a special new feature each week. Since I’m a music dork and a sports fan, what better way to tie in those two things by letting you sample the number one song on the charts 25 years ago today? You’ll laugh! You’ll cry! You’ll wonder why anyone ever bought any of these songs!

What a debut we have, too.

If, like me, you’ve seen the movie Boomerang so much that you can quote it in inappropriate situations (“Now, Marcus…I hear a girl at the office..” — yeah, I’ll stop there), you remember the soundtrack. There’s not a bad track on the entire thing, and Boyz II Men really capped the record with this hit that seemed to play every 15 minutes.

Ladies and gentlemen, Boyz II Men’s “End of the Road”, the first number one we’ll feature from 25 years ago.

We’ve also, sadly, reached the end of the road for this feature. Follow me (@sportsmatters) or us (@FBSchedules) on Twitter for all the college football content you could ever need!

Until next week, enjoy the games. Also, Texas, we love you. You’re in our thoughts and prayers.