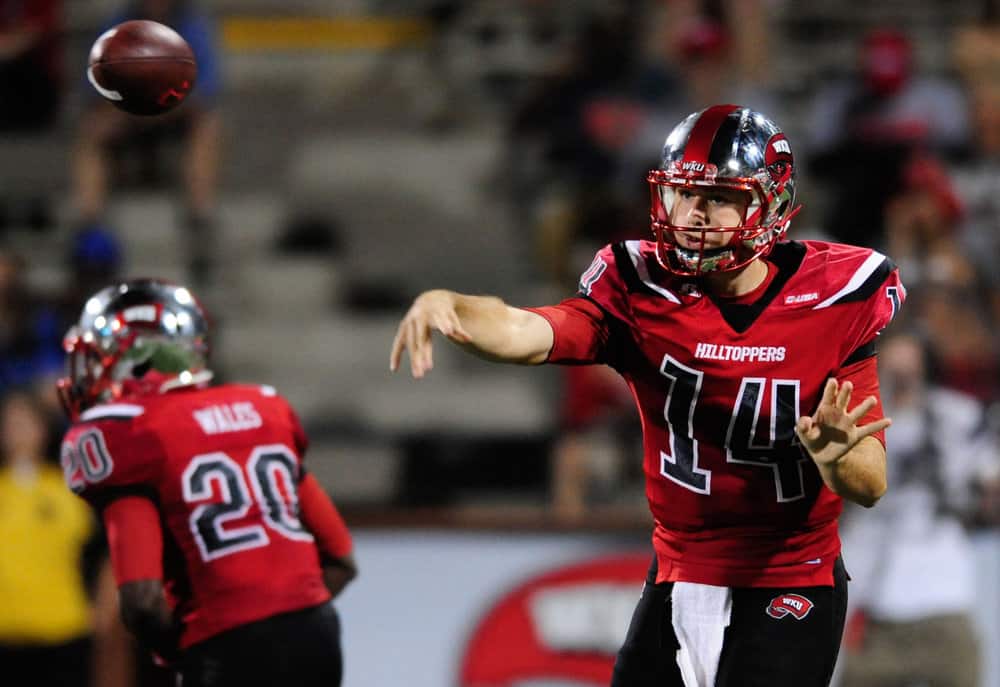 It’s not very often that one can say that a week of college football lasts 17 hours, but last week gave us that “gift”. The day started with the first game of our six last week, and closed with Wyoming collecting somewhat of an upset victory. The Cowboys clipped NIU, 40-34, in a three-overtime game that ended as the hour neared 5:00 in the morning in the east.

The action won’t be as good — or as long-lasting — this week, though we should admit that the first week is a bit of a tough act to follow.

We’ll unveil this week’s six games (and the link to submit your picks!) in just a bit, but first, here’s how last week’s games unfolded (rankings as of last week):

If you want to test your skills — in a contest with no prizes (I think) and not officially endorsed by FBSchedules — come place your picks here. All of your picks need to be submitted by the time each game starts.

Off we go to break down Week 2…right after trivia!

Trivia, Week 2 (answer at the end of the column): How much rock will compose the base of the football field constructed for the Virginia Tech-Tennessee game this Saturday?

Print that, tweet that, whatever: The Hilltoppers would be easy to dismiss as a threat, on paper. However, WKU’s offense will always keep them competitive.

Print that, tweet that, whatever: Vandy coach Derek Mason took a lot of heat last week for untimely QB rotations. If that happens again, they could be staring down 0-2.

Print that, tweet that, whatever: These teams will resume pleasantries again next season, but this game should show us that it should be an annual affair.

Print that, tweet that, whatever: BYU showed a lot of the grit we can expect from Sitake’s teams last week. They come by it honestly — they’re a mirror image of Utah.

Print that, tweet that, whatever: Was Tennessee’s scare against Appalachian State a hiccup or a harbinger? A record crowd and Justin Fuente’s team will give us that answer.

Print that, tweet that, whatever: Mahomes is as impressive a quarterback as there is at the FBS level. ASU’s record of success in Tempe is hard to argue, however.

Trivia answer: I asked earlier: How much rock will compose the base of the football field constructed for the Virginia Tech-Tennessee game this Saturday?

8,500 tons of rock will form the base of the field at Bristol Motor Speedway.

Wait, Middle Tennessee and Vanderbilt is a clear your schedule, but not Pitt-Penn State?

Hindsight being 20-20, I might have included that one instead. :)