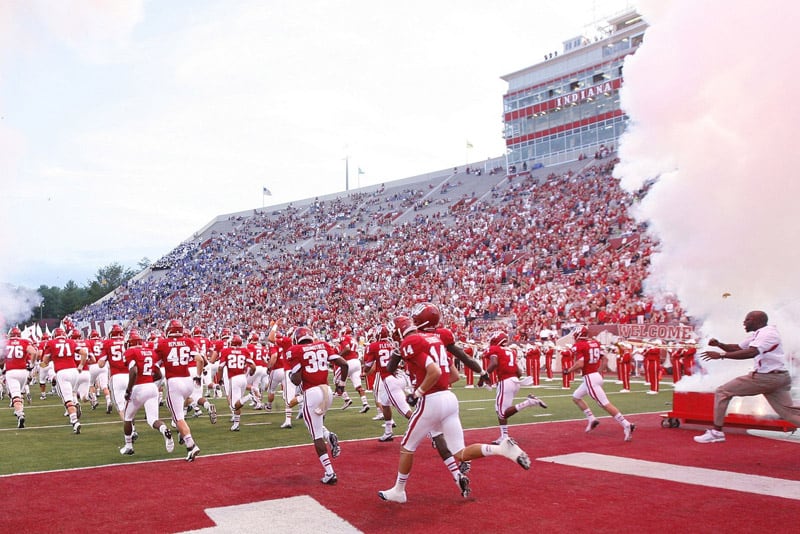 The Cincinnati Bearcats and the Indiana Hoosiers have scheduled a home-and-home football series for 2021 and 2022, multiple sources have confirmed.

Brett McMurphy of ESPN first reported the UC-Indiana matchup this morning. Tom Groeschen of the Cincinnati Enquirer then confirmed the series and dates.

Indiana will host the first game of the series at Memorial Stadium in Bloomington on Sept. 18, 2021. Cincinnati will then host the final game at Nippert Stadium on Sept. 24, 2022.

The two schools last met on the gridiron in Bloomington in 2000. Indiana has won the last five meetings and currently leads the overall series 9-3-2.

With the announcement of this series, both schools now have their first non-conference opponent for the 2021 and 2022 seasons.

Tom Groeschen also reported today that Cincinnati is currently in discussions for future football games against Louisville, Kentucky, and Pittsburgh.

Earlier this month, UC head coach Tommy Tuberville dispelled rumors of a possible home-and-home series with Alabama and also mentioned that he had talked with Texas A&M about a possible matchup.

Will the world still be around in 2020? Being a bit optimistic don’t you think?