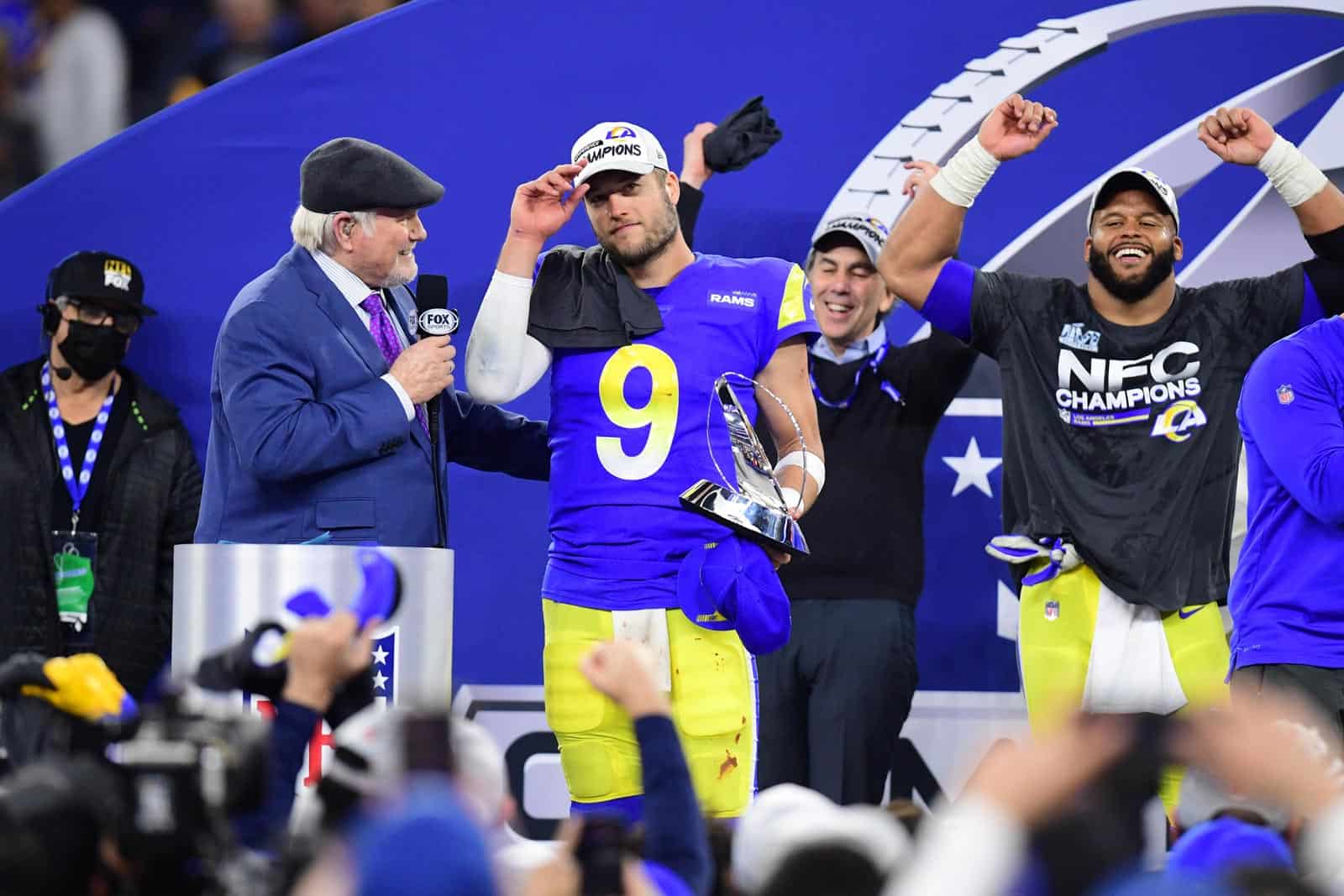 The Cincinnati Bengals and the Los Angeles Rams will meet in Super Bowl LVI after each team won their respective conference championship games on Sunday.

In the AFC Championship Game on Sunday, the Cincinnati Bengals went on the road and upset the Kansas City Chiefs 27-24 in overtime at Arrowhead Stadium in Kansas City, Mo.

On the ground, Cincinnati running back Joe Mixon rushed 21 times for 88 yards (4.2 average).

One of Mahomes’ interceptions proved the costliest as it occurred in overtime. The Bengals then moved the ball on the ensuing possession down to the Kansas City 13-yard line. Bengals kicker Evan McPherson then converted a 31-yard field goal to send the Bengals to the Super Bowl.

In the NFC Championship Game, Rams quarterback Matthew Stafford completed 31-of-45 passes for 337 yards, two touchdowns, and one interception. Both touchdowns were completed to wide receiver Cooper Kupp, who finished with 11 receptions for 142 yards.

Odell Beckham, Jr. also had a big game for the Rams after he hauled in nine catches for 113 yards.

The Cincinnati Bengals and the Los Angeles Rams will now meet in Super Bowl LVI on Sunday, Feb. 13, 2022 at SoFi Stadium in Inglewood, Calif. The game will be televised by NBC at 6:30pm ET.