Cincinnati at Tulsa regular-season finale canceled due to COVID-19 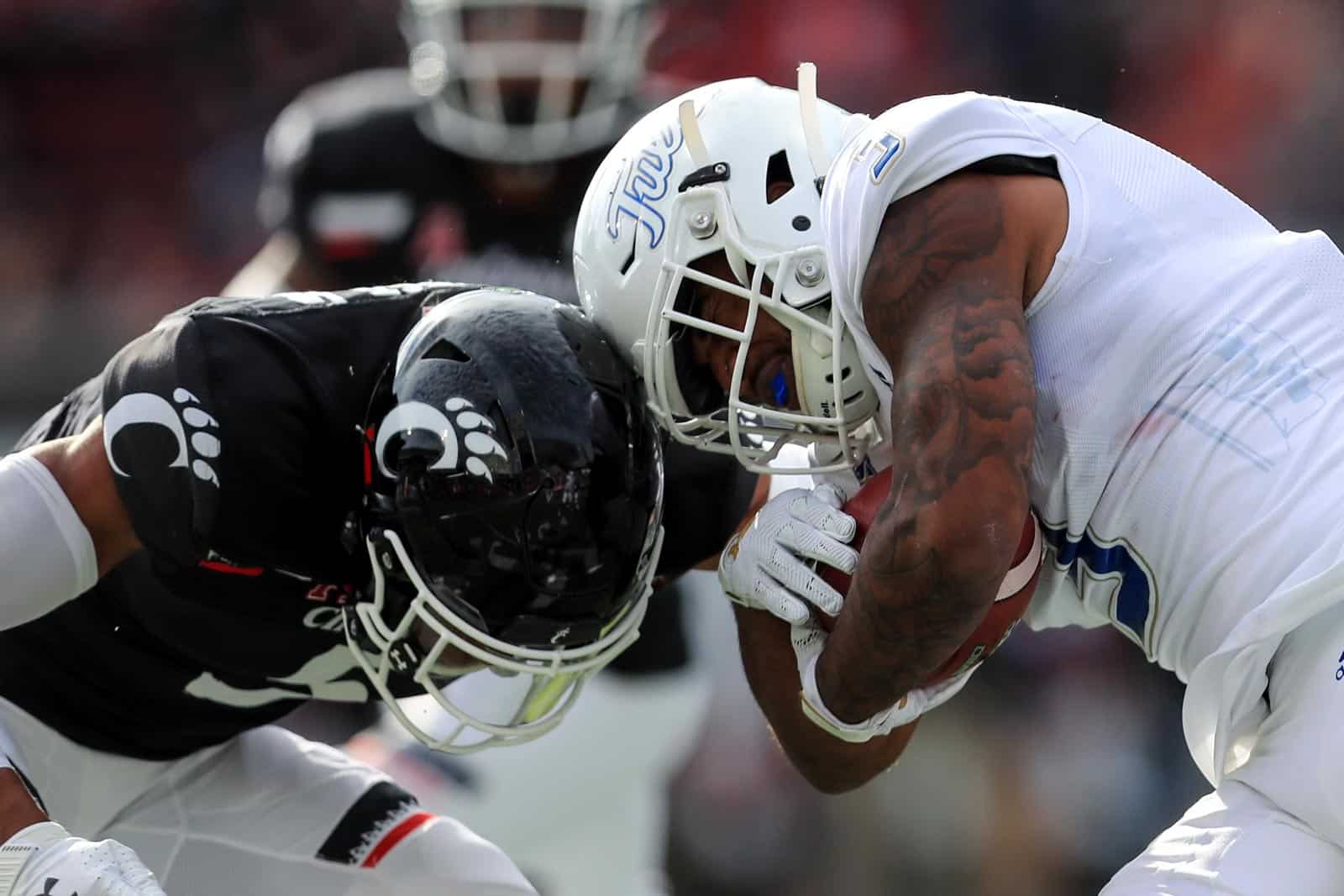 The Cincinnati Bearcats at Tulsa Golden Hurricane football game has been canceled due to COVID-19, the American Athletic Conference announced on Tuesday.

The two schools were scheduled to meet at H.A. Chapman Stadium in Tulsa, Okla., on Saturday, Dec. 12, which was slated to be the regular-season finale for both teams. The game will not be played due to “…positive COVID-19 cases at Cincinnati, the ensuing contact tracing of student-athletes, and the recommendation of the conference’s Medical Advisory Group.”

The Cincinnati-Tulsa regular-season matchup will not be rescheduled. The two schools are scheduled to square off in the American Athletic Conference Championship Game, which is set for Saturday, Dec. 19.

The team that is ranked higher in the College Football Playoff rankings set for release tonight will host the game, per The American’s tiebreaking procedure. Cincinnati is currently ranked 7th, while Tulsa is ranked 24th.

“Like so much of our country, the Bearcats football program has dealt with rising cases of COVID-19 over the last several weeks,” UC Director of Athletics John Cunningham said. “Since returning from Orlando on Nov. 21, 2020, we had an increased number of positives among our student-athletes, coaches and staff. Thankfully, we have had very few symptomatic cases and those who did show symptoms appear to be doing well. This week, we began a slow, measured return to activities, fully aware of the importance of monitoring our student-athletes who are returning after time away from practice. If we are selected to host the AAC Championship game on Dec. 19, we have requested a variance with the state of Ohio to allow a limited number of fans in the stadium. We look forward to continuing our season on Saturday, Dec. 19.”

Both Cincinnati and Tulsa are 6-0 in conference action this season, which puts the American’s tiebreaking procedure into play.

“It’s disappointing for our football team and fans that we will not have the opportunity to play the final home game of the season on Senior Day,” said Tulsa Director of Athletics Rick Dickson. “The hard work and dedication and the adversity our student-athletes have battled through this year is evident of their character and their desire to continue to play football. They and the coaching staff have put themselves in position to compete for a conference championship, and now turn their focus to that title game.”

SO: IF Cincy defaults next week, too, Tulsa is AAC champs, we presume.