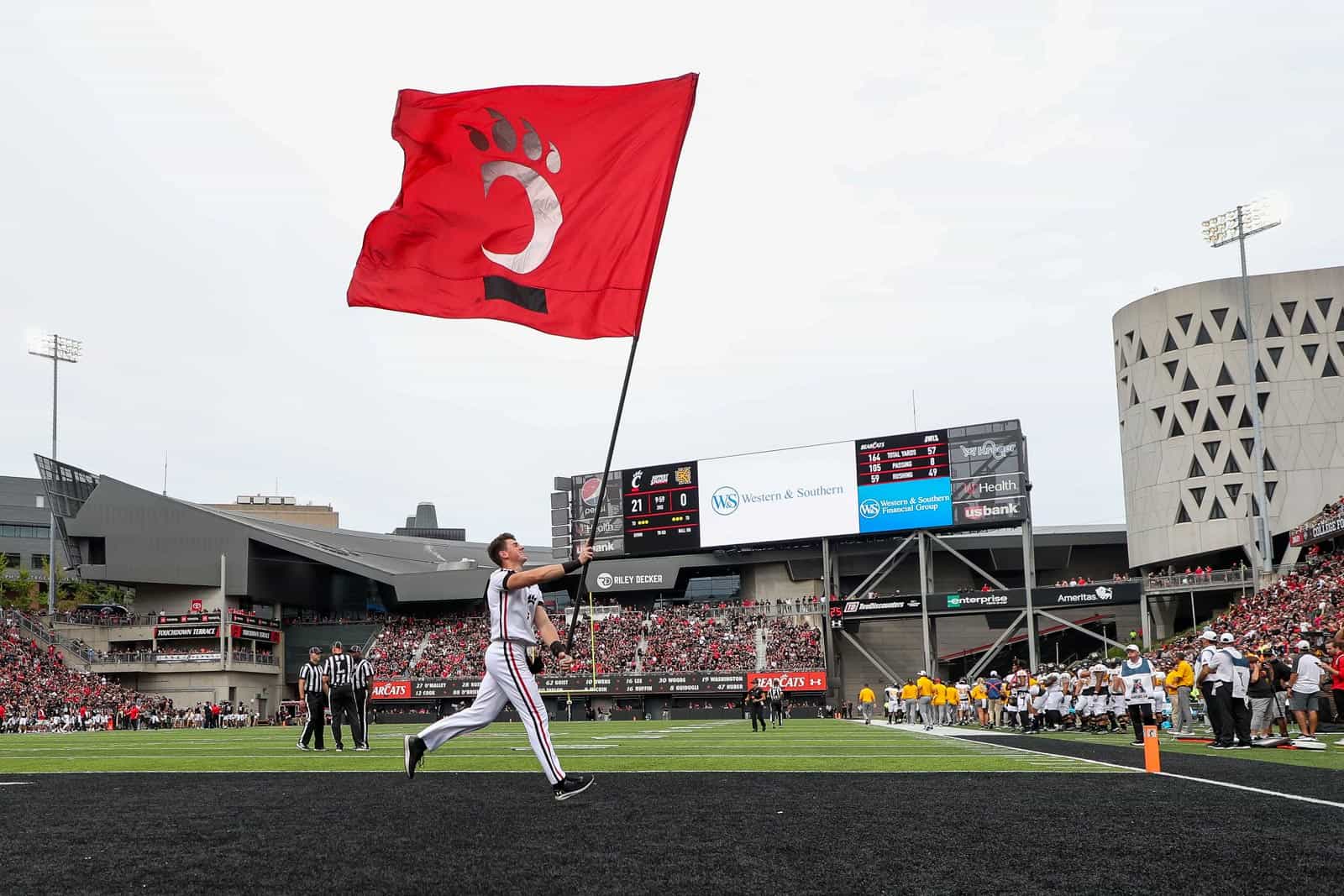 The Cincinnati Bearcats have finalized their non-conference football schedules for the 2023 and 2024 seasons, the school announced on Tuesday.

The 2023 season will be the first for Cincinnati in the Big 12 Conference. The Bearcats have competed in the American Athletic Conference since the 2013 season.

Cincinnati will open the 2023 season at home at Nippert Stadium in Cincinnati, Ohio, against the Eastern Kentucky Colonels on Saturday, Sept. 2. EKU competes in the ASUN Conference in the Football Championship Subdivision (FCS).

One week later, Cincinnati will travel to face the Pitt Panthers of the ACC at Acrisure Stadium in Pittsburgh, Pa., on Sept. 9 before returning home to host the Miami (Ohio) RedHawks of the MAC on Sept. 16.

The 2023 Big 12 Conference schedule has not yet been announced. The league typically releases their slate in October or November, but that could be delayed with the additions of Cincinnati, BYU, Houston, and UCF to the conference.

Cincinnati will begin the 2024 season at home with a visit from the Towson Tigers on Saturday, Aug. 31. Towson is a member of the Colonial Athletic Association (CAA) in the FCS.

The following week on Sept. 7, Cincinnati will host Pitt to close out their home-and-home series. One week later on Sept. 14, the Bearcats will travel to face the Miami RedHawks at Yager Stadium in Oxford, Ohio.

Below is a look at Cincinnati’s non-conference schedules for the 2023 and 2024 seasons:

Not impressive in the least.

I support keeping Miami U on the annual schedule only if the P5 leagues all roll back to 7 conference games to make room for more juicy OOC matchups which would impress the CFP committee, something I think P5 teams would want to do. Otherwise, UC should end the Miami U series and start one with Ohio State with Bearcats home games in the series being played at Paycor Stadium. Both Miami U and OSU can be on UC’s annual schedules if the roll back in conference games occurs (which it should especially to keep Bedlam on the schedule).

Why in the world would Cincinnati give up a home game to please Ohio State?