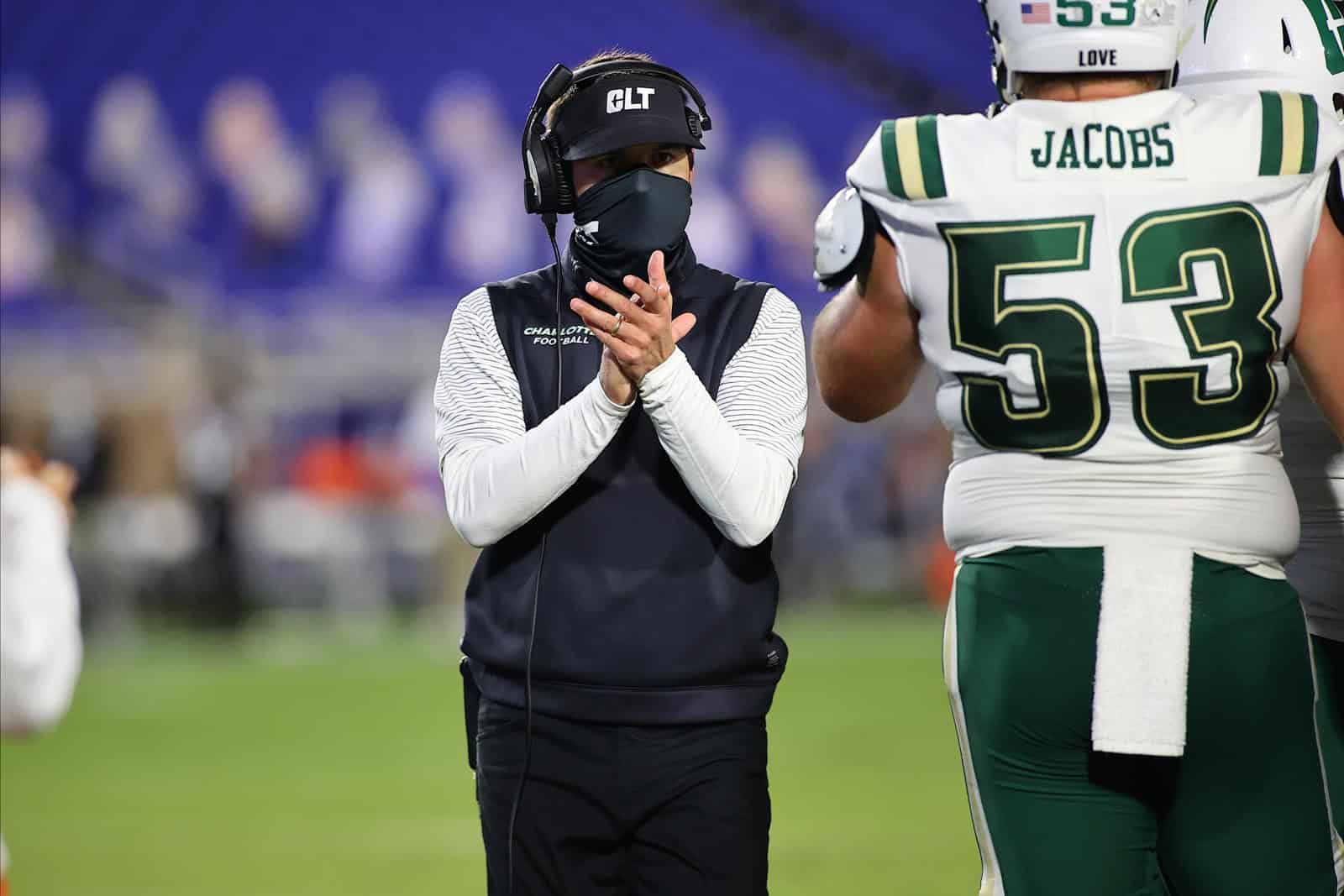 The Charlotte 49ers have added The Citadel Bulldogs to their 2026 football schedule, according to a contract obtained by FBSchedules.com.

Charlotte will host The Citadel at Jerry Richardson Stadium in Charlotte, N.C., on Saturday, Sept. 5, 2026. The 49ers will pay the Bulldogs a $305,00 guarantee for playing the game, according to the copy of the contract.

The 2026 contest between Charlotte and The Citadel will mark the second meeting between the two schools on the gridiron. In their first meeting back in 2014, Charlotte traveled to Charleston, S.C., and lost to The Citadel, 63-56.

The addition of The Citadel gives Charlotte three opponents on their non-conference football schedule for the 2026 season. The 49ers are also scheduled to host the Ole Miss Rebels on Sept. 12 and travel to take on the Appalachian State Mountaineers on Sept. 19.

Charlotte joins a home matchup with the Charleston Southern Buccaneers on The Citadel’s 2026 non-conference slate.

The 49ers are now slated to face a team from the Football Championship Subdivision (FCS) in five of the next six seasons. Charlotte will host Gardner-Webb in 2021, William & Mary in 2022, South Carolina State in 2023, Gardner-Webb again in 2024, and The Citadel in 2026.