Central Michigan to Play at Boston College in 2017 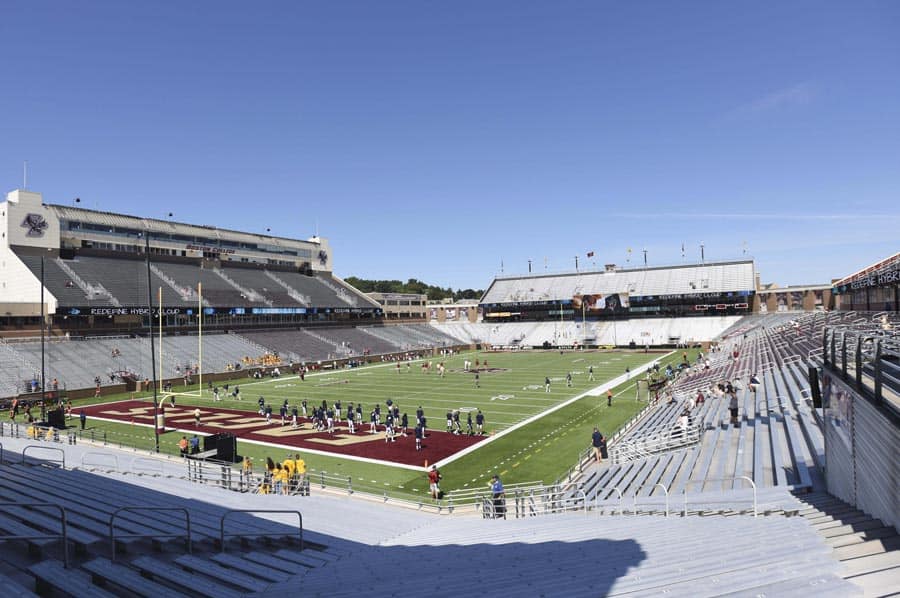 Last week, Boston College revealed to season-ticket holders that they would be hosting Central Michigan in 2017 rather than the previously announced Richmond Spiders.

That game is now finalized as both the Central Michigan Chippewas and the Boston College Eagles have executed the game contract, according to a copy we received from CMU via a public records request.

Central Michigan will travel to take on Boston College at Alumni Stadium in Chestnut Hill, Massachusetts on Sept. 30, 2017. The Chippewas will receive a $625,000 guarantee for the game, according to a copy of the contract.

Boston College has also tentatively completed their non-conference slate in 2017. The Eagles are scheduled to open the season at Northern Illinois (Sept. 2) and later host Notre Dame (Sept. 16) and travel to UConn (Nov. 18).

Strange domino effect that led to changes in two schools I went to – BC dropped Richmond, which will now play at SHSU and then picks up CMU to replace the game.