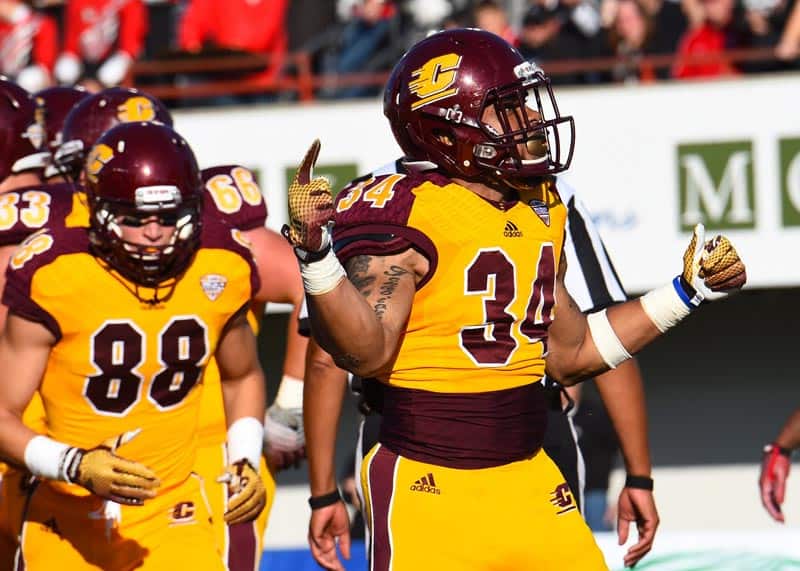 The Monmouth Hawks announced today that they have scheduled their first two FBS opponents in program history — Central Michigan and Kent State.

Monmouth will travel to face Central Michigan at Kelly/Shorts Stadium in Mount Pleasant on Sept. 12, 2015. The following season, the Hawks will take on Kent State at Dix Stadium in Kent, Ohio on Sept. 17, 2016.

“As we continue to increase scholarships, playing FBS opponents is something that we look forward to and are excited about,” said Monmouth Head Coach Kevin Callahan. “We currently have FBS opponents scheduled in 2015 and 2016, and we are looking into potential opportunities for 2017 and beyond.”

Monmouth, located in West Long Branch, NJ, first fielded a football team in 1993 and played as an Independent for three seasons. The Hawks then competed in the Northeast Conference before going Independent again in 2013.

For the 2014 season, Monmouth joined the Big South Conference. The Hawks are 5-1 this season, but have yet to face a Big South opponent.

“Scheduling FBS teams is an indication of how Monmouth football has progressed and the direction that we are heading,” said Callahan. “There is no doubt that this will have a positive impact in every area of our program and most importantly, in our recruiting.”

The addition of Monmouth tentatively completes the 2015 non-conference schedule for the Central Michigan Chippewas. CMU opens the 2015 season at home vs. Oklahoma State on Sept. 3. After hosting Monmouth, the Chippewas travel to Syracuse on Sept. 19 and Michigan State on Sept. 26.

Monmouth is the second announced non-conference opponent for Kent State in 2016. The Golden Flashes are also set to open at Penn State on Sept. 3.

CMU is in Mount Pleasant, MI – EMU is in Ypsi.

Thanks, I did that one off the top of my head. But I did spell Ypsilanti right!

Seems like Monmouth is also angling to be the next team to move into CAA Football if a space opens up.