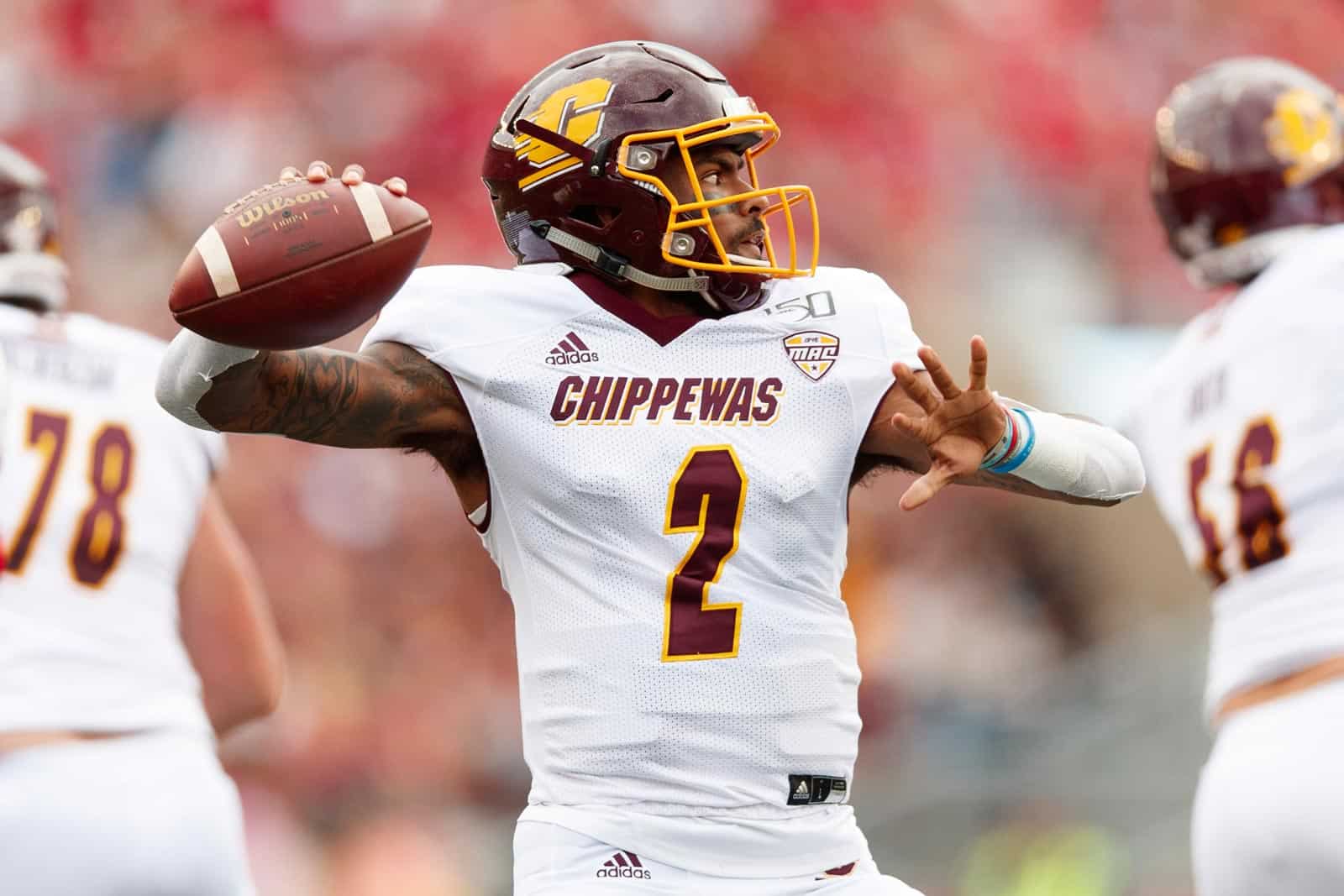 The Central Michigan Chippewas have added the Robert Morris Colonials to their 2021 football schedule, the school announced on Tuesday.

Central Michigan will host Robert Morris at Kelly/Shorts Stadium in Mount Pleasant, Mich., on Saturday, September 11, 2021. The game will mark the first-ever meeting between the two schools.

Robert Morris is a member of the Northeast Conference (NEC) in the Football Championship Subdivision (FCS). The Colonials are 0-3 so far this season following consecutive losses to Buffalo, Kentucky State, and Dayton.

“As we prepare to head to South Florida this weekend for a game at Miami, it is clear what great fans we have in that area and this gives us another opportunity to play in front of those alums and supporters,” Zyzelewski Family Associate Vice President/Director of Athletics Michael Alford said. “It also brings another quality opponent to Kelly/Shorts stadium as we continue to build attractive home slates for our fans.”

The addition of Robert Morris completes Central Michigan’s non-conference schedule for the 2021 season. CMU is also scheduled to play at Missouri (Sept. 4) and LSU (Sept. 18) and host FIU (Sept. 25) that season.

Central Michigan is the second known non-conference opponent for Robert Morris in 2021. The Colonials are also scheduled to play at Morehead State on Sept. 18.