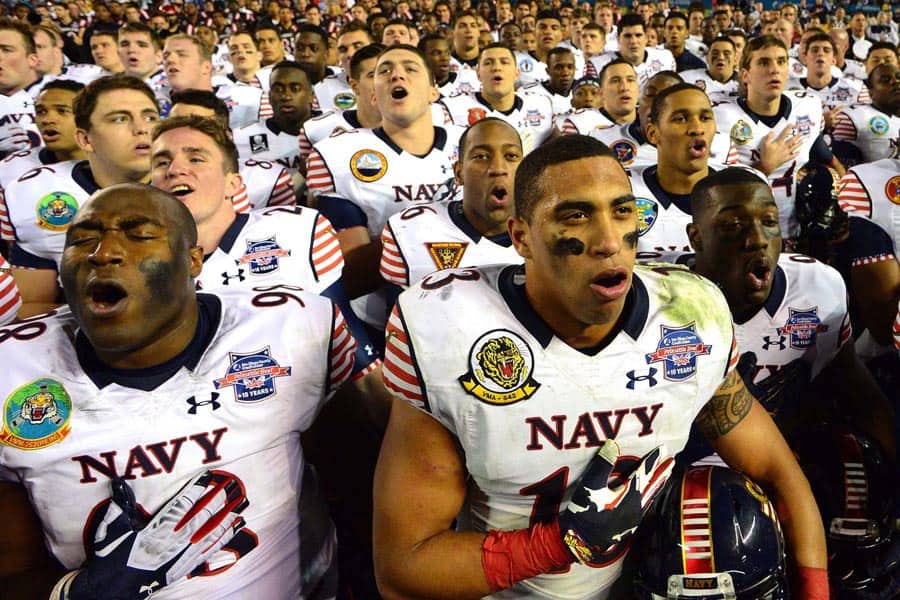 CBS Sports, the American Athletic Conference, and Navy have agreed to a 10-year contract extension through 2027, it was announced on Wednesday.

The extension ensures that most Navy Midshipmen home football games will be broadcast on CBS Sports Network over the next 10 seasons.

“I am very pleased that we will continue this long-standing partnership with our great friends at CBS,” said Chet Gladchuk, Naval Academy Director of Athletics. “Over the years, CBS has played an integral role in producing a wonderful story that is Navy football and the Naval Academy.  Another decade of sharing our midshipmen with the nation through the eyes of CBS productions for our home games is exciting and much appreciated.”

Navy’s home football games will continue to kick off in the afternoon, per their request.

Just spoke with Navy athletic director Chet Gladchuk about the new 10-year deal with CBS. Gladchuk said this is largely about ensuring that all Navy home games are played on Saturday afternoons as has been the custom for decades.

The biennial Notre Dame at Navy game, which is not played in Annapolis, is not part of the CBS Sports deal. The game will become an AAC/ESPN property beginning in 2020.

Also, and this is very important, the American Athletic Conference will be getting the Navy-Notre Dame (in years that Navy is the host) beginning in 2020. That is a huge, huge value the AAC previously did not have.

“Navy is an incredible partner and our relationship with the institution and the American Athletic Conference continues to remain of utmost importance to CBS Sports,” said Dan Weinberg, Executive Vice President of Programming, CBS Sports. “We are thrilled to extend our partnership and showcase the best of Navy athletics and their student-athletes.”

“We are pleased to be able to extend the longstanding and mutually beneficial relationship between Navy and CBS Sports,” said Mike Aresco, American Athletic Conference Commissioner. “Navy has enjoyed tremendous success on the football field as a member of our conference and we are proud that the competition within our conference will feature the remarkable student-athletes and coaches from the Naval Academy on one of the standard-bearers in sports television.”

Last year, it was announced that the annual Army-Navy game will remain on CBS Sports through the 2028 season.

AS a Navy fan I am quite happy. I even get this channel on my “medium” Direct TV package.

Good for Navy and its fans for locking up that afternoon time slot. Hopefully, the Mountain West follows suit and places more emphasis on start times than their current tv deal does.

Getting the rights “home” game vs. Notre Dame (probably on ABC from 2020 onward) and one legit home game (likely an American game) was a great get for ESPN. I didn’t think CBS Corporation would be able to make another deal with Navy football, but it pulled this one off very well.