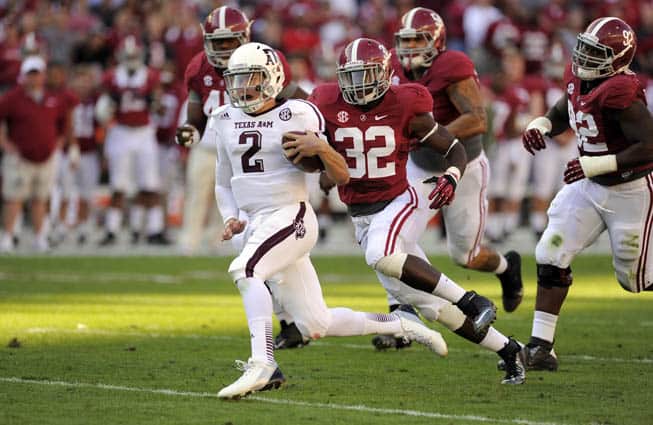 The CBS “SEC Game of the Week” kicks off on Saturday, Sept. 14 at 3:30 p.m. ET when Alabama travels to face Texas A&M. The defending national champion Crimson Tide’s only loss last season was to Johnny “Football” Manziel and the Aggies.

The Arkansas-LSU game, which is in Baton Rouge this season, will be played in its usual day after Thanksgiving spot on Friday, Nov. 29 at 2:30 p.m. ET.

Overall, CBS will televise 16 SEC football games in 2013. Games not listed will be announced 6-to-12 days prior to the contest.

When is the Big 10 going to learn it does not have to release start times for October games in April? Please.

what does it matter to you? it would seen to me that if you are planning to attend the games it is nice to know if you need to get a hotel room due to the starting time.