California to play at Notre Dame in 2022 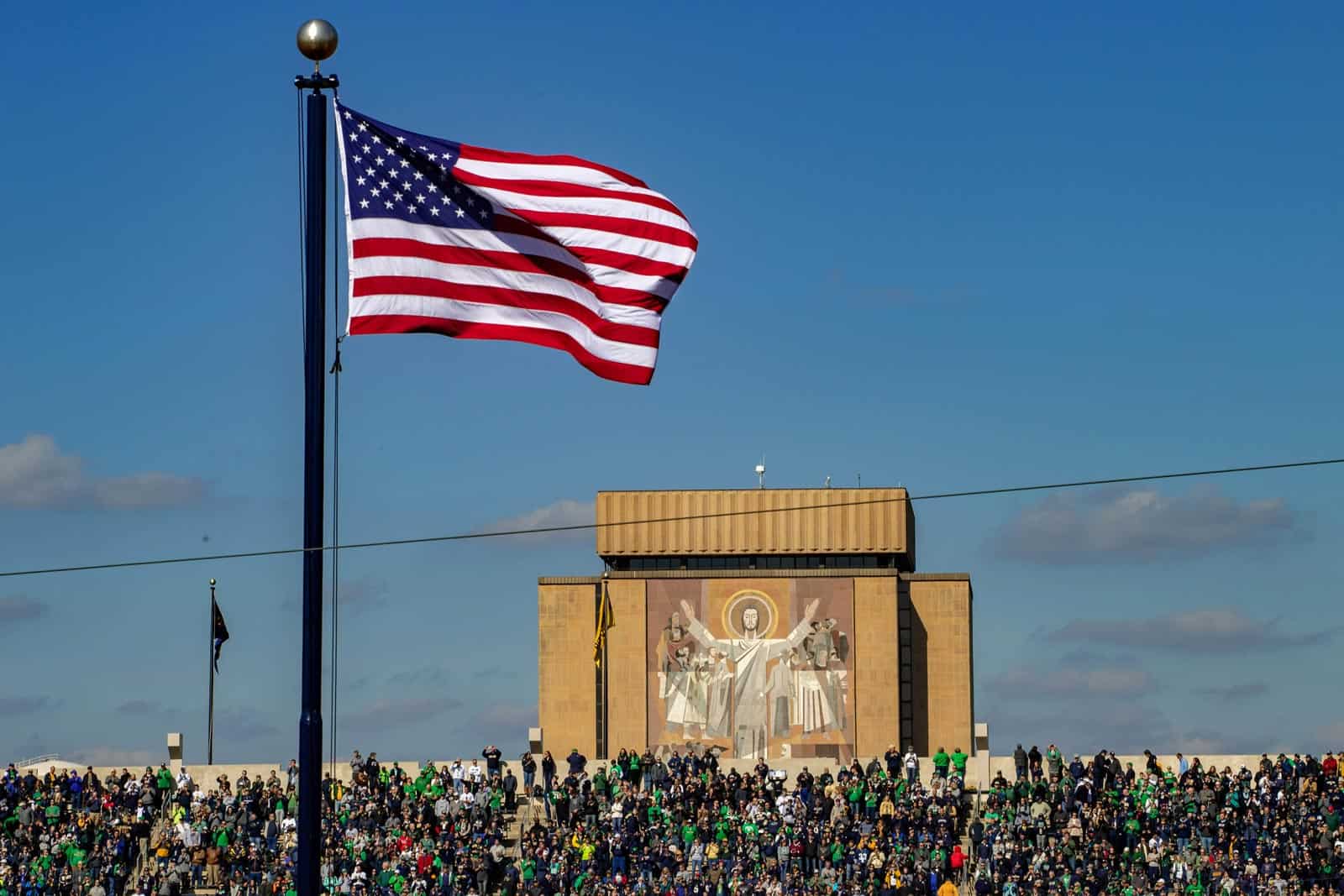 The California Golden Bears will play at the Notre Dame Fighting Irish in 2022, the school announced on Monday.

California will travel to take on Notre Dame on Saturday, September 17, 2022. The game will be only the fifth overall meeting between the two schools on the gridiron.

California and Notre Dame first met on the gridiron in 1959 in Berkeley, Calif. In their most recent matchup in 1967, Notre Dame defeated Cal 41-8 in South Bend to take a 4-0 lead in the overall series.

“We are looking forward to visiting Notre Dame, and I know that many of our fans will, too,” Cal Director of Athletics Jim Knowlton said. “Notre Dame Stadium is an iconic venue, and this game provides another opportunity for our alumni to support their Bears on the road. We saw a great turnout for our game at Ole Miss this past season and again at the Redbox Bowl in Santa Clara. I expect we’ll have another large contingent follow us to Notre Dame for this exciting contest.”

“Our players and coaches look forward to playing in an iconic stadium and competing against a college football program with the rich tradition and history of Notre Dame,” Cal head coach Justin Wilcox added. “Notre Dame Stadium has been home to some of college football’s biggest games and greatest moments, and we are excited to give everyone involved with Cal football the opportunity to experience such a renowned place in our sport’s history.”

Is there an agreement for Notre Dame to make a return trip, a seven figure (I hope) payday for Cal, or is a match-up with Notre Dame so coveted that a Power 5 school would travel 2500 miles for the exposure of playing mighty ND?

Single-game. I’ve requested the contract from Cal, but it will probably be a couple of weeks before they send it.

Likely a 7 figure payout…Cal athletic department operating very deep in the red as recently as two seasons ago.

I think that Colorado took $1.4M to play Ohio State a few years ago. Sad when a P5 team needs a payday game.