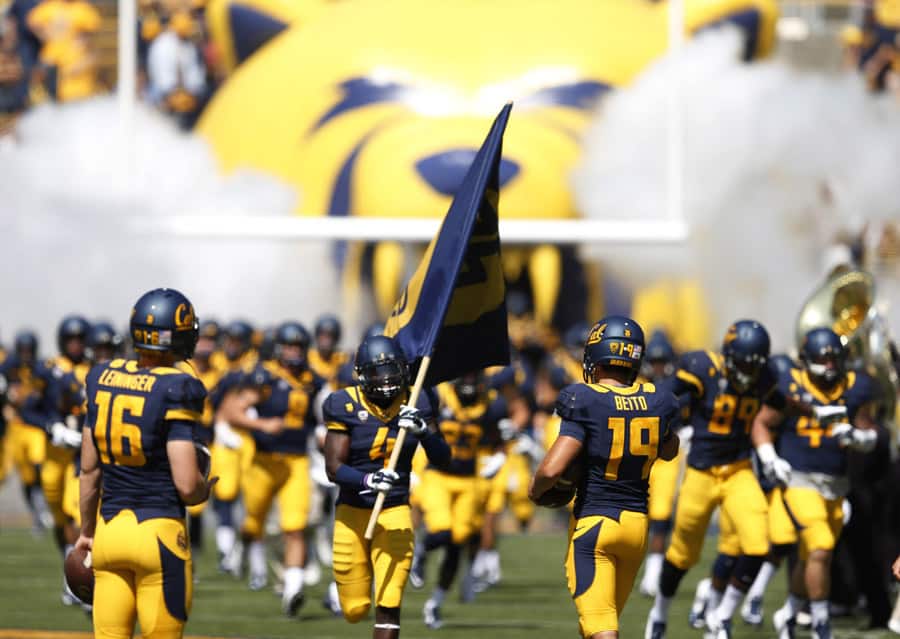 The California Golden Bears have added games against UC Davis and Cal Poly to their future football schedules, the school announced today.

Cal will host the UC Davis Aggies at Kabam Field at California Memorial Stadium to open the 2019 season on Aug. 31. The following season, the Cal Poly Mustangs will visit Berkeley on Sept. 12, 2020.

Cal is 9-0 all-time against UC Davis and has never faced Cal Poly.

The addition of UC Davis and Cal Poly completes Cal’s non-conference schedule for both the 2019 and 2020 seasons.

After opening vs. UC Davis in 2019, two weeks later the Golden Bears host in-state foe San Jose State (Sept. 14). Cal then hits the road to face Ole Miss (Sept. 21), which is the final game of a home-and-home series that begins in 2017.

In 2020, Cal open the season at home against TCU on Sept. 5. After hosting Cal Poly the following week, the Golden Bears travel to take on the Auburn Tigers (Sept. 19). Auburn returns the trip to Cal in 2021.

P12, BigX, B1G are quickly getting scheduled up, while the SEC scheduling languishes.

If this were an SEC team doing this, the comments would be full of hate. Instead, this was posted four days ago and there is one comment. All teams schedule cupcakes. ALL teams.

Joe, your argument is a little incomplete. Yes, all P5 Schools play “cupcakes”, but the problem is the SEC loads up on a higher percentage of “cupcakes”. You may need to take off your sun glasses or blinders or whatever it is that impairing your vision and try to see the whole picture. I really don’t thing there’s as much hate as you would want, just more frustration.

The SEC doesn’t ‘load up’ on a higher percentage of cupcakes. That’s absurd. The SEC follows the basic formula everyone has followed for the last thirty years. One power five, two other Division I-A schools that they should beat, and one FCS school. Sure, there are exceptions, but that’s pretty much the way most everyone has done it for a good while now.

Oh, and then the SEC goes and plays eight teams from the best conference in football.

But don’t take my word for it. Take the NFL’s word for it. The SEC has more players drafted than any other league… That’s a pretty good measuring stick that is completely unbiased. In fact, it’s probably the best measuring stick because the NFL has a lot to loose when a draft pick doesn’t work out.

But hate on, haters… The SEC is still best and you know it.

Almost all teams, but not all. UCLA, USC, and Notre Dame have never played an FCS (former I-AA) team in football.