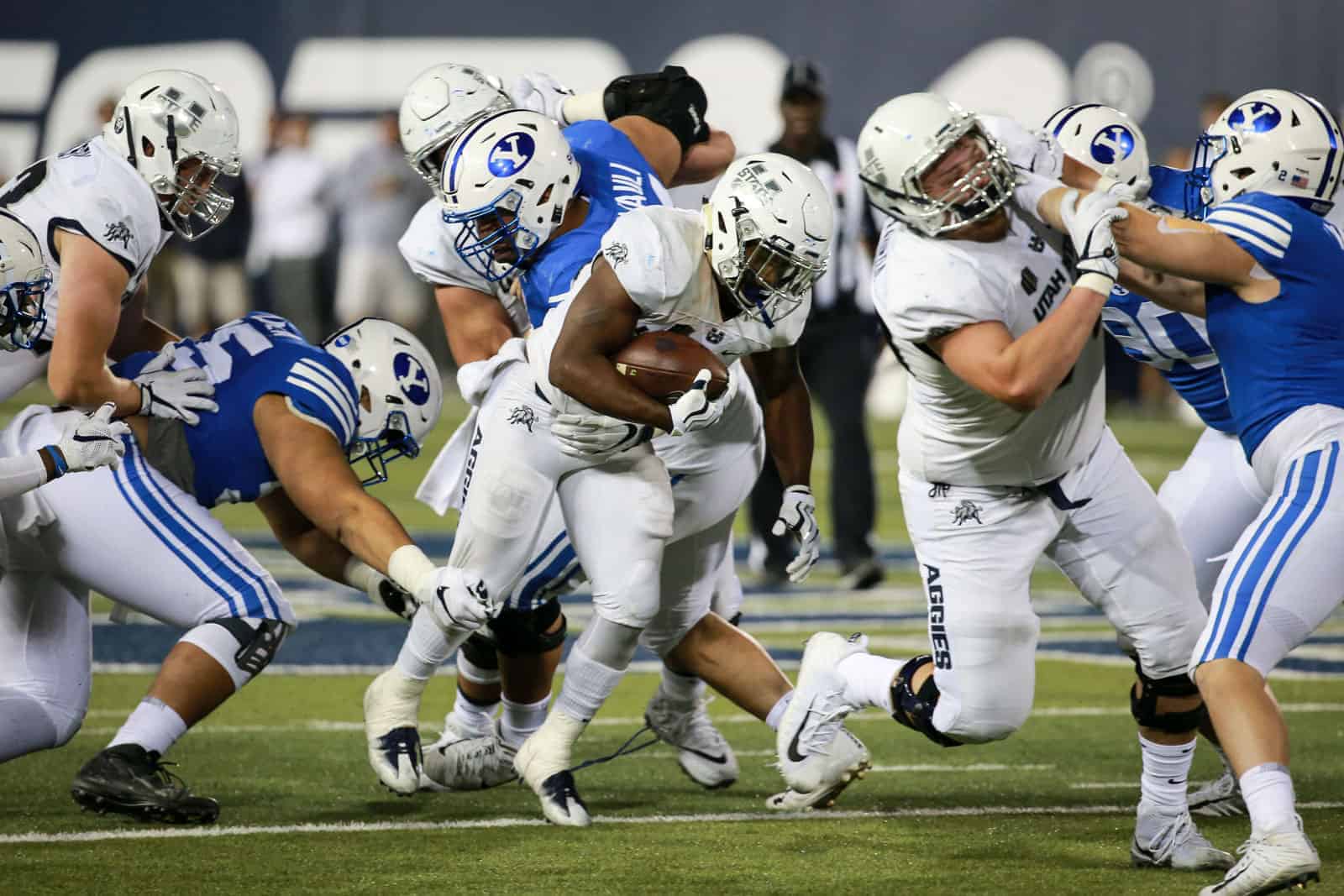 The BYU Cougars and the Utah State Aggies have added games in 2021 and 2022 to their existing football series, both schools announced on Thursday.

BYU will travel to face Utah State at Romney Stadium in Logan on Friday, Oct. 1, 2021. The Cougars will then host the Aggies at LaVell Edwards Stadium in Provo on Friday, Sept. 30, 2022.

“There’s a lot of history and tradition in our longstanding football series with Utah State,” said BYU director of athletics Tom Holmoe. “I appreciated working with John Hartwell to further extend the series into the future. I have loved the in-state rivalry with USU as a player, coach and now as an administrator. I look forward to these future games.”

The Cougars and Aggies have met a total of 87 times on the gridiron. BYU leads the series 48-36-3 and has won five of the last seven contests.

With the addition of BYU, Utah State has now completed their non-conference schedule in 2021. Other opponents that season include Washington State (Sept. 4) and New Mexico State (Nov. 6) on the road and North Dakota (Sept. 11) at home.