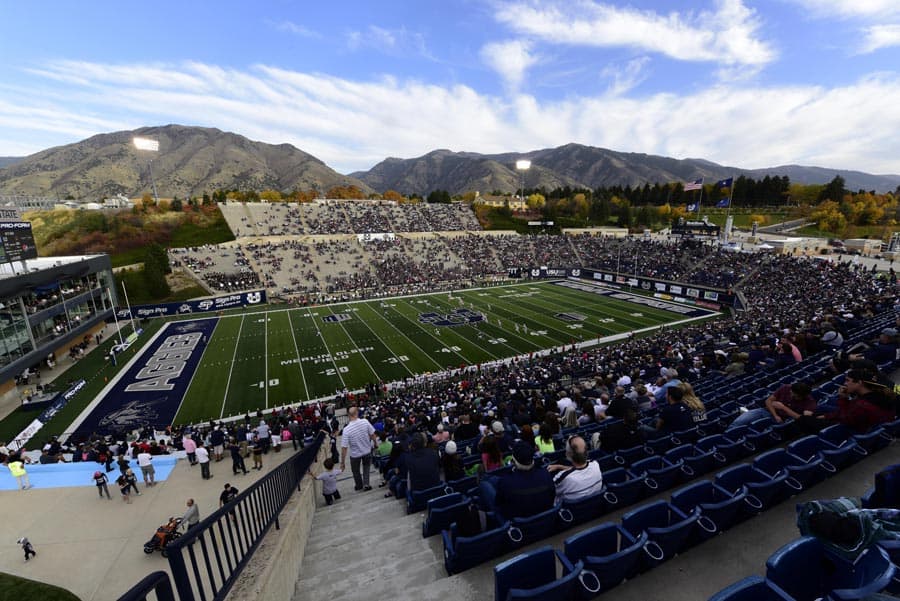 The BYU Cougars and the Utah State Aggies have added games in 2019 and 2020 to their existing football series, both schools announced today.

“I believe it’s important to continue this longstanding football series with Utah State. There is a lot of history and tradition between the two universities and the recent games have been very competitive,” said BYU director of athletics Tom Holmoe. “Scott Barnes has done an outstanding job at USU, and the Aggies have gained strength in all areas of their football program. I’ve loved the in-state rivalry with USU as a player, coach and administrator and look forward to these future games.”

“We are excited to continue our home and home series with BYU long-term,” said Utah State VP and Director of Athletics Scott Barnes. “This rivalry is important to both institutions and the state of Utah.”

Utah State is also scheduled to visit Wake Forest in 2019. The 2020 game at BYU is the first announced non-conference game for the Aggies for that season.