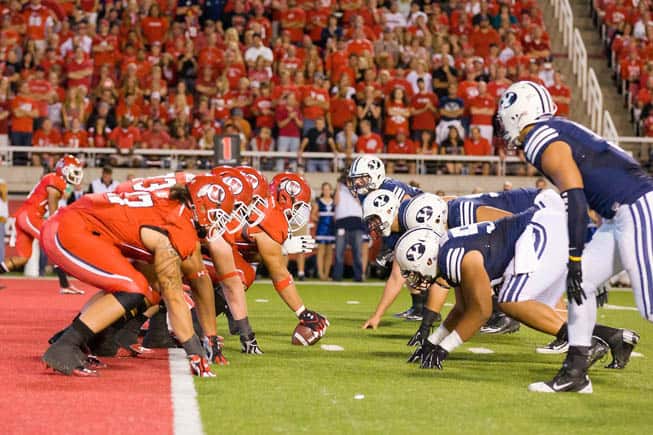 The BYU Cougars and the Utah Utes have scheduled a home-and-home football series for 2017 and 2018, the two schools announced this afternoon.

Utah athletic director Chris Hill first announced that they were close to an agreement for a 2017-18 series with BYU via a YouTube video in July.

“As many people are aware we have been working on these two games for awhile,” said BYU director of athletics Tom Holmoe. “It’s an important historical series for the state and the fans of both schools. It’s nice to have it completed.”

Utah leads the “Holy War” series against BYU 53-31-4. The Utes have also won three straight and seven of the last ten.

The completion of this series gives the BYU Cougars seven scheduled games in 2017 and five in 2018. In 2017, BYU is set to host Wisconsin, Utah, California, Boise State and San Jose State and travel to Fresno State and East Carolina.

In 2018, the Cougars have a home game against East Carolina and road trips to Arizona, Boise State, Utah, and Wisconsin.

Utah now has two non-conference games set for 2017 and one for 2018. The Utes are slated to open the 2017 season at home against North Dakota.