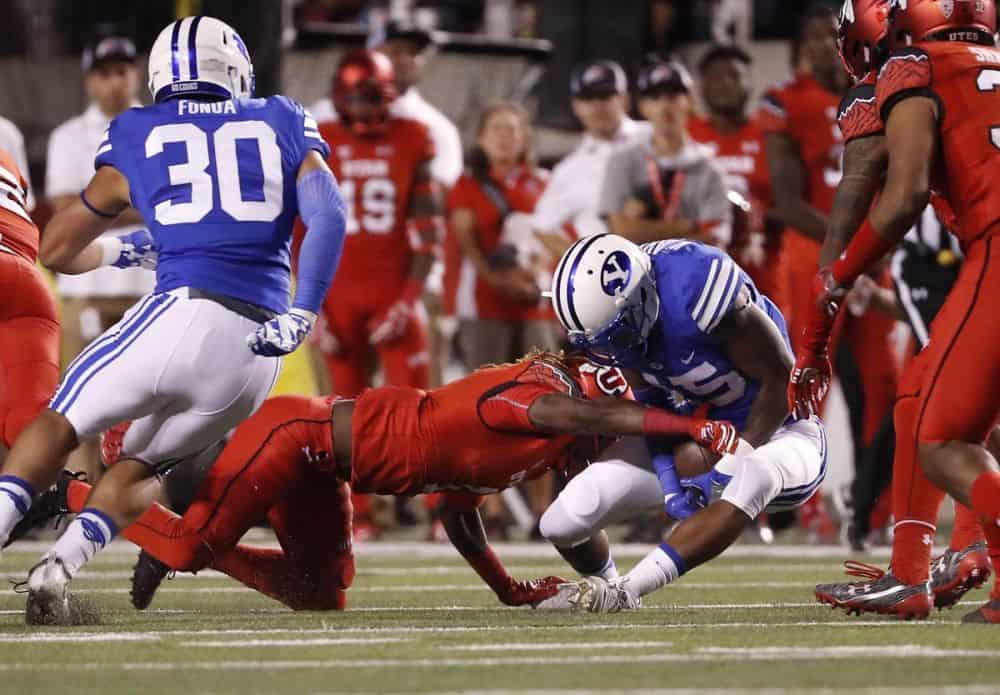 BYU and Utah announced Thursday an extension of their Holy War series through 2022.

The Cougars first reported the extension:

BYU and Utah have signed a contract that will add two games to the current series, extending the rivalry through 2022#GoCougs #BYUFOOTBALL pic.twitter.com/v56qzdRd90

Below are the dates for the next six games in the BYU-Utah series:

Utah has won six consecutive games in the series, maintaining an overall 56-31-4 advantage.

BYU now has eight opponents on its 2021 slate, with four games in Provo, three true road games and a neutral-site contest with Arizona.  The Cougars have six 2022 outings scheduled, with four away from Provo.  BYU is the third opponent on Utah’s 2021 and 2022 ledgers, joining home games with Weber State (2021) and Southern Utah (2022), and a 2021-22 home-and-home with San Diego State.

Thanks for the note! This has been corrected in the copy.

Thanks for the correction, Brian. I’ve always been impressed with this website’s responsiveness to its readers.

Washington St., Minnesota and Virginia are probably the weakest P5 programs on the future slate – although each can still provide a good game most years.

2020 and on (for now), the only G5 opponents scheduled are Boise St., Utah St., USF, and NIU. I assume there will plenty more MWC and AAC schools on future schedules; BYU likely doesn’t need as much advanced notice for such series.

You realize don’t you that WAZZU is no longer the WAZZU of old? They’ll start this next year ranked, for instance, & will likely finish it ranked.

UM has recently been much stronger than previously, as well.

It would be nice if this game could be at the end of the season so the Pac-12 doesn’t have 10 teams with conf. games and then one team with a bye or random non-conf game. Like this season USC plays ND the final week, Stanford plays Rice. I get that Pac-12 wants to pump the Utah-Colorado game into a rivalry by having it the final week, which makes sense but Utah-BYU used to be a solid season-ending game

Hey look a ute fan soooo obsessively paranoid about their big brother rival that they have to reply to a post that is more than a year old.