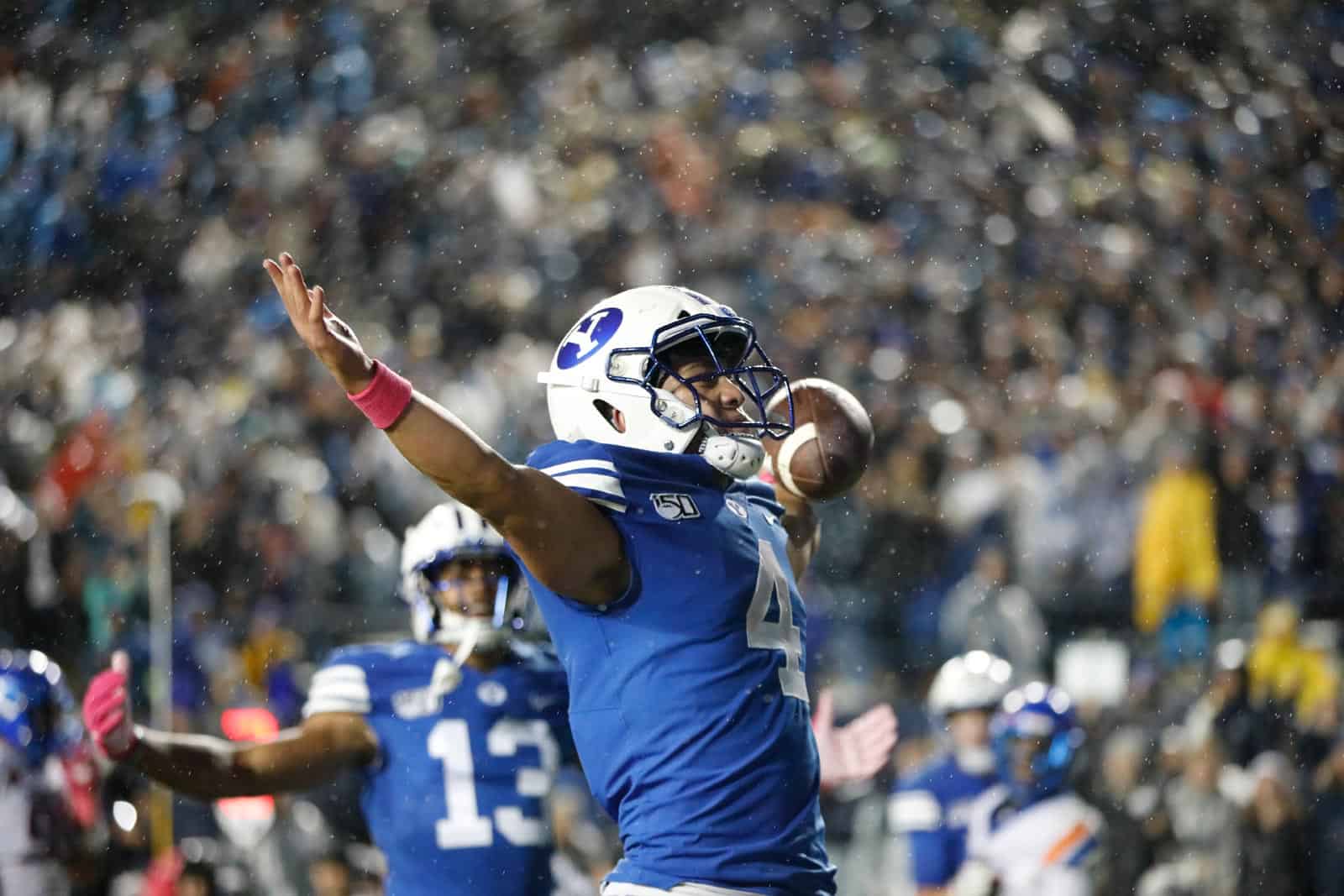 The BYU Cougars and the Stanford Cardinal have extended their future football series with four additional games, both schools announced on Wednesday.

BYU and Stanford are scheduled to meet this season at Stanford Stadium in Stanford, Calif., on Nov. 28, 2020. The two then meet in Stanford two seasons later on Nov. 26, 2022.

Below is a list of all eight scheduled BYU-Stanford football matchups:

BYU is scheduled to open the 2020 season on Thursday, Sept. 3 on the road against the in-state rival Utah Utes. Stanford opens their 2020 campaign two days later on Saturday, Sept. 5 at home against the William & Mary Tribe.

I hope this scheduling doesn’t repeat what Notre Dame did to BYU: schedule several early home games for Stanford and then just buy out the later BYU home games.

Did ND buy-out the return game in Provo? I thought it was in still-to-be-scheduled hyperspace, but with some rhetoric mid-last year that there would be news soon on additional BYU-ND games, including the “owed” game.

It is ridiculous that ND hasn’t felt greater urgency to get that game on the schedule. Shameful, really.

No news on that ND-BYU game.

May be a USC series coming too. This is a replay of 7 or so years ago when the PAC 12 made The Cardinal and Trojans schedule Thanksgiving to allow Notre Dame in the alternate years.

Agree that BYU really needed the Thanksgiving dates, but so does Stanford assuming they extend the Notre Dame series. They don’t have a lot of options that allow them to avoid an open date in even-numbered years.

I don’t like that so many of the Provo-based games are late in this series. I’m worried a new Standford AD will look up in 2027 and ask “why are we playing 3 of the next 4 games in Provo” and decide to cancel one or more of the games. I also don’t understand why the Provo games have to be played so early each season. Couldn’t they at least be October games?

As an independent, BYU’s schedule will always be front-loaded.