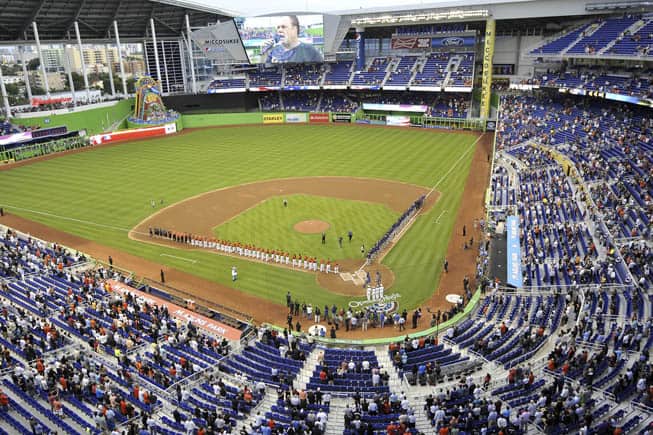 BYU will face a team from The American at Marlins Park in Miami, Florida in December. A specific date will be announced later.

“We are excited about this outstanding opportunity to have one of our teams play BYU in the Miami Beach Bowl,” said American Athletic Conference commissioner Mike Aresco. “Our representative will have the opportunity to compete against a respected and accomplished BYU team with a storied history and national following, which will make the Miami Beach Bowl one of the most exciting postseason games in 2014. This matchup quickly establishes the game as one of the premier bowls in the coming years.”

“We are delighted to have Brigham Young University on board for the inaugural Miami Beach Bowl,” said Miami Beach Bowl executive director Carlos Padilla. “BYU is one of the most-respected programs, with one of the most passionate fan bases in the nation. With BYU and an American Athletic Conference team in our first game, we expect to have great interest and support from the Miami and Miami Beach communities and will deliver an exciting game for college football fans everywhere.”

“We are excited our football program has the opportunity to participate in the inaugural Miami Beach Bowl against a team from the AAC,” said BYU director of athletics Tom Holmoe. “Marlins Park is a fantastic facility and we look forward to being in Miami in December.”

BYU is 13-18-1 overall in bowl games. They had won four straight until last season when they were defeated 31-16 by Washington in the Kraft Fight Hunger Bowl.

Thanks for giving the bars and coffee shops in the area a notice that they don’t need to purchase additional stock to cover that weekend’s event.

BYU has a large fan base, even on the east coast and Florida, and they do spend a lot of money.

2:00 EST stinks. There is no 5:30 ESPN game so this is quite a bit earlier than Monday Night Football, unsure why this is. I would rather watch after work rather than during.