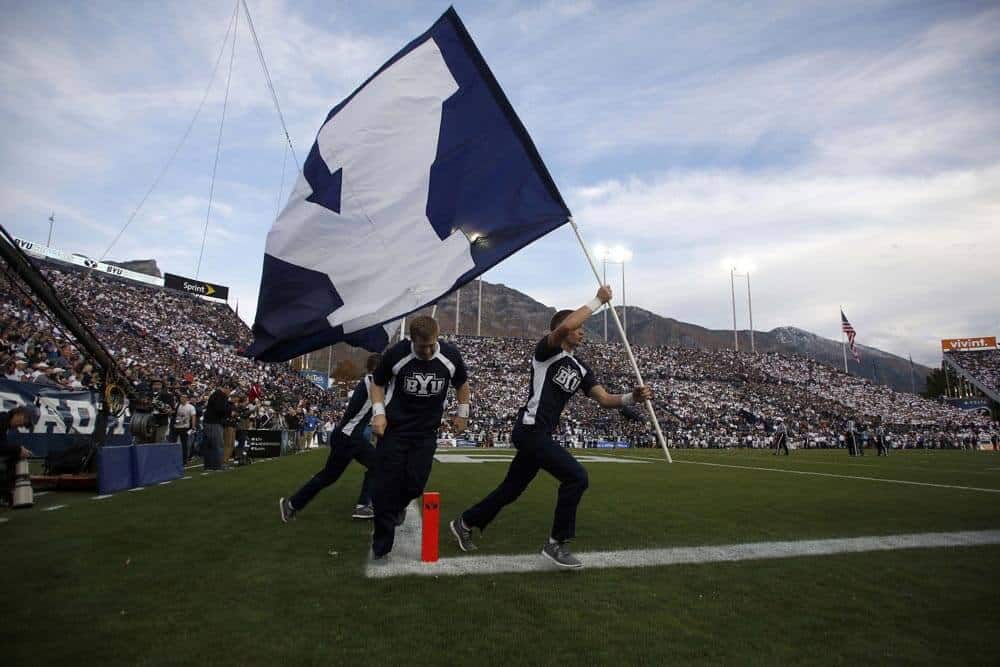 The BYU Cougars have finalized their 2017 football schedule, the school announced on Thursday.

BYU will open the 2017 season with a “week zero” game against the Portland State Vikings on Saturday, Aug. 26 at LaVell Edwards Stadium in Provo.

The Cougars then hit the road to take on LSU at NRG Stadium in Houston, Texas on Sept. 2 before returning to Provo to host back-to-back games against Utah on Sept. 9 and Wisconsin on Sept. 16.

After an off week, BYU plays consecutive games on Friday nights. The Cougars travel to play Utah State on Sept. 29 and then host Boise State on Oct. 6 (10:15pm ET, ESPN).

BYU hits the road again to take on Mississippi State on Oct. 14 and East Carolina on Oct. 21.

The Cougars return home to host San Jose State on Oct. 28, but then leave town again to play at Fresno State on Nov. 4 and UNLV on Nov. 11.

BYU closes out the 2017 regular-season with a home game against UMass on Nov. 18 followed by a trip to Hawaii on Nov. 25.

The trip to Hawaii grants BYU two NCAA exceptions that they took advantage of. First, the Cougars will play in “week zero,” which is the Saturday one week prior to the Saturday of Labor Day weekend.

Last, BYU will play 13 regular-season games in 2017. Six of those are at LaVell Edwards Stadium, six are at opposing team sites, and one is at a neutral-site (Houston).

A little heavy on Mountain West teams, but should be a very fun schedule again this year!!

Things are better 2018 forward. There was a period 4 years or so ago where the Pac 12 teams appeared to be freezing out BYU. Game reflect the difficulty in getting games. The Arizona 2016-2018-2020 agreement was the start of Pac 12 opponents and things looked better after that.

Four P5 opponents, with two coming to Provo and another at a neutral site. Can’t ask for much better than that.

It’s the bottom-end of the schedule that is worse than recent and upcoming years.

Jesus, if you are going to play 6 mountain west teams just rejoin the mountain west. This independence crap is not working.

The only reason BYU might rejoin the MWC is for the sake of being in a conference. They’re making more money, have a deal with ESPN for most of their games and have their own network for the rest. It’s not like they’d get any different bowl bids in the MWC either. It’d be pretty stupid at this point.