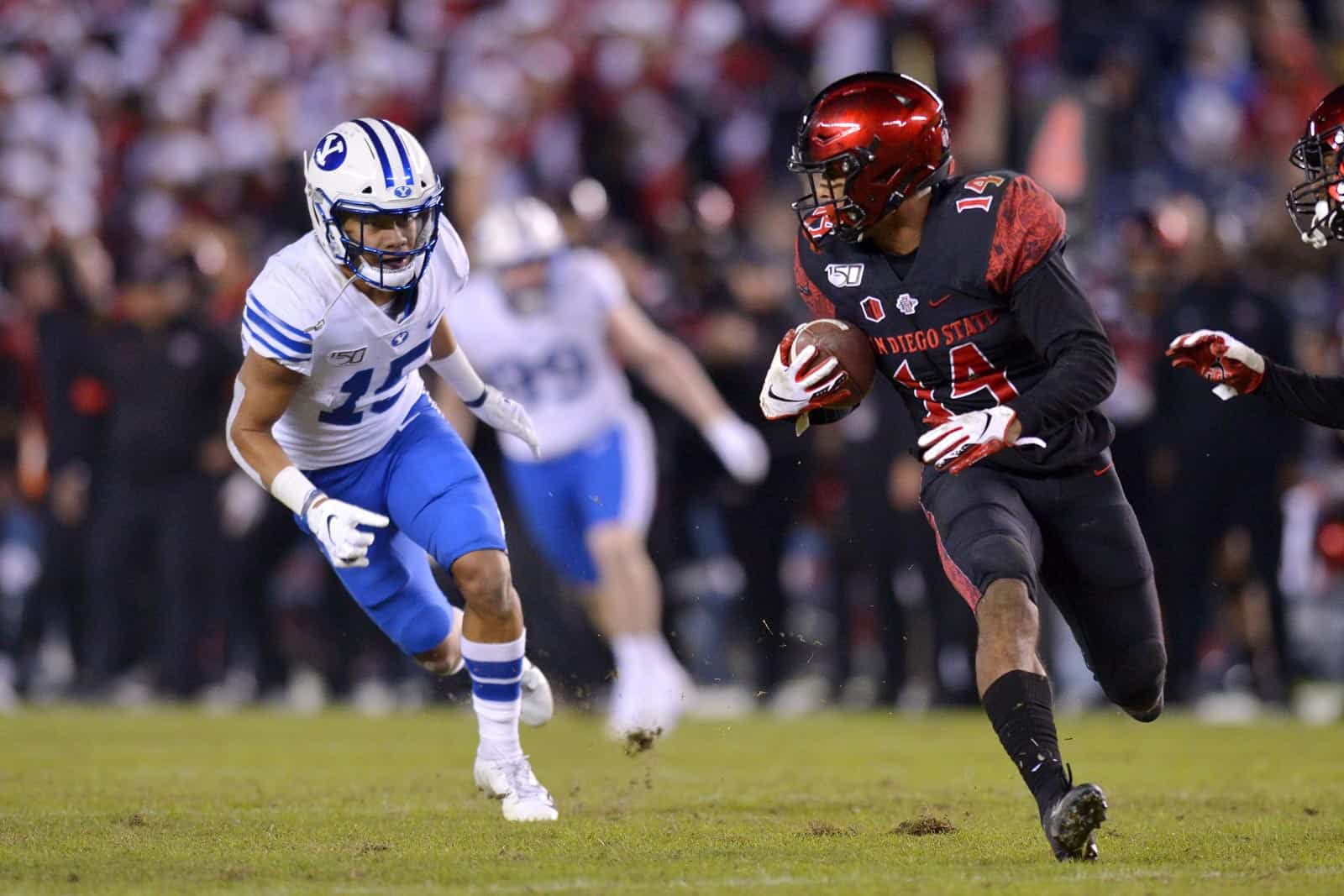 The BYU Cougars have added the San Diego State Aztecs to their 2020 football schedule, both schools announced on Friday.

BYU and San Diego State will meet at LaVell Edwards Stadium in Provo, Utah, on Saturday, Dec. 12, 2020. The two schools were previously scheduled to play this season on Nov. 14 before the Mountain West postponed their 2020 season.

The Mountain West announced their return last week, which was followed by the release of their revised football schedule on Thursday.

“We are excited to have the Aztecs back on the schedule,” said BYU Director of Athletics Tom Holmoe. “We share a long history of exciting games over many decades. We are pleased the Mountain West Conference determined to play football in 2020 and worked with San Diego State to allow this previously scheduled non-conference game to be played.”

BYU and Boise State first met on the gridiron in 1947 and have played 37 games overall. In their most recent matchup last season, San Diego State defeated BYU 13-3 in San Diego, but the Cougars still lead the overall series 28-8-1.

San Diego State is the 10th opponent on BYU’s 2020 football schedule, which doesn’t include their Sept. 19 game at Army that was postponed. BYU is 2-0 so far this season following victories at Navy, 55-3, and at home against Troy, 48-7.

The Aztecs are scheduled to open their season on Saturday, Oct. 24 at home against UNLV at Dignity Health Sports Park in Carson, Calif.