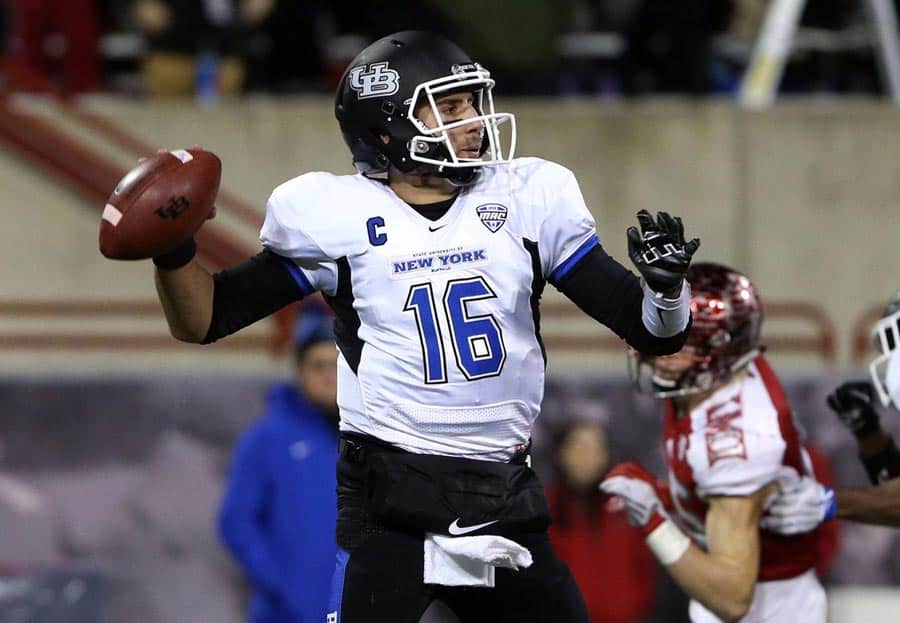 The Buffalo Bulls have added the Delaware State Hornets and the Nebraska Cornhuskers to their future football schedules, the school announced on Tuesday.

Buffalo will host Delaware State at UB Stadium to open the 2018 season on Sept. 1. In their first and only meeting on the gridiron, Buffalo defeated Delaware State 40-30.

The Bulls also officially announced a game at Rutgers on Sept. 22, 2018. News of the UB-Rutgers matchup was initially reported last month by the Asbury Park Press.

Buffalo and Rutgers last met in 2007 and have squared off six times. The Scarlet Knights lead the overall series 5-1.

The Bulls will travel to face the Nebraska Cornhuskers at Memorial Stadium in Lincoln on Sept. 11, 2021. The game will be the first-ever meeting between the two schools.

“This is a great opportunity for our program to compete against a revered program like Nebraska,” UB Athletic Director Allen Greene said. “The experience and exposure gained by playing this game will be invaluable.”

“Playing Big 10 programs like Nebraska and Rutgers is an exciting opportunity for our players and helps us gain valuable exposure as we are always looking to expand our recruiting footprint,” UB head coach Lance Leipold said.