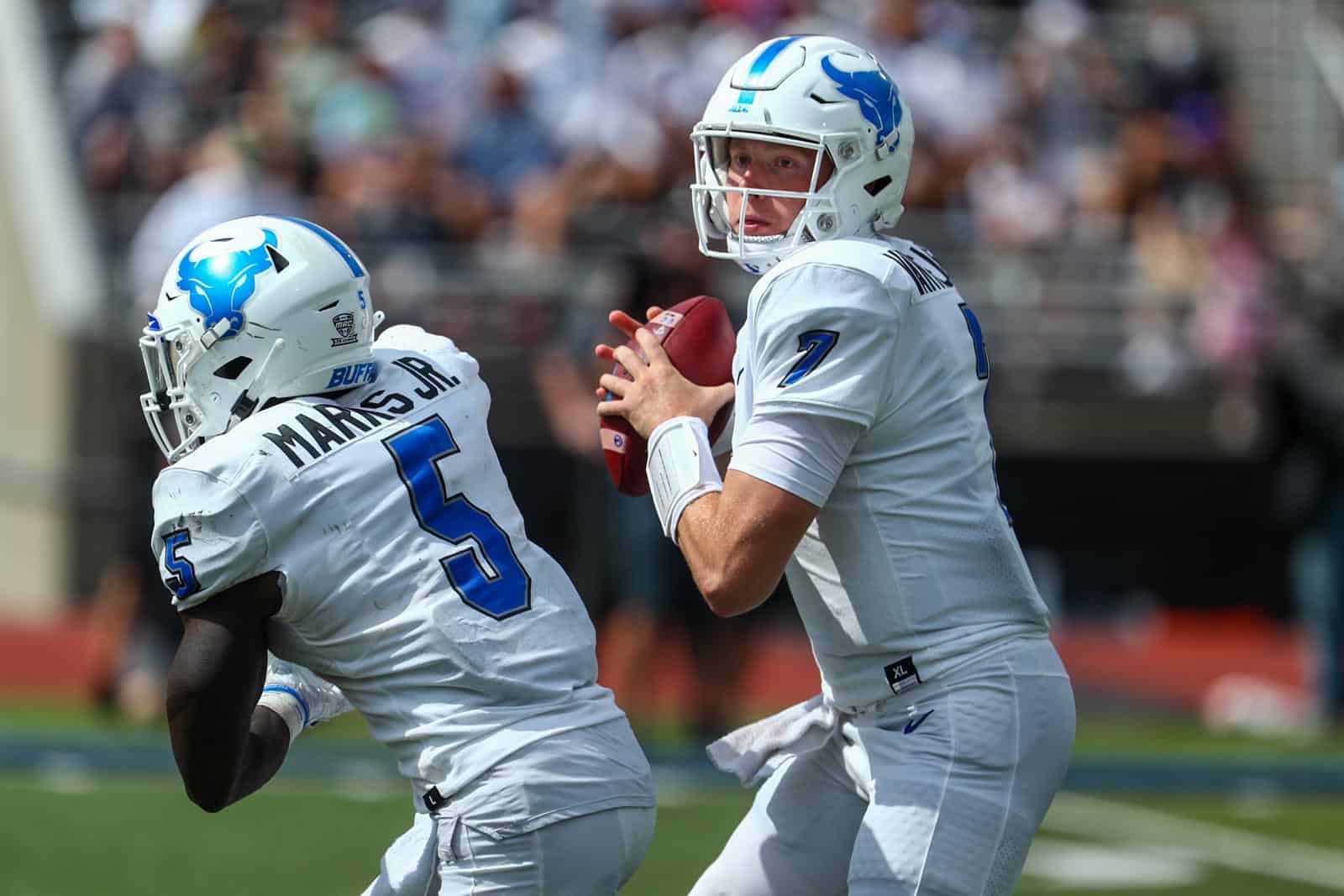 The Buffalo Bulls have added the UAlbany Great Danes to their 2026 football schedule, according to Buffalo’s official athletics website.

Buffalo will host UAlbany at UB Stadium in Buffalo, N.Y., on Thursday, Sept. 3, 2026. The game will mark the 14th overall meeting between the two schools on the gridiron.

In their most recent matchup in 2016, the Great Danes traveled to Buffalo and upset the Bulls 22-16. The win extended UAlbany’s advantage in the overall series to three games at 8-5.

UAlbany is a member of the Colonial Athletic Association (CAA) in the Football Championship Subdivision (FCS). The Great Danes finished the 2021 season 2-9 overall and 2-7 in CAA play.

Buffalo now has three scheduled non-conference opponents for the 2026 season. The Bulls are also scheduled to visit the Army West Point Black Knights on Sept. 12 and host the UMass Minutemen on Sept. 19.

The Bulls are the first scheduled non-conference opponent for the UAlbany Great Danes in 2026.

UAlbany also has future games scheduled against two other Football Bowl Subdivision (FBS) opponents. The Great Danes are scheduled to visit the Hawaii Rainbow Warriors in 2023 and the West Virginia Mountaineers in 2024.