Buccaneers-Dolphins game moved to November 19 due to Hurricane Irma 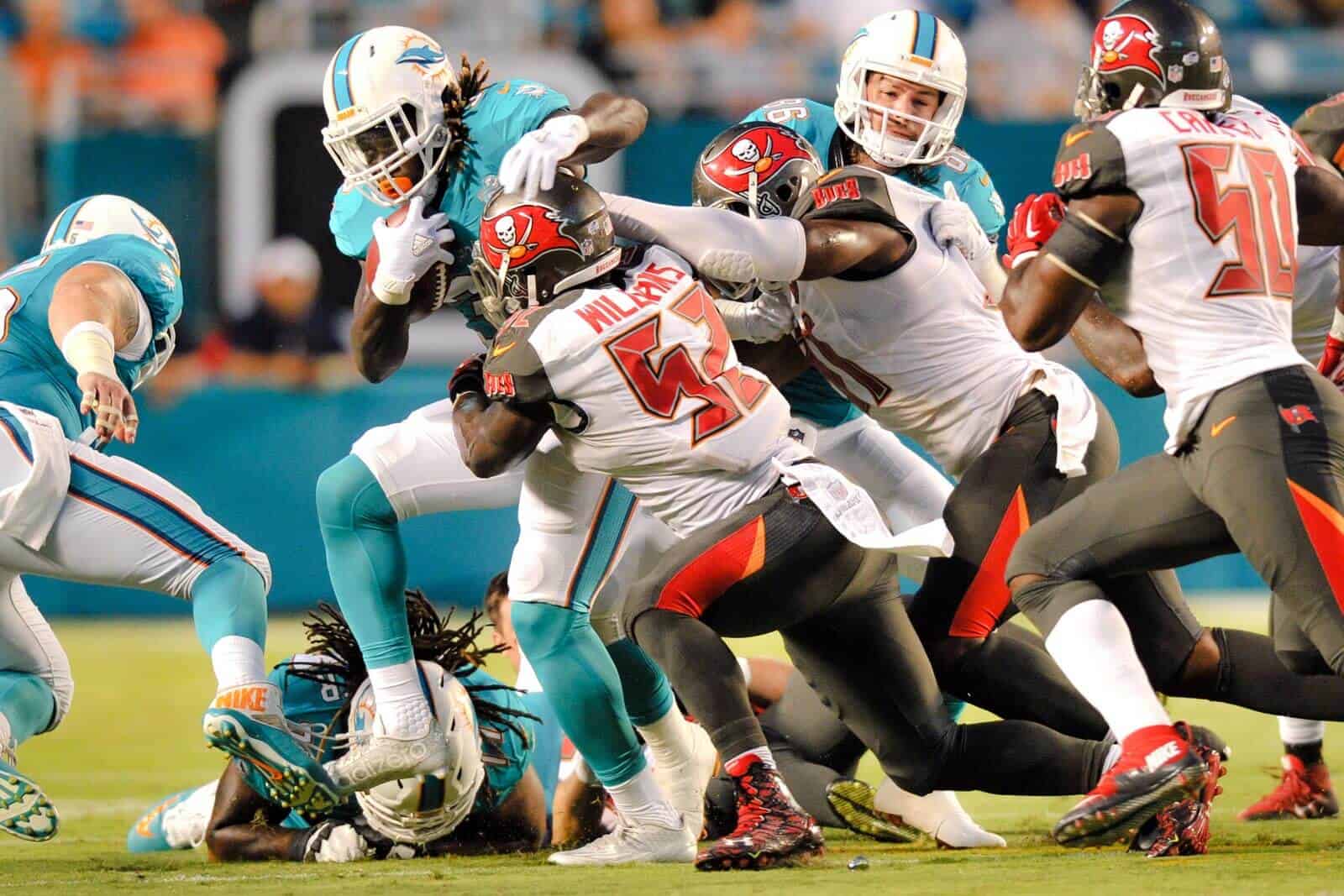 The Tampa Bay Buccaneers at Miami Dolphins game scheduled for Week 1 of the 2017 NFL season has been moved to November 19, the NFL has announced.

Miami was scheduled to host Tampa Bay at Hard Rock Stadium in Miami Gardens at 1:00pm ET on FOX. Due to Hurricane Irma, the NFL decided to move the game.

Below is the statement from the NFL:

Due to the potential impact of Hurricane Irma on South Florida, the Miami Dolphins home game against the Tampa Bay Buccaneers, originally scheduled for Sunday at 1 p.m. ET at Hard Rock Stadium, will instead be played there in Week 11 on Sunday, November 19, the NFL announced today.

Week 11 was previously an open date for both clubs.

The NFL announced yesterday that in the interest of public safety in light of the continuing state of emergency, the league, in consultation with state and local officials as well as both clubs, would not play an NFL game in South Florida this week.

Our thoughts and prayers are with everyone in the impacted area.

Due to the move, both the Miami Dolphins and Tampa Bay Buccaneers will now play 16 straight games during the 2017 NFL regular-season.

The Dolphins now open the 2017 season at the Los Angeles Chargers on Sunday, Sept. 17, while the Buccaneers open at home against the Chicago Bears.

This gives the game a chance to be flexed into the SNF slot if both teams are doing good, but their competition is a Cowboys game, which has never been moved out of the SNF slot