Breaking down Week 9 of the 2019 college football schedule 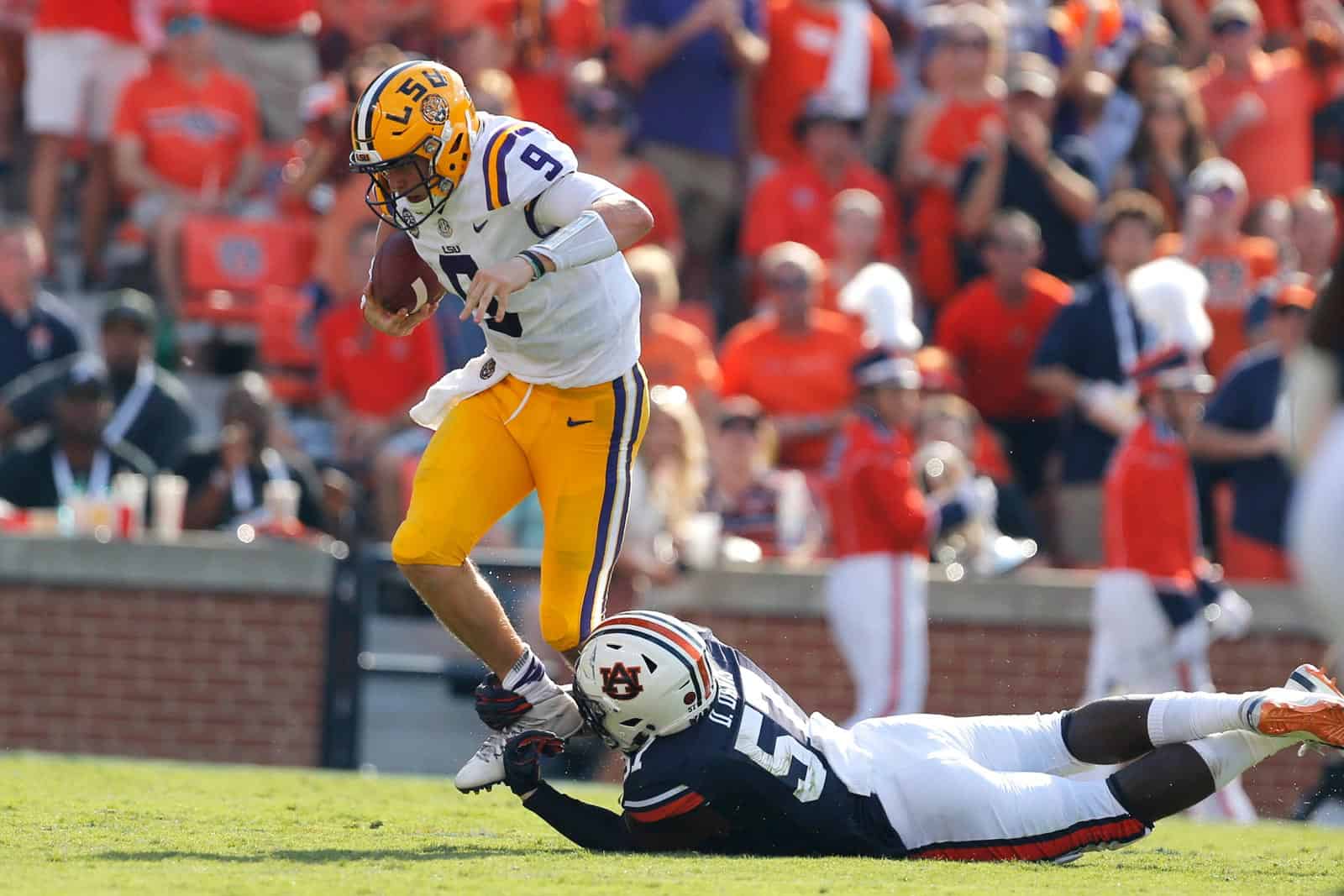 This Saturday, two of the only six remaining undefeated members of the latest AP Top Ten will square off against a ranked opponent. Of the other four such programs, only one, (1) Alabama, won’t face a foe with a winning record (the Tide host 2-5 Arkansas).

It makes Week 9, especially with the release of the first CFP rankings due out in just two short weeks, another key lap in the race to a national championship.

Things kick off on Thursday night with a single contest between (16) SMU and Houston at 7:30pm EST on ESPN. The only other pre-weekend action comes Friday night, USC at Colorado at 9pm EST on ESPN2.

On Saturday, the blockbuster ranked vs. ranked matchups are spread out, giving you a three-course meal to digest at your leisure. The appetizer is (13) Wisconsin at (3) Ohio State at Noon EST on FOX. That pairs well with (5) Oklahoma at Kansas State at the same time on ABC. The sleeper early is (21) App State (home to the No. 8 rusher in the FBS, junior Darrynton Evans) at South Alabama (home to the No. 109 rushing D) on ESPNU.

Dessert, served under the lights, comes at 7:30pm when (8) Notre Dame calls on (19) Michigan on ABC. Other options in the same time slot include Boston College at (4) Clemson (ACC Network) and (24) Arizona State at UCLA (Pac-12 Network). Also keep an eye on Arkansas at (1) Alabama, which airs 30 minutes earlier – at 7pm EST – over on ESPN.

9: Toledo has won 9-straight home games over Eastern Michigan (last loss there in 1999)

San Jose State (ranked No. 124 in the nation in rush defense) might prove the ideal candidate for option-centric Army (currently No. 9 in the nation in rushing yards per game) to snap its three-game losing streak. SJSU took on a similar opponent in Air Force earlier this season and gave up a season-high 382 rushing yards and five rushing TDs in a 41-21 loss. The Black Knights’ leading rushers are senior RB Connor Slomka (#25) and senior QB Kelvin Hopkins, Jr. (#8) with 93 and 91 touches respectively.

The biggest statistical mismatch in Week 9, Hawaii comes into this one ranked No. 3 in the nation in passing offense while New Mexico is No. 130 – or dead last – in pass defense. The Rainbow Warriors’ 359 yards per game rank between LSU (385.7) and Alabama (347) while the Lobos are one of only six FBS programs who are giving up 300-plus yards through the air this season. Of their seven appearances thus far, they’ve allowed 400-plus on four occasions. Watch out for Hawaii junior QB Cole McDonald (#13), No. 3 in the FBS in yards per game (326.3) and senior WR Cedric Byrd II (#6), tied for the second most TDs in the nation (9).

One of the three FBS rivalry cannons, the tale of the Big Ten edition of the Cannon stretches back over 100 years ago, to 1905. That’s when Purdue students brought the scaled-down firearm to Illinois with hopes of firing it off after a win. Illini fans found the weapon, hidden near their stadium, and captured it. It was retained by one of the students involved in its confiscation until 1943, when he offered it up to be used as a traveling trophy. The Boilermakers have recaptured the Cannon 36 times vs. Illinois’ 29. The 1956 and 1959 games ended in ties.

The Land Grant dates to 1993, when Penn State joined the Big Ten and renewed its series with Michigan State, who it hadn’t played since 1966. The name honors the fact that both schools (founded just 10 days apart in 1855) were “pioneer land-grant schools in the nation.” The trophy features landmarks from each campus as well as the team’s mascots. Penn State has won 14 Land Grants vs. Michigan State’s nine.

The O’Rourke-McFadden dates to 2008 and honors the two All-American quarterbacks who played in the first-ever clash between the two schools in the 1940 Cotton Bowl. Clemson’s “Banks” McFadden led his Tigers to a 6-3 win over Boston College’s “Chuckin’” Charlie O’Rourke. The loss was the last-ever in O’Rourke’s collegiate career, the next season he led BC to an 11-0 record and a national championship, the only in school history. The Eagles have only won the trophy once, in 2010.

One of eight bells awarded in FBS rivalries, the Victory Bell has been a part of the North Carolina-Duke series since 1948, established by a cheerleader from each school to “foster friendly relations and eliminate vandalism between the two neighboring schools.” The Tar Heels have rung the Bell 45 times vs. the Blue Devils’ 25.

When Miami Fla. takes the field at Pitt this Saturday it will mark the first time it’s played an away game in 42 days. That’s right – the Hurricanes haven’t ventured from their home field since a Sept. 7th roadie at North Carolina.

They’ll hit the road again in Week 10 but will stay in-state by visiting Florida State. After that, they’re back at home in Week 11 with a visit from Louisville followed by another off week. That leaves the final two games of the season – an “away” game on Saturday, Nov. 23 vs. Florida International at Marlins Park in Miami and a true road game in the finale at Duke on Nov. 30.

Given that Miami kicked off its season vs. (7) Florida in Orlando, by the time the season ends it will have played nine of its 12 regular-season games (or 75%) in the state of Florida. The only “other” states the Hurricanes will have visited in 2019 are North Carolina (twice) and Pennsylvania (once).