Breaking down Week 9 of the 2017 college football schedule 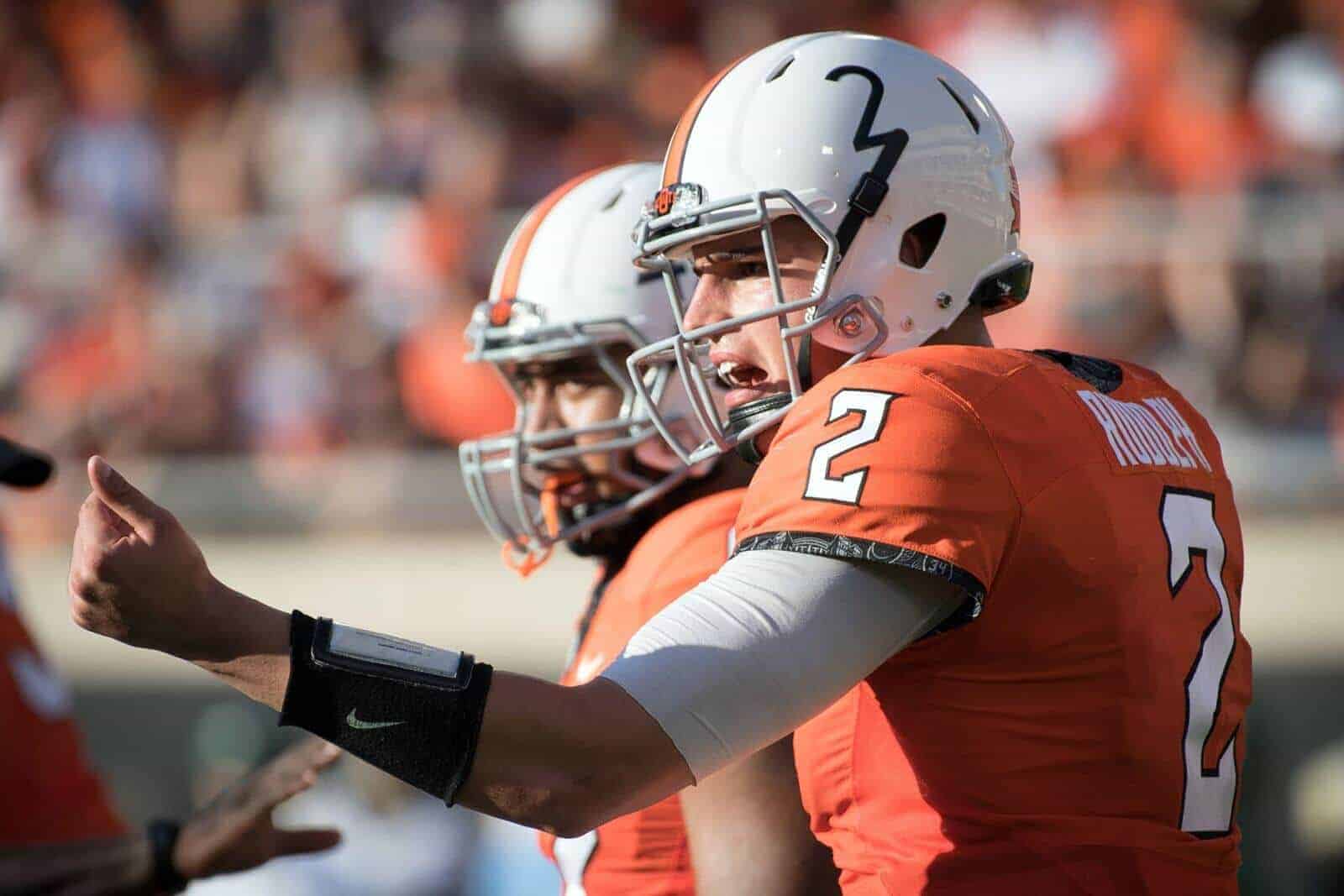 Week 9 of the college football schedule is what we’ve been waiting for.

First up, there are four ranked vs. ranked contests, tying it with Week 2 for the most all season. If that weren’t enough, each of these blockbuster games includes a member of the AP’s Top 11. Finally, national title hopefuls like (3) Georgia (vs. Florida) and (7) Clemson (vs. Georgia Tech) also face serious tests to remain in contention.

And it all happens just before the CFB Playoff committee releases its very first rankings, a blessed event scheduled for next Tues., Oct. 31.

While there are four games on Thursday and three on Friday, the best-of-the-best is reserved for a Saturday jam-packed with 49 contests. Unlike previous weeks, plan on tuning in the afternoon as the 3:30pm EST time slot features three of the four ranked vs. ranked games. ABC/ESPN, NBC, and FOX all get a piece of the action, but don’t forget about (3) Georgia vs. Florida over on CBS.

At the risk of sounding like your mother, you may need to be responsible and plan for at least three screens.

Northern Illinois’ defense is tied with Cal’s for the most interceptions in college football this season. The grand total of 13 include three games (at Nebraska, at San Diego State and at Bowling Green) with three picks each. The Huskies could take over the No. 1 spot from (17) USF (with 16 interceptions) vs. Eastern Michigan’s senior quarterback Brogan Roback (#4). With eight picks thrown, he’s tied for the fifth most in the FBS.

Keep an eye on junior linebacker Jawuan Johnson (#7), senior cornerback Shawun Lurry (#19) and senior safety Mycial Allen (#20), combined they have seven interceptions thus far. Up front in the role of The Disrupter, don’t miss the stylings of sophomore defensive end Sutton Smith (#15). His 17 tackles-for-a-loss are No. 1 in the nation while his 8.5 sacks are the third-best overall.

Wisconsin (7-0) has quietly climbed into the Top 5 for the first time since late last November. It should come as no surprise that it’s the ground attack (No. 16 in the FBS) as opposed to the passing game (No. 81) that’s led the way offensively. The Badgers are led by freshman running back Jonathan Taylor (#23), with 158.86 yards per game he’s the No. 3 rusher nationally. Look for his stock to rise even higher vs. an Illinois D ranked No. 108 vs. the run, the worst unit in the Big Ten. The Illini coughed up an average of 283 ground yards in their last two losses (vs. Rutgers and at Minnesota), including allowing a whopping five rushing scores to the Scarlet Knights.

This week’s slug fest – tune in to see the No. 6 ranked Notre Dame rushing offense grapple with NC State’s No. 6 ranked rush defense. To put that into perspective – the Irish are among only seven teams in the country averaging over 300 ground yards per game, while the Wolfpack are one of only nine holding opponents to fewer than 100. Notre Dame’s leading rusher is junior running back Josh Adams (#33), his 9.21 yards per carry is No. 4 nationally. On the other side of the ball, check out NC State senior defensive end Bradley Chubb (#9), he leads the team with 6.5 sacks (tied for No. 5 nationally) and 13 tackles for a loss (tied for No. 3).

Though Texas Tech has improved from ending last season at No. 116 in rushing D to No. 37 this year, it continues to struggle shutting down opponents’ passing attacks. At No. 127 nationally, only Hawaii, East Carolina and UConn have given up more air yards than the Red Raiders. Cue up mighty Oklahoma, ranked No. 2 in passing in the FBS and you get the picture – Saturday night could be a long, ugly affair (at least for Tech fans). No quarterback has a higher passer rating than the Sooners’ Baker Mayfield (#6), he’s only thrown two interceptions in 202 attempts and he’s No. 5 in yards per game. Either the Red Raiders’ D defies its own statistical resume, or Mayfield moves back up the Heisman charts.

Perhaps the most uniquely named award, the Floyd of Rosedale is a bronze statue of a pig honoring an actual pig. The original animal was the price of a 1935 bet on the game between Minnesota Governor Floyd Olson and Iowa Governor Clyde Herring. The pig, a prize hog, hailed from Rosedale, Iowa.

The Golden Gophers won the real pig in a 13-6 decision, ultimately finishing the season 8-0 and capturing the second of three consecutive national titles. Since then, Minnesota has brought home the bronze edition of Floyd 41 times vs. Iowa’s 38. The 1970 and 1951 contests both ended in ties.

One of the three FBS Governor’s Cups, Kansas’ version has been awarded to the winner of the football edition of the Sunflower Showdown since 1969. The Jayhawks and Wildcats have played consecutively since 1911 and from 1902-39 played for an earlier award called the Governor’s Trophy. K-State has won 27 Cups vs. Kansas’ 20.

Established in 2009 by the student governments of both schools, the Okefenokee is a 10-foot long oar, carved from a 1,000-year old cypress tree in the Okefenokee Swamp.  Covering nearly 700 square miles, the swamp straddles the Florida-Georgia state line. The Gators have paddled home with the oar five times vs. the Bulldogs’ three.

The Ram-Falcon Trophy – Air Force at Colorado State – series stared in 1957 – Air Force leads 33-21-1. The two have split the last four, the home team winning on each occasion.

The Ram-Falcon was the brainchild of the Air Force ROTC unit at Colorado State. First awarded in 1980, the trophy itself is a depiction of a Ram and Falcon squaring off atop a wooden base. Air Force has captured the prize 22 times vs. CSU’s 15.

This Saturday afternoon, (9) Notre Dame will try and do something it’s never done before – score a touchdown on (14) NC State.

The Wolfpack have outscored the Irish 38-9 in their two all-time meetings. The first was the 2002/03 Gator Bowl, a 28-6 NC State win featuring two Notre Dame scores – field goals in the first and third quarters. The only-other clash was last season in Raleigh, a 10-3 Wolfpack victory. The sole Irish score was a 40-yard field goal in the third quarter.

The 2-0 mark all-time vs. the Irish also makes NC State one of only three FBS teams who have played Notre Dame at least twice and never lost. The other two are Oregon State and (3) Georgia, both also 2-0 all-time.