Breaking down Week 8 of the 2019 college football schedule 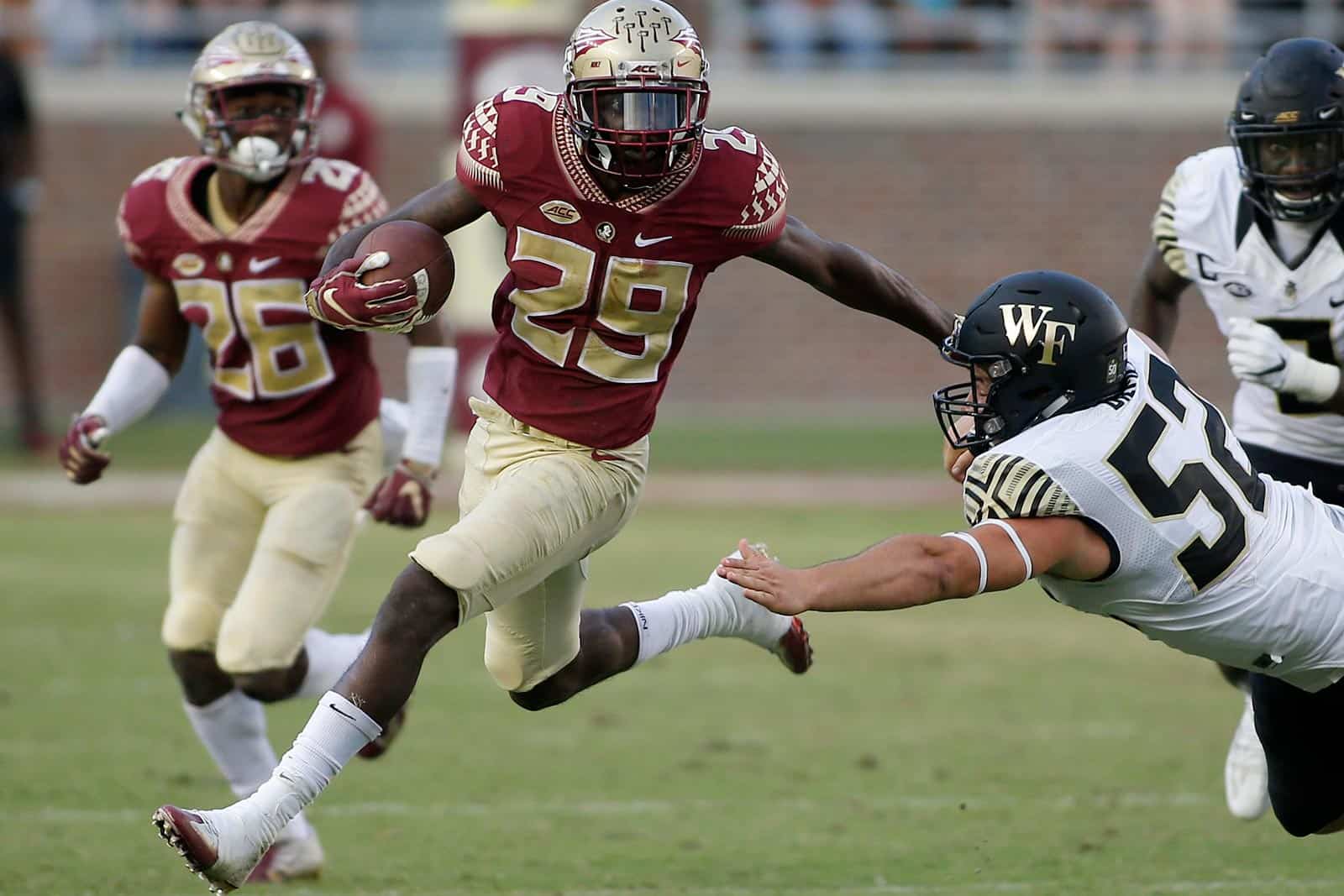 Despite being the only Power league without a perfect member still standing, Week 8 is all about the Pac-12, with it’s four ranked teams – two from each division – going head-to-head. The winners of each will take a huge step toward the conference championship game.

The total number of games this week is up from 48 in Week 6 and 51 in Week 7 all the way to 62. This is due to the number of byes dropping from 34 two weeks ago, to 25 last week down to only seven this week. Additionally, there is only one FBS vs. FCS matchup on the slate.

Things get started early again this week with a Wednesday night game – South Alabama at Troy in their annual battle for The Belt – on ESPN2 at 8pm EST. Thursday night features two games, headlined by UCLA at Stanford at 9pm EST on ESPN.

Friday offers up four contests, a mini-Saturday night with start times that stretch from 6:30 – 10pm EST, including a rare non-weekend appearance by a top five team – (4) Ohio State at Northwestern at 8:30pm EST on FS1.

Saturday begins with a series of mismatches/could-be-upsets in the early time slot – (3) Clemson at Louisville (ABC), West Virginia at (5) Oklahoma (FOX), and (6) Wisconsin at Illinois (Big Ten Network). The most intriguing might be (9) Florida at South Carolina (ESPN) – the Gators are fresh off a disappointing loss to (2) LSU and the Gamecocks are still basking in the glow of their epic upset of (10) Georgia. The sleeper early is Boston College’s No. 9 ranked rushing attack vs. NC State’s No. 5 ranked rushing D on RSN (regional sports networks). All of these contests air at Noon EST.

The mid-afternoon slot is anchored by (12) Oregon at (25) Washington (3:30pm EST, ABC). Alternate options include (2) LSU at Mississippi State at the same time on CBS (could this be a hangover game for the Tigers?) and (18) Baylor at Oklahoma State at 4pm EST on FOX.

Louisiana (4-2) has quietly achieved a No. 6 rank – nationally – in rushing offense, averaging 282.17 ground yards per game. It’s an achievement that sandwiches it statistically between Oklahoma at No. 5 (286.33) and Oklahoma State at No. 7 (279). It’s a strength that ought to look like a superpower this Thursday night vs. Arkansas State, owner and operator of the No. 117 rush D in the FBS. Rather than giving the ball to just one guy, the Ragin Cajuns have shared the love – check out the tandem of junior RBs Trey Ragas (#9) and Elijah Mitchell (#15), the two have combined for 1,042 yards and 15 scores thus far.

Washington State has dropped three-straight games for the first time since the end of the 2016 season, when it lost consecutively to (12) Colorado, (6) Washington and Minnesota (in the Holiday Bowl). The Cougars have a prime opportunity to right the ship this Saturday, pitting their No. 1 ranked pass offense against a Colorado D that is No. 123 in the FBS vs. the pass. Averaging 452.7 air yards per game, WSU is the only program in the nation over the 400-mark. The Buffs, on the other hand, are one of only ten FBS teams allowing 300-plus passing yards. Keep an eye on Cougar senior QB Anthony Gordon (#18), the No. 1 passer in the nation in yards per game.

Another potential explosion through the air, tune in to this one to see Wake Forest’s No. 7 nationally ranked passing attack (No. 1 in the ACC) take on a Florida State defense ranked No. 119 in the FBS vs. the pass (No. 14, or dead last, in the ACC). The Demon Deacons rung up a season-high 423 air yards and five scores in last week’s shootout vs. Louisville while only 11 teams in the FBS have been more generous to opposing passing attacks than have the Seminoles in 2019. Players to watch include Wake Forest junior QB Jamie Newman (#12), No. 8 in the FBS in yards per game and sophomore WR Sage Surratt (#14), No. 3 in yards per game. Newman is being evaluated for a shoulder injury.

The Belt – South Alabama at Troy – series started in 2012 – Troy leads 4-3 but the two have split the last four, the visiting team winning on each occasion.

Established in 2015 The Belt is just that, a championship belt complete with football bling. It may be the best swag in all of college football. The two schools are located a mere 175-miles apart in southern Alabama. Each team has worn the belt home twice.

Introduced in 1980, the Kuter Trophy is named for General Laurence S. Kuter (1905-74), the first head of the Pacific Air Forces Command in 1957. “It is a striking tribute to the friendship between the schools and to the cooperation between the people of Hawaii and the Air Force.” The two programs shared membership in the WAC from 1980-97 and have both been members of the Mountain West since 2012. The Falcons have won 12 trophies vs. the Rainbow Warriors’ seven, the 1989 game ended in a tie.

Given that WMU beat CMU 31-15 on Sept. 28 and CMU downed EMU 42-16 last Saturday, if WMU beats EMU this weekend, it will win its sixth outright Trophy.

Coming into last week there were nine undefeated teams in the AP Top Ten, of these five played a ranked opponent. This week, there are only seven perfect programs remaining in the same subset, and they couldn’t be facing a more different set of circumstances.

Indeed, in Week 8, the AP top seven, all with a 6-0 record, are facing a set of opponents that they’re on a combined 41-1 run against. Take a look.

(2) LSU at Mississippi State – the Tigers have won one-straight.

(3) Clemson at Louisville – the Tigers have won five-straight and have never lost to Louisville.

(4) Ohio State at Northwestern – the Buckeyes have won seven-straight.

(5) Oklahoma vs. West Virginia – the Sooners have won seven-straight.

(6) Wisconsin at Illinois – the Badgers have won nine-straight.