Breaking down Week 7 of the 2018 college football schedule 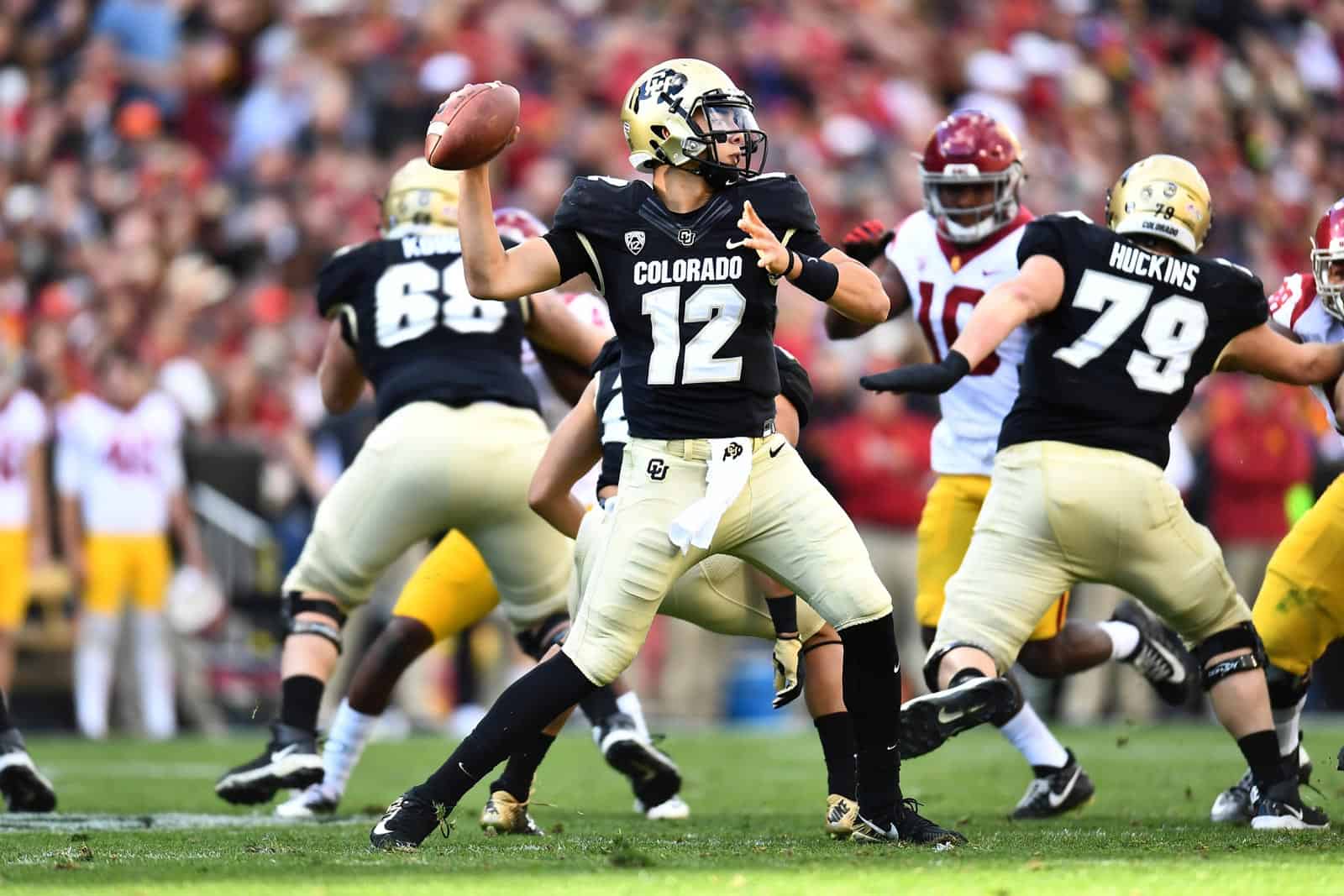 Week 7 of the 2018 college football schedule means we’re already halfway through the season – in other words, before you know it, we’ll be watching basketball.

That scary fact means it is time to get serious, friends. This week things start early with the first Tuesday night game of the season – Appalachian State at Arkansas State at 8pm EST on ESPN. Though not sexy on the surface, the Mountaineers’ top-ranked rushing offense (No. 9 in the nation) should have a big night vs. an Arkansas State D ranked No. 116 vs. the run.

On Thursday night, it’s point-fest in Ft. Worth when Texas Tech visits TCU at 7:30pm EST on ESPN. That leaves Friday night: (23) South Florida at Tulsa is detailed below as a “perfect storm” candidate while Arizona travels to Utah at 10pm EST on ESPN.

Saturday gets off to a slow start, but don’t forget to check in on Minnesota at (3) Ohio State at Noon EST on FS1 – the Golden Gophers are 30-point underdogs, but they’re quietly ranked No. 21 in the nation in total defense.

The mid-afternoon time slot is jam-packed to the point that you’ll have to check the scoreboard to know where to watch as things develop. It’s five games, all at 3:30pm EST, all winnable by either team and all with the potential to further distort the Top 25: (2) Georgia at (13) LSU on CBS, (7) Washington at (17) Oregon on ABC/ESPN2, Michigan State at (8) Penn State on the Big Ten Network, Baylor at (9) Texas on ESPN, and (10) UCF at Memphis on ABC or ESPN2.

It also means that primetime will be a bit subdued. The highlight is (15) Wisconsin at (12) Michigan at 7:30pm EST on ABC but keep an eye on Ole Miss’s No. 5 ranked passing attack vs. Arkansas’ No. 111 ranked pass D on the SEC Network at the same time. Its like having the history channel on one screen and the Sci-Fi network on the other.

After a 5-0 start that included back-to-back wins over Georgia Tech and Illinois, South Florida climbed into the rankings this week for the first time since finishing 2017 at No. 21. One of the stars offensively is junior running back Jordan Cronkrite (#2), who transferred from Florida after recording 75 carries from 2015 to 2016. Not only is he the No. 3 rusher in the FBS, averaging 151.5 yards per game, he hung up 302 yards on UMass in a 58-42-win last week. The mark was a single-game record for both USF and the American Athletic Conference. Tune in on Friday night to watch Cronkrite do his thing against a Tulsa defense currently ranked No. 110 – nationally – vs. the run. The Golden Hurricanes are giving up an average of 207.4 rushing yards per game and coughed up 312 in a 41-26 loss to Houston last week.

Oklahoma State has already lost two games to unranked opponents in 2018, something it hasn’t had happen over an entire season since 2012. This fact overshadows the tremendous play of junior defensive end Jordan Brailford (#94) – his eight sacks thus far are the most in the nation. This sets up ever so well vs. a K-State offensive line that’s generously allowed 20 sacks through its first six appearances. Not only is that the worst mark in the Big 12, only six teams in the country have given up more.

Yes, we all know that the top-ranked Tide are blowing up scoreboards across the nation, averaging a cool 56-points per game, the most in the FBS. Though they’ve been successful running the ball (No. 27 in the nation in yards per game), where they’ve really been potent is through the air, averaging 345.3 yards per game, the sixth-best mark nationally. It’s a frightening proposition for Missouri, ranked a lowly No. 117 nationally and No. 13 in the SEC vs. the pass. Only Ole Miss, which allowed 306 yards and four scores through the air to Alabama in a lopsided Week 3 debacle, has given up more. Yikes!

Week 7’s unofficial Battle Royale, dial into this one to see (15) Wisconsin’s No. 4 ranked rushing attack take on a (12) Michigan D ranked No. 6 vs. the run. Only three teams in the nation are averaging more ground yards than the Badgers – No. 1 Georgia Tech, No. 2 Navy and No. 3 Army – and they all run the option. As for the Wolverines, only five clubs in America have shut down the run more effectively than they have – holding opponents to a measly 96.5 rushing yards per game. Especially of note were performances vs. Nebraska and Northwestern when they gave up 39 and 28 total ground yards respectively. Warning: This is NOT a Big 12 game – viewer discretion is advised.

The James Bonham Trophy – (22) Texas A&M at South Carolina – series started in 2014, Texas A&M has won all four games in the series.

One of the three FBS rivalry cannons, the tale of the Big Ten edition of the Cannon stretches back over 100 years ago, to 1905. That’s when Purdue students brought the scaled-down firearm to Illinois with hopes of firing it off after a win. Illinois fans found the weapon, hidden near their stadium, and captured it. It was retained by one of the Illini students involved in its confiscation until 1943, when he offered it up to be used as a traveling trophy. The Boilermakers have recaptured the Cannon 35 times vs. the Illini’s 29. The 1956 and 1959 games ended in ties.

The Land Grant dates to 1993, when Penn State joined the Big Ten and renewed its series with Michigan State, who it hadn’t played since 1966. The name honors the fact that both schools (founded just 10 days apart in 1855) were “pioneer land-grant schools in the nation.” The trophy features landmarks from each campus as well as the team’s mascots. Penn State has won 14 Land Grants vs. Michigan State’s eight.

A renewed tradition, last season the Saddle Trophy was awarded for first time in 47 years. The original award dates to 1961, Tech’s second season in the Southwest Conference, when the Lubbock Avalanche Journal and the Fort Worth Star-Telegram hooked up to brand the rivalry as “The West Texas Championship of the Southwest Conference.” The Saddle was in use until 1970, when it mysteriously disappeared. At that time, each school had won the traveling prize five times apiece. There had been a push to resurrect the Saddle since TCU joined the Big 12 in 2012, an effort that finally came to fruition last season when the Horned Frogs were awarded the major prize after a 27-3 win.

Missouri’s visit to (1) Alabama on Saturday night marks the first time in football history that the Tigers have ever visited Tuscaloosa.

It means that the Tigers have NEVER lost to either a Power 5 member nor a Top 25 team in the state of Alabama.