Breaking down Week 2 of the 2021 college football schedule 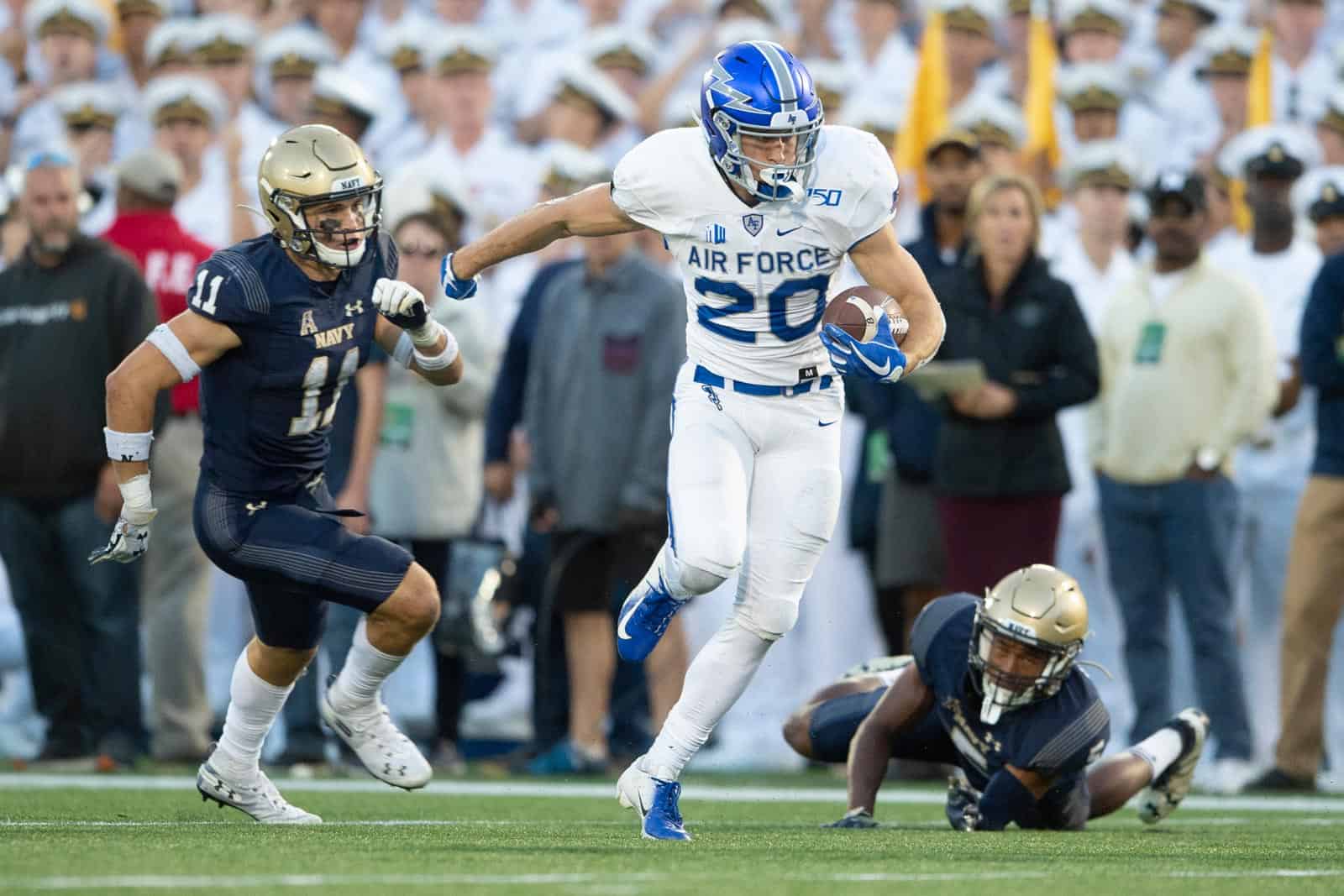 With the NFL kicking off on Thursday, Week 2 of the 2021 college football season doesn’t get underway until Friday evening.

In all, it’s a whopping 82 games, 78 of which are slated for a Super Saturday. As was the case in Week 1, quantity doesn’t necessarily denote quality – 35 of the total contests on offer (or 43%) feature an FBS team playing an FCS opponent. That said, don’t let the “gimmee” games fool you – of last weekend’s 37 FBS vs. FCS contests, a shocking six (or 16%) ended in an upset with the smaller school thwarting its bigger opponent.

For all those who’s team didn’t survive Week 1 – shake it off, there’s a lot of football left to be played. For those who did manage to win last weekend – feel fortunate, and hopeful, and stay hydrated.

Though the Buckeyes are two-touchdown favorites in this one they struggled epically vs. the pass last season, finishing No. 122 nationally and returning only five defensive starters. OSU coughed up 205 yards through the air in its win over Minnesota in Week 1 – the third best passing performance for the Gophers since the beginning of the 2020 season. The Ducks – who almost got shot down by Fresno State last week – may be more dangerous than advertised.

Even though South Carolina opened with a 46-0 shutout over FCS Eastern Illinois, the oddsmakers in Vegas have them as only two point favorites vs. East Carolina – a program which hasn’t posted a winning record since 2014. This one may come down to how well the Pirates’ D (which finished 2020 ranked No. 98 vs. the run and gave up 226 ground yards to App State in Week 1) handles the Gamecocks’ potent ground game.

Buffalo rushed for 257 yards and seven scores in its 69-7  beatdown of FCS Wagner last week. While Nebraska has only given up an average of 148 ground yards in its first two games, it’s been vs. Illinois and FCS Fordham – not necessarily all-world rushing attacks. The Huskers allowed 200-plus ground yards in four of their eight outings last season including giving up four rushing TDs twice. This one could get interesting.

A real strength vs. strength affair, tune in to this one to see Iowa State’s junior RB Breece Hall (#28) – who rushed for 100-plus in nine of his 12 appearances last season – take on an Iowa D that finished 2020 ranked No. 10 nationally vs. the run. This is the first-ever Top Ten matchup between the two schools.

While this pairing may look like a forgone conclusion the Hurricanes are only five-point favorites. The Mountaineers return seventeen starters to their 9-3 product from a year ago including all but one from a defense that finished 2020 ranked No. 16 nationally in scoring.

One of the most impressive components of Penn State’s Week 1 victory over (18) Wisconsin was the 247 passing yards it hung up on a Badger D that returned eight starters to a unit that finished 2020 ranked No. 5 – in the nation – in total defense. It’s the most air yards that Wisconsin has allowed during a regular season game since giving up 296 in a win at then (10) Minnesota in the 2019 finale. This week the Nittany Lions will fire up their passing attack against Ball State, which finished 2020 ranked No. 118 in the nation against the pass and coughed up a whopping 367 air yards in last Saturday’s win over FCS Western Illinois. Keep an eye on Penn State senior WR Jahan Dotson (#5) who posted 100-plus receiving yards in five of his nine appearances last season and earned 102 in the opener vs. Wisconsin last week.

Though Arkansas survived a scare vs. Rice in Week 1 it gave up 227 yards passing in the win – the most the Owls have posted against a Power 5 member since hanging up 254 on Wake Forest early in 2019. Cue up a young Texas offense (fresh off gaining 265 passing yards and three TDs in its Week 1 win vs. Louisiana) and this one has the potential to make freshman QB Hudson Card (#1) look like a rising star. Where the Longhorns finished last season ranked No. 27 nationally in passing offense, Arkansas landed at No. 102 vs. the pass.

Arizona State scored six rushing TDs in its 41-14 beatdown of FCS Southern Utah last week, only two teams have scored more thus far. This week, the Sun Devils host UNLV which finished last season ranked No. 122 vs. the run, including coughing up 22 rushing TDs in only six appearances. The Rebels allowed a whopping 11 in their final two outings in 2020 – six to Wyoming and five to Hawaii. Keep an eye on Arizona State RBs senior Rachaad White (#3), sophomore DeaMonte Trayanum (#1) and freshman Daniyel Ngata (#4).

Houston and Rice’s campuses are located a mere five miles apart in Houston, Texas – also known as the Bayou City. The first game between the two, in 1971, was also Houston’s first-ever league game as a member of the Southwest Conference. The 1995 contest was the final SWC game in history.

THE COMMANDER IN CHIEF’S TROPHY – Air Force at Navy – Saturday, 3:30pm EST, CBS – series started in 1960 – Air Force leads 31-22 but the two have split the last eight, the home team winning on each occasion.

The first leg of the three-way contest between Army, Navy and Air Force, the Commander in Chief was established in 1972 to ensure that the newer Air Force Academy (which kicked off football in 1957) would play Navy and Army (both fielding a team since 1891) annually. The Falcons lead the way with 20 trophies, followed by the Midshipmen with 16 and the Black Knights with nine. Air Force hasn’t captured the prize since 2016, the longest current drought among the three academies.

Army and Air Force are scheduled to meet at Globe Field in Arlington, Texas on Saturday, Nov. 6. Army vs. Navy is slated for Saturday, Dec. 11 in East Rutherford, N.J.

The Paint Bucket Bowl (also referred to as the “Mid-South’s Oldest Rivalry”) has featured some memorable moments including a Hail Mary pass in 2006 (the “Bluff City” miracle), a bench-clearing brawl in 1992 and a controversial fifth down-play in 1987. The Paint Bucket trophy (an actual bucket decorated in both school’s colors) – along with the tradition of the winner of the game smearing paint on a designated area of the loser’s campus – were both established to “eliminate the defacing of each campus and the ‘kidnapping’ of opposing football players during game week.” The two campuses are located a mere 70 miles apart.

When Pitt meets Tennessee in Knoxville on Saturday, it will mark only the third time the two have ever met on the gridiron and the first time in 38 years. Despite the lack of history, and even though their campuses are located almost 500 miles apart – their football teams have a deep connection.

The common fabric is Johnny Majors, who after playing halfback at Tennessee in the 1950s began his coaching career in Knoxville in 1957. His first head coaching job was at Iowa State where he went 24-30-1 in five seasons before taking over at Pitt (a team that went 1-10 the previous year) in 1973. In 1976, he led the Panthers to a 12-0 record which included the program’s most recent national championship.

To honor the link, the two-game series (they’ll meet again in 2022) has been named the “Johnny Majors Classic.”