Breaking down Week 2 of the 2019 college football schedule 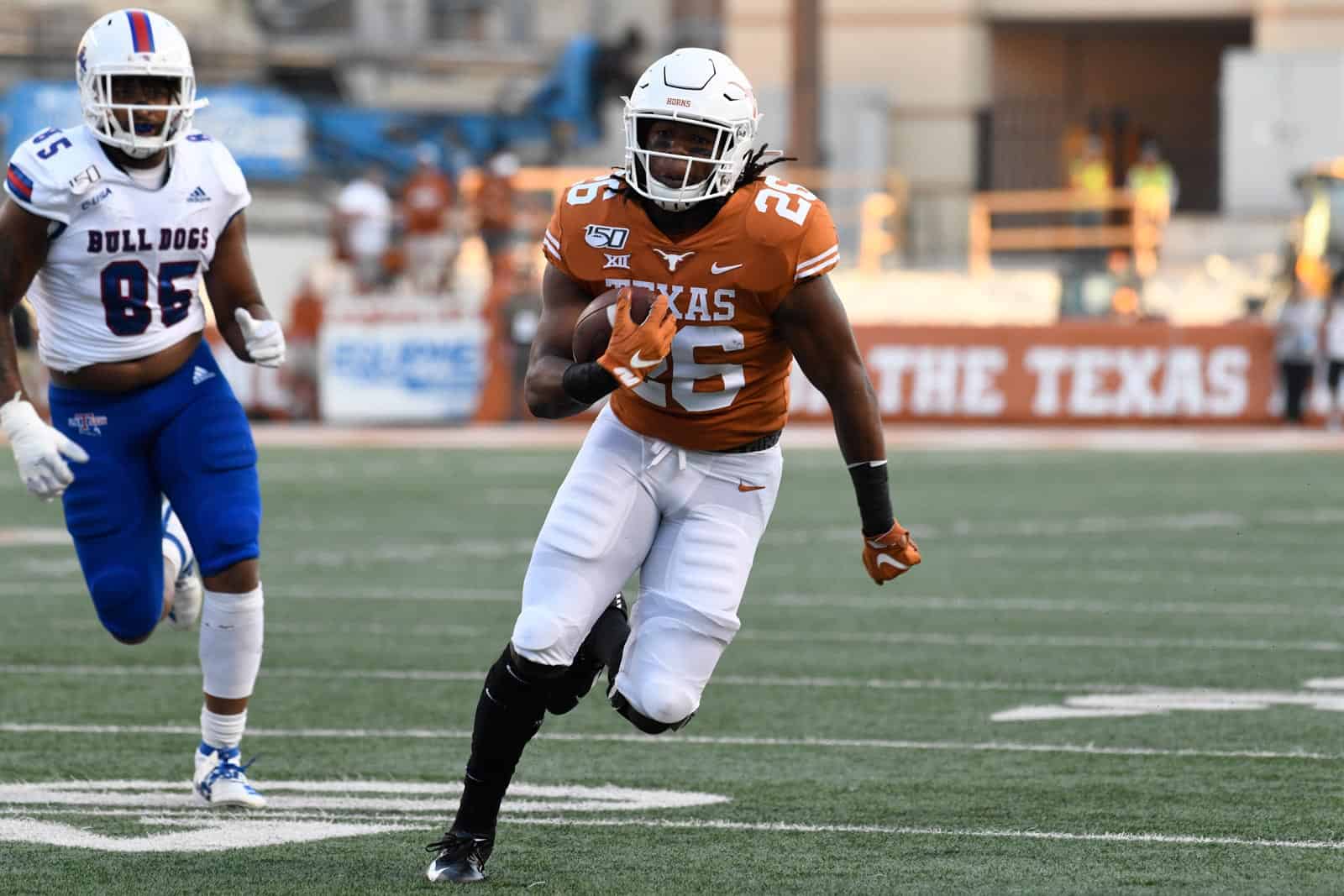 If you thought last week was a tasty treat, hold on to your forks friends because Week 2 of the college football schedule is going to blow your diet.

Due to the NFL kicking off on Thursday, the only non-Saturday action this weekend is Friday night, which features four contests. Tune in to ESPN2 at 9pm EST to see how Boise State rebounds (vs. Marshall) after scoring 17 unanswered second half points to beat Florida State 36-31 last week.

Though there are a quartet of Power 5 matchups at Noon EST on Saturday – Rutgers at (20) Iowa on FS1, (21) Syracuse at Maryland on ESPN, West Virginia at Missouri on  ESPN2, and Vandy at Purdue on the Big Ten Network – don’t sleep on Army at (7) Michigan and Cincinnati at (5) Ohio State in the same time slot on FOX and ABC, respectively. The four programs combined for a 45-8 record last season and all finished in the AP Top 25. An epic upset could be in the cards.

The crown jewel of the mid-afternoon is (12) Texas A&M at (1) Clemson at 3:30pm EST on ABC. If you’re looking for an alternative to swap over to during the timeouts, keep an eye on (25) Nebraska at Colorado on FOX and Southern Miss at Mississippi State on ESPNU. The Golden Eagles finished last season ranked No. 6 in rush defense while the Bulldogs earned the No. 20 slot in rushing yards per game.

In primetime, all eyes will be on (6) LSU at (9) Texas, the first Top Ten matchup in 2019, at 7:30pm EST on ABC. Starting 30 minutes later is an intriguing matchup between Miami Fla. at North Carolina on the ACC Network.

In total, 74 games are on offer, down nine from last week’s 83. Even though the number of FBS vs. FCS matchups fall from 40 to 28, they still represent 38% of the action. Slightly up are the number of Power 5 vs. Power 5 contests, 12 this week vs. the 10 featured in Week 1. Only seven games are between two members of the same conference.

Tune in to this one to watch Wake Forest junior QB Jamie Newman (#12) take on a Rice defense that coughed up an average of 280 passing yards per game in 2018- only five teams in the entire FBS were more generous. Newman went 34-of-47 (72.3%) for 401 yards and three TDs in the Demon Deacons’ Week 1 victory over Utah State, a program which returned seven starters to a pass D that finished last season at No. 77, 48 slots better than the Owls (Rice returns six defensive starters).

Despite falling in a shocking 37-31 decision to Wyoming last week, Missouri senior QB Kelly Bryant (#7) threw for a whopping 423 yards, the second most in the FBS ranks. On tap for Week 2 is West Virginia, which finished 2018 ranked No. 106 in pass defense. The Mountaineers rallied back against FCS James Madison last Saturday, scoring 17 in the second half to eek out a 20-13 win. Keep an eye on Mizzou junior TE Albert Okwuegbunam (#81), the team’s leading receiver in Week 1 and an AP preseason All-America first team selection.

Texas A&M finished last season 9-4 with losses to (2) Clemson, (1) Alabama, (16) Mississippi State, and (25) Auburn. Impressively, the Aggies were ranked No. 3 – in the nation – in rush defense at the end of 2018 allowing a measly 95.23 yards per game. Compare that to Alabama, which finished at No. 19 (121.27 yards per game). Though A&M returns just four defensive starters, it sets up for a classic strength vs. strength matchup vs. Clemson, which finished 2018 ranked No. 10 – again nationally – in rushing yards per game and hung up 411 ground yards and five scores on Georgia Tech in Week 1’s 52-14 beatdown. Though there are a tremendous number of angles to approaching this game, if nothing else it ought to be an absolute physical battle.

After racking up 234 rushing yards and four TDs in its 49-0 rout of South Florida last week, Wisconsin welcomes Central Michigan in Week 2, a squad that returns only three starters to a defense that finished 2018 ranked No. 104 vs. the run. Included in the attrition were the entire starting LB corps and both DTs. The main attraction in this one will be Badger junior RB Jonathan Taylor (#23), who led the nation in rushing yards per game last season.

When Army and (7) Michigan kickoff at noon EST this Saturday in Ann Arbor, it will mark the first time in 57 years that the two programs have met on the gridiron. It also extends a trend in the history of the series where in at least one, or more likely both, of the schools are ranked at game time.

Before this season’s clash, the Black Knights and Wolverines entire series was played between 1945 and 1962, the two meeting nine times. Both schools were ranked on six of these occasions and one of the two were ranked twice. That leaves just one time in history that neither were members of the Top 25 at game time.

Army finished the 2018 season at 11-2 and ranked No. 19 in the final AP. Compare that to Michigan, which went 10-3 and were ranked No. 14 when the dust settled. If the Black Knights could have found their way back into the polls this week – they’re technically No. 30 in the current AP with 31 votes – the combo would have – despite the five-decade delay – gone seven for ten in ranked vs. ranked matchups.

Nice job in breaking down week 2. Very interesting facts presented on these games.

After discovering this site last season, I always look forward to this article. Though, I wish there was a way to easily share a link via email. Keep up the good work Amy!

Wow that was fast and worked great!

I will definitely help drive older demographic to your site with link for those without bookface :)