Breaking down Week 11 of the 2017 college football schedule 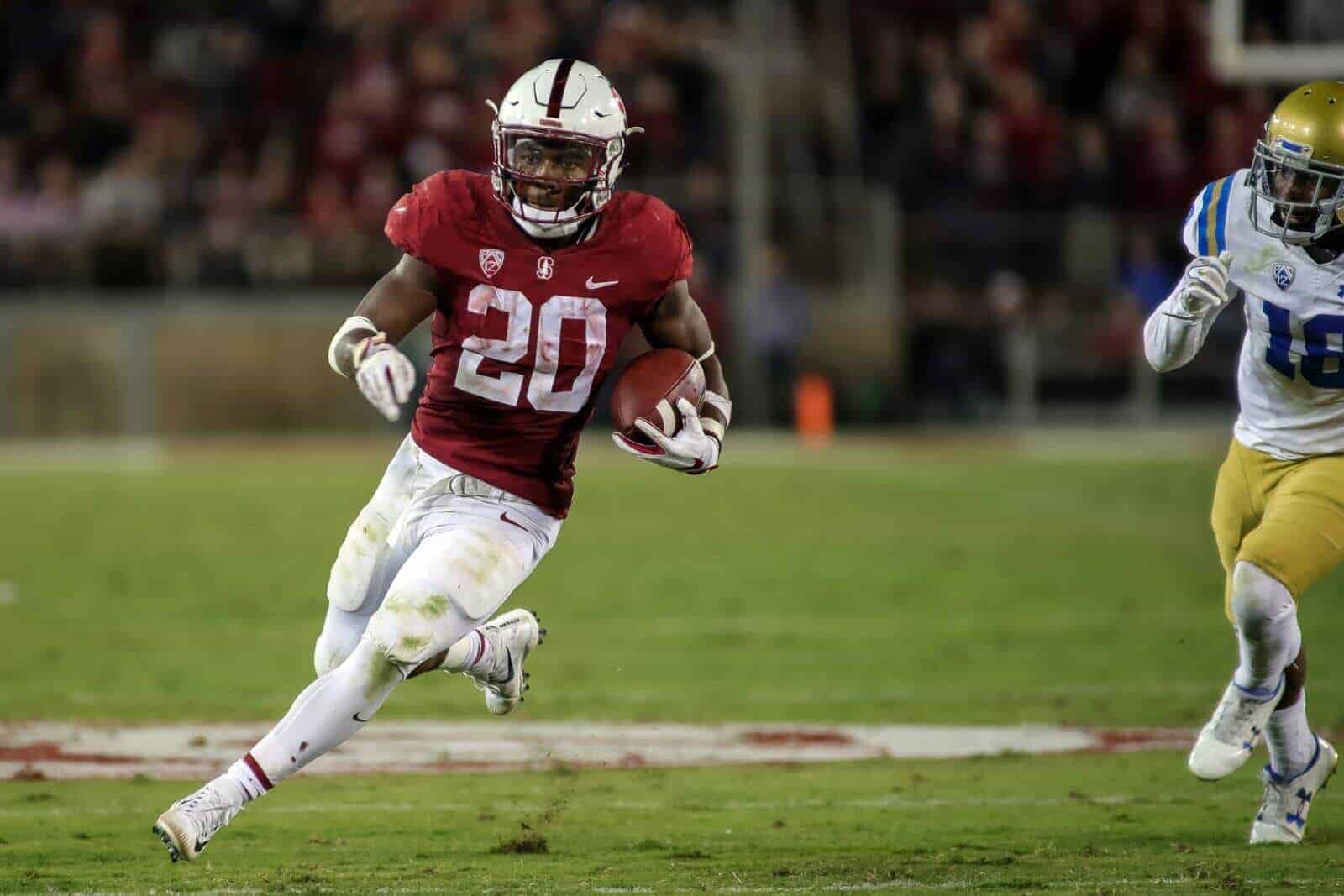 Week 11 of the college football schedule is a lot like my first marriage, it delivers…again.

After last week’s season-high seven Ranked vs. Ranked contests, this week we and double-down and do it all over again. Only this time around, we get three Top 10 matchups. It amounts to six of the top teams in the land playing another top team. If that weren’t enough, two of the four remaining Top 10 members face Top 20 opponents. That leaves just two top squads not playing a ranked foe – (4) Clemson vs. Florida State and (9) Washington at Stanford.

It’s glorious, it’s meaningful, and it may be the single best weekend of college football this year.

Though there are a full serving of 11 games before Saturday sizzles, the real meat doesn’t fall off the bone until late Friday night when the No. 9 Huskies visit the singular Cardinal on FS1. Tune in to see the No. 1 rusher in the FBS, Stanford junior running back Bryce Love (#20), take on Washington’s No. 6 ranked rushing defense.

Only three defenders in the FBS have scored more sacks than Appalachian State’s senior defensive lineman Tee Sims (#42) with 8.5. He also leads the nation in sack yards (70). It sets up well for the visit from Georgia Southern, which has already given up a whopping 25 sacks. That’s tied for 108th in the FBS and 10th in the Sun Belt. Compare it with App State’s offensive line which has given up only eight sacks thus far.

At 8-0, UCF is one of only five undefeated programs remaining in the FBS. Offensively, it’s the pass game that has gotten the Knights this far, ranked No. 11 in the nation and averaging 325.5 yards per game. The strength may look like a super power vs. UConn this weekend, the team that has the dubious distinction of the worst pass defense in college football. The Huskies, on average, have coughed up 378.6 yards per game through the air. They’ve given up 400-plus on four occasions: 455 at Virginia, 426 vs. East Carolina, 480 vs. (22) Memphis and 408 vs. Missouri. Keep an eye on UCF sophomore quarterback McKenzie Milton (#10). Not only is he ranked No. 12 nationally in yards per game, he’s No. 2 in the FBS in passer rating.

What if I told you that the No. 1 scoring back in all of college football hailed from FAU? Introducing Devin “Motor” Singletary (#5), a sophomore running back for the Owls who’s quietly scored 19 rushing TDs. Included in the deluge were four scores apiece in wins over Middle Tennessee State and Western Kentucky. Singletary also ranks No. 6 in the nation in yards per game (139.56) and No. 5 in total yards (1,256). Cue up Louisiana Tech, the No. 92 ranked rushing defense in the land and you get the picture. The Bulldogs aren’t tragic vs. the run, but they have allowed a total of 459 yards rushing along with five TDs in their last two outings.

At 6-3, Arizona has already won twice as many games as it did last season. What’s made a big portion of the difference is sophomore quarterback Khalil Tate (#14), who took over under center in Week 6 and revved up the engines on Arizona’s rushing attack. Averaging a cool 327 ground yards a game, the Wildcats’ rushing O ranks No. 1 in the Pac-12 and No. 4 nationally. As for Tate, he’s the No. 3 rusher in the FBS among all backs and the No. 1 rushing quarterback. His 11.44 yards per carry is the best in the nation. It all adds up to a potential explosion against Oregon State’s No. 95 ranked rushing D. The Beavers are tenth vs. the run in the Pac-12, only Colorado and UCLA are worse.

Heralded by some as the “best CFB trophy of the modern era” the $5 Bits of Broken Chair only dates back to 2014 when Minnesota’s mascot and Nebraska’s fake coach exchanged words on Twitter. Basically, @GoldyGopher challenged @Faux Pelini to a “friendly wager.” How did the usurper coach respond? “Ok how about if we win you give me $5, if you win I get to smash a wooden chair over your back.”

First awarded in 2008, the Bronze Stalk “depicts several cornstalks recognizing the Midwestern landscape surrounding DeKalb and Muncie.” Ball State captured the first-ever stalk, but has sent home the sheaf with NIU every year since.

Dating back to 2009, the Gansz Trophy honors coach Frank Gansz, a highly regarded, longtime special teams coach in college and the NFL. Gansz played at Navy from 1957-59, was an assistant coach there from 1969-72 and then was the special teams coach at SMU from 2008 until he passed away in 2009. Navy has won the Gansz five times, SMU hasn’t yet to won the award.

Though the series dates to over 100-years ago, the Golden Boot (formed by combining the two states geographically) wasn’t introduced until 1996, Arkansas’ fifth season in the SEC. The trophy is a 24-karat gold whopper—four-feet high and weighing in at 200 pounds.  LSU has won the Boot 13 times vs. the Razorbacks’ eight.

The Heartland, a bronze bull, wasn’t introduced until 2004 when the two schools decided to honor their then 110-year old rivalry by offering a traveling prize. Why a bull? According to the Hawkeyes, it “symbolizes the kind of games that have been typical when the schools meet.” The Badgers have grabbed the bull by the horns six times vs. Iowa’s five.

This game is the final leg of the 2017 edition of a three-way battle between Central Michigan, Eastern Michigan and Western Michigan. Established in 2005 by the Michigan Sports Hall of Fame, the Michigan MAC is awarded to both a football and basketball recipient.

(11) USC’s 11-0 record vs. Colorado is the third-longest undefeated streak among two conference members in the FBS. The only longer stretches are Florida State’s 18-0 mark vs. Duke and Boise State’s 13-0 record vs. San Jose State.

What makes USC-Colorado unique is that the Trojans and Buffaloes are members of the same Pac-12 division, the South. That can’t be said about Florida State-Duke, hailing from the ACC Atlantic and Coastal respectively, or Boise State-San Jose State – members of the MWC’s Mountain and West divisions.

So, the longest winless divisional streaks in the FBS belong to Colorado and Colorado State, a combined 0-17 vs. USC and Boise State. What’s even better is that both schools meet their master this Saturday, each getting an opportunity to make history. The Buffs host the Trojans at 4pm EST on FOX and the Rams host the Broncos at 10:30pm EST on CBSSN.

That leaves Air Force as the only FBS program from the state of Colorado not playing a divisional foe it’s never beaten in Week 11. The Falcons host fellow MWC-Mountain member Wyoming, who it’s 28-24-3 against all-time.