Breaking down Week 1 of the 2018 college football schedule 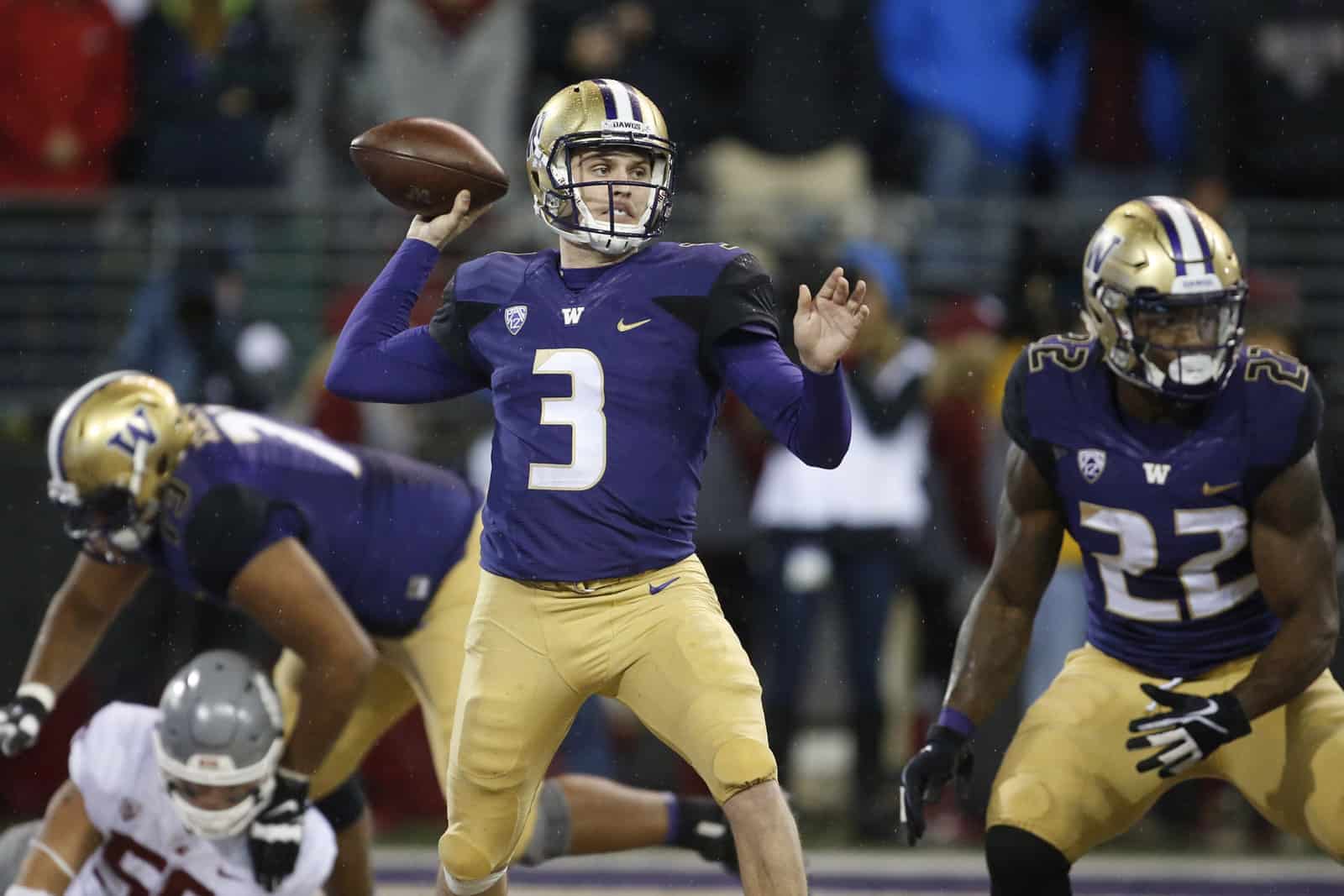 At long last, we’ve arrived at Week 1 of the 2018 college football schedule.

On tap are 86 games in five days – 12 on Thursday night, eight on Friday, 64 on a packed Saturday and then one apiece on Sunday and Monday nights.

Though quantity is certainly high, quality is a different matter. Nearly half (42 of the 86 total games) feature an FBS program hosting an FCS school. Only 12 (or 14%) have a Power 5 program playing a fellow Power 5 school.

Thursday night’s highlight is the Big Ten opener, Northwestern at Purdue at 8pm EST on ESPN. Though three ranked teams are featured on Friday night – (11) Michigan State, (4) Wisconsin and (13) Stanford – all play Group of 5 members.

Thankfully, Saturday offers something in every time slot. At Noon EST Oregon State visits (5) Ohio State on ABC, (23) Texas takes on Maryland on FS1 and Ole Miss plays Texas Tech on ESPN. In the 3:30pm EST slot its (6) Washington vs. (9) Auburn on ABC, the first ranked vs. ranked contest of the season. Also of note are Tennessee vs. (17) West Virginia at 3:30pm EST on CBS and North Carolina at Cal at 4pm EST on FOX. The day wraps up with (14) Michigan at (12) Notre Dame at 7:30pm EST on NBC and Louisville vs. (1) Alabama at 8pm EST on ABC.

What follows is the 411 on Week 1, the “Perfect Storm” section features statistical matchups with the potential to explode.

In what may be the biggest statistical mismatch in Week 1, tune in to see UCF’s passing attack – ranked No. 10 in the nation at the end of last season – take on a UConn secondary ranked No. 130, or dead last, in the FBS in 2017. And where the Knights return junior quarterback McKenzie Milton (#10) and two of their top four receivers, the Huskies bring back a mere two starters to a defense that gave up 37.9 points per game last year (No. 122 of the 130 teams in the FBS). Keep an eye on UCF junior wide receiver Dredrick Snelson (#5) who finished 2017 with eight receiving touchdowns, tying him for the eighth most in the nation.

Look for Wisconsin’s sophomore running back Jonathan Taylor (#23) to have a big day against a Western Kentucky defense that finished last season No. 70 in the FBS vs. the run. Taylor is No. 3 in Vegas’ current Heisman odds and returns along with eight other offensive starters including the entire O-line. It’s the same unit that cleared the way for Taylor to finish No. 3 in the nation in both yards per game (141.21) and total yards (1,977) as a freshman. Western Kentucky loses its top tackler from a year ago in linebacker Joel Iyieguniwe who went to the Chicago Bears in the fourth round of the NFL Draft.

Another running back with Heisman aspirations, Ohio State tailback J.K. Dobbins (#2) will open his sophomore season against an Oregon State defense that finished 2017 ranked No. 121 nationally vs. the run. On average, the Beavers allowed 235.75 ground yards per game last season, the second-worst mark in the Pac-12. They coughed up 180-plus rushing yards in 10 of their 12 appearances. Lowlights include giving up 253 to Minnesota, 286 to Arizona State, 291 to FCS Portland State, 311 to Oregon and a whopping 534 to Arizona.

Though Texas Tech’s defense improved from a No. 116 rank vs. the run in 2016 to a No. 62 mark last season, it continued to struggle epically against the pass, finishing No. 123 nationally. Usher in Ole Miss, who quietly earned a No. 11 national rank in passing yards per game last season, an achievement overshadowed by a 6-6 finish. Though Rebel quarterback Shea Patterson transferred to Michigan, the top three receiving targets and all but one starter from the offensive line are back. It sets up for an intriguing opportunity for senior quarterback Jordan Ta’amu (#10), who started the final five games last season, including the upset win over (16) Mississippi State in the Egg Bowl. Keep an eye on junior wide receiver A.J. Brown (#1), he finished last year ranked No. 8 in the nation in receiving yards per game (104.3). Even though the Red Raiders return a whopping 10 starters on defense in 2018, on paper this one has the potential to get ugly.

Week 1’s unofficial slugfest, tune in to see Notre Dame’s rushing attack – the No. 7 ranked ground game in the FBS last season – square off with a Michigan D that finished 2017 ranked No. 19 vs. the run. Though the Irish lose top running back Josh Adams to the NFL, they welcome back their second-most-productive rusher in senior quarterback Brandon Wimbush (#7). His 14 rushing touchdowns from a year ago tied him for the ninth-most among all FBS backs. On the other side of the ball it’s a Michigan D that welcomes back nine starters to a unit that was ranked No. 3 nationally in total defense. Look out for junior middle linebacker Devin Bush (#10) who led the team in tackles as a sophomore. He finished 2017 ranked No. 6 in the Big Ten in total tackles and tied for No. 9 in sacks.

Houston and Rice’s campuses are located a mere five miles apart in Houston, Texas – also known as the Bayou City. The first game between the two, in 1971, was also Houston’s first-ever league game as a member of the Southwest Conference. The 1995 contest was the final SWC game in history.

Though the rivalry is 125-years old, the Centennial Cup wasn’t first awarded until 1986. Apart from WWII, the two met consecutively from 1906-1958, after a 25-year hiatus they reunited in 1983. The game became an annual affair again in 1995. The Cup gets its name from Colorado’s nickname, the “Centennial State,” honoring its statehood, in 1876, coinciding with the 100-year anniversary of the Declaration of Independence. Colorado has won 20 Cups vs. Colorado State’s eight.

Washington’s blockbuster opener vs. Auburn in Atlanta this Saturday afternoon gives the Huskies the opportunity to beat a Power team from the “Deep South” for the first time in its 129-year history.

According to the New World Encyclopedia, South Carolina, Georgia, Alabama, Mississippi and Louisiana make up the Deep South. Combined, they are home to nine Power 5 programs, none of which Washington has ever beaten on the gridiron.

To be fair, the Huskies have enjoyed limited action against the five states. They’ve never played a Power club from South Carolina or Georgia nor have they faced Auburn or Ole Miss. That leaves an 0-9 combined mark vs. Alabama (0-5), LSU (0-3) and Mississippi State (0-1).