Breaking down Week 1 of the 2017 college football schedule 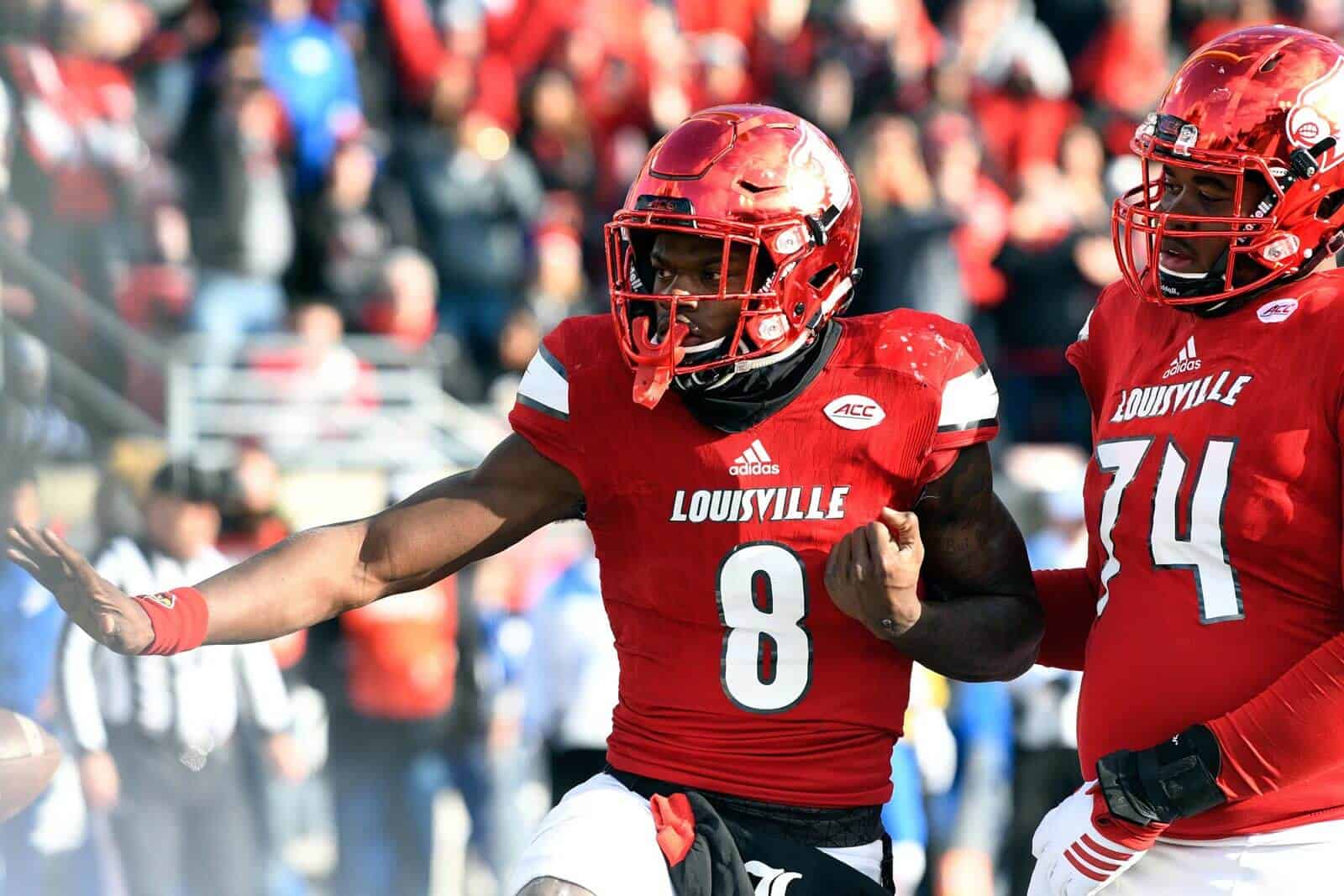 After teasing us with five games last Saturday, the 2017 college football schedule kicks off in earnest this Thursday night.

What follows is a series of quick hits on this week’s offering. It includes Top 25 matchups, byes, first-ever meetings, reunions, and historic streaks that will either be extended or broken. The “Perfect Storm” segment highlights a handful of games where the stars align for a unique statistical matchup. These are must-see TV.

Finally, there’s a listing of which rivalry trophies will be awarded. We wrap things up with a fascinating fact that you can bedazzle even the most disinterested spouse with (or, perhaps, not).

It’s a viewing guide, it’s a wealth of information, and it’s a constant companion and trusty friend that will gladly accompany you on a weekly basis throughout the 2017 season.

BC-Northern Illinois is a classic example of strength vs. strength. The Eagles finished 2016 ranked No. 7 against the run, setting up an early-season test from a Huskies rushing attack that was No. 16 in the FBS last season.

Keep an eye on Boston College senior defensive end Harold Landry (#7), his 22 tackles for a loss in 2016 were the second-most in the ACC and the fifth most nationally. On the other side of the ball, check out Northern Illinois’ tailback Tre Harbison (#5), a redshirt freshman transfer from Virginia. Harbison was ranked as the No. 13 running back in the class of 2016 by Rivals.com.

Maryland finished 2016 ranked No. 99 in the country vs. the run, giving up a whopping 214 yards per game. The 31 rushing touchdowns allowed was tied for an even more dismal No. 107. Cue up mighty (23) Texas, under new management, and the No. 17 ranked rushing offense from last season, averaging 239 yards on the ground.

The good news is the Terrapins return all three top tacklers from a year ago, including senior linebackers Jermaine Carter (#1) and Shane Cockerille (#18) (it’s unclear whether Cockerille will be active vs. Texas,  his status is still pending after being “suspended for undisclosed reasons before last season’s Quick Lane Bowl.”). They’ll be tested by Longhorn junior running back Chris Warren (#25). At 6’4”, 250 pounds, he’s a bruiser. Week 1 could be the beginning of his uncharted Heisman bid.

The same scenario as Maryland-Texas but even more extreme, Louisville was the No. 13 ranked rushing attack in the FBS last season vs. Purdue’s No. 115 rank against the run. In other words, only 12 schools rushed for more yards per game than the Cardinals, while only 13 allowed more than the Boilermakers.

Look for Louisville quarterback Lamar Jackson (#8) to get off to a big start in his campaign to repeat as the Heisman winner. He led the team in rushing in 2016 with 1,571 yards, also the best mark by a QB and the tenth most among all backs in the FBS.

Though BYU is a two-touchdown underdog, the Cougars’ biggest statistical strength from a year ago matches up well with LSU’s traditional offensive weapon – the running game. BYU ranked No. 9 vs. the run in 2016, giving up a paltry 113 yards per game. Compare that to the Tigers’ No. 21 rank in rushing offense, averaging 233 yards per game.

Though BYU lost a lot of firepower offensively from 2016 to 2017, it brings back two of its top tacklers. While the Cougars may not manage to score much, they ought to be able to keep LSU’s attack at bay. Check out one of the best linebacking corps in the country – anchored by senior Fred Warner (#4) and junior Butch Pau’u (#38). They’ll be tasked with shutting down LSU junior running back Derrius Guice (#5), a Heisman candidate who averaged 7.58 yards per carry in 2016, No. 11 in the FBS.

Only one SEC team was less effective vs. the pass than was Texas A&M last year, Mississippi State. The Aggies allowed 250 passing yards per game, earning them a No. 91 mark in the FBS. Coming into 2017, they return just 56.6% of their tacklers from last season, No. 97 nationally.

This sets up well for UCLA, a team that despite finishing 4-8 in 2016, owned the No. 19 passing attack in the country. Instead of losing ground in a weakness, the Bruins gain steam in a strength – returning their starting quarterback (#3 Josh Rosen) and their top two receivers (#7 Darren Andrews and #2 Jordan Lasley).

Tennessee’s defense struggled across the board last season, finishing No. 68 in scoring and No. 95 in yards allowed. Though the pass defense earned a No. 72 rank, what really hurt was the rush D which was No. 104 in the FBS – coughing up 218 yards per game.

It makes the prospect of facing Georgia Tech’s triple option – which finished at No. 9 in rushing offense last season – super scary. Watch out for junior quarterback Matthew Jordan (#11), taking over under center for Justin Thomas and junior running back Clinton Lynch (#22), who becomes the top-returning rusher with the dismissal of Dedrick Mills.

These two former Big East rivals haven’t met in 12 years. The Black Diamond Trophy was first awarded in 1997. The schools are located 250 miles apart in coal country, hence the prize’s name. They played consecutively from 1973-2005 but haven’t met since. Virginia Tech won the last two meetings and has captured the Black Diamond six times vs. the Mountaineers’ three.

The Centennial Cup – Colorado State vs. Colorado (at Denver, Colo.) – the Rocky Mountain Showdown – series started in 1893 – Colorado leads 64-22-2 and has won last two and seven of the last 10.

Though the rivalry is 124-years old, the Centennial Cup wasn’t first awarded until 1986. Apart from WWII, the two met consecutively from 1906-1958. After a 25-year hiatus they reunited in 1983. The game became an annual affair again in 1995. The Cup gets its name from the state’s nickname the “Centennial State” honoring its statehood, in 1876, coinciding with the 100-year anniversary of the Declaration of Independence. Colorado has won 18 Cups vs. Colorado State’s eight.

Ohio State, which travels to Indiana on Thursday night, starts the season with a Big Ten opponent for the first time 1976. The last time the Bucks kicked off a campaign with a conference road game was in 42 years ago in 1975.

Oh, I have missed the articles! So glad college football is back. Thank you, Amy for your weekly breakdowns.