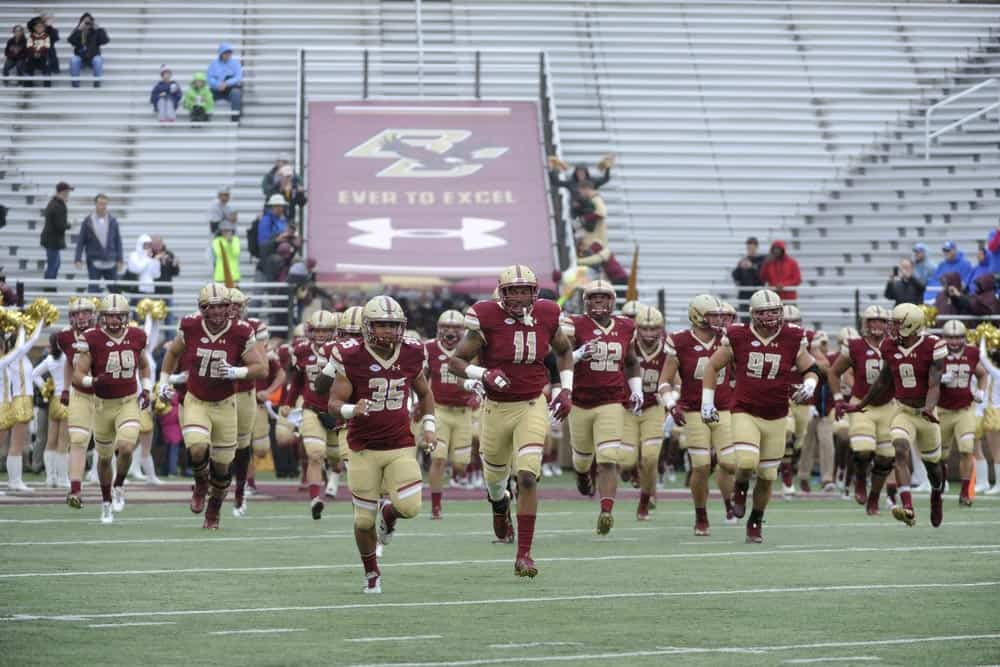 The Boston College Eagles and the Missouri Tigers have scheduled a home-and-home football series for 2021 and 2024, both schools announced on Tuesday.

In the first game of the series, Boston College will host Missouri at Alumni Stadium in Chestnut Hill, Mass. on Sept. 25, 2021. The Eagles will then travel to face the Tigers at Faurot Field in Columbia on Sept. 14, 2024.

Unless the two programs meet in the near future in a post-season bowl game, the 2021 contest will be their first matchup.

“We are excited to add a Southeastern Conference opponent to our future schedules,” said BC Athletic Director Brad Bates.

“We’re pleased to announce this series,” said Executive Associate Athletic Director Bryan Maggard. “Boston College is certainly a quality program with good name recognition so we feel this is an attractive matchup for our fans. It also gets us into an area in the Northeast where we don’t often get to, and we certainly have a lot of Mizzou alumni in that region who will have the chance to see their Tigers in person.”

Mizzou now has two announced non-conference games for the 2021 season. The Tigers are also slated to host North Texas that season on Oct. 16.

Boston College is the first announced non-conference game for Missouri for the 2024 season.

Good luck to Boston College. You will need it!!!