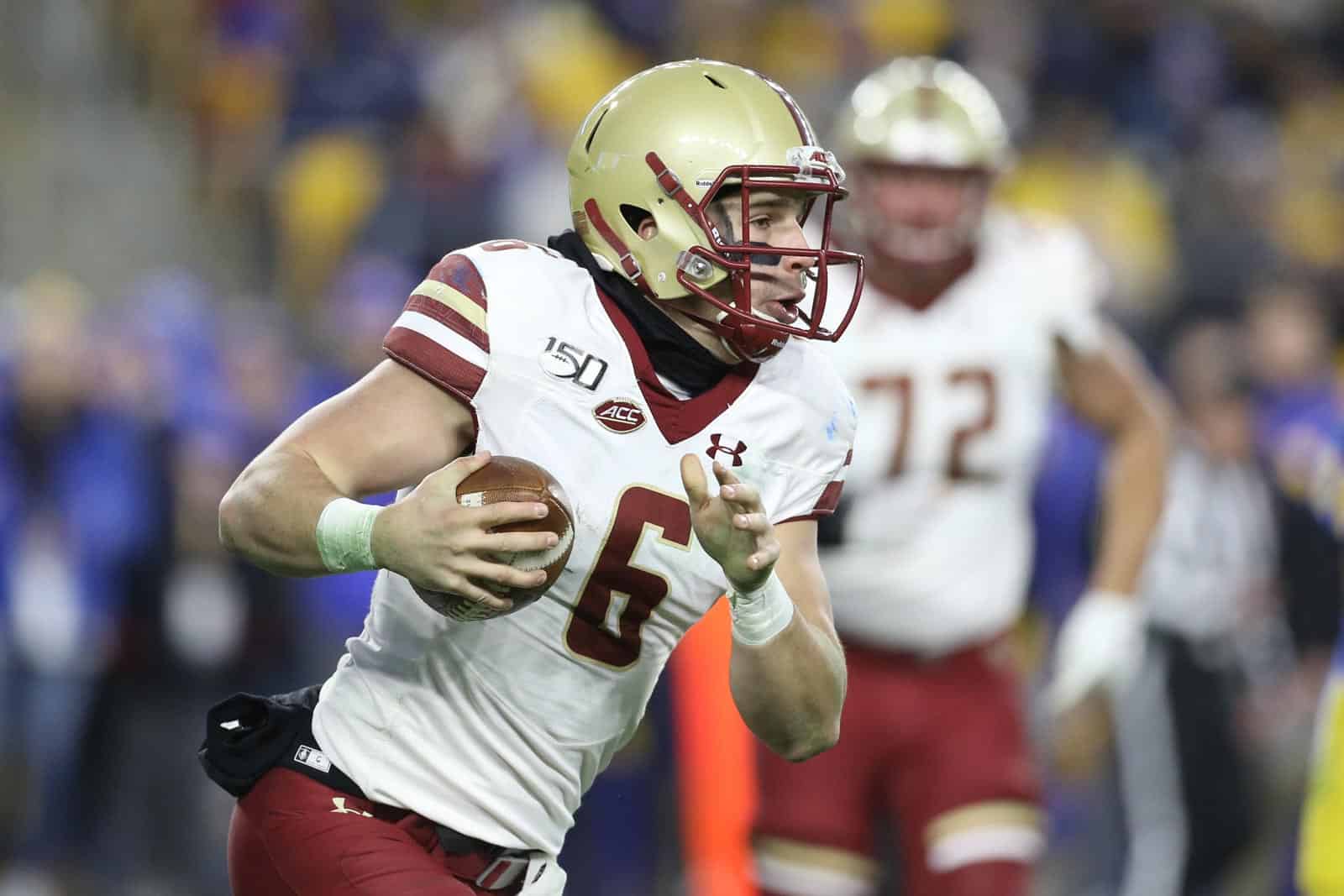 The Boston College Eagles have added the Texas State Bobcats to their 2020 football schedule, the school announced on Friday.

Boston College will host Texas State at Alumni Stadium in Chestnut Hill, Mass., on Saturday, Sept. 26, 2020. The game will mark the first-ever meeting between the two schools on the gridiron.

The addition of Texas State completes Boston College’s revised 2020 football schedule, which includes 10 games against ACC opponents and the Bobcats as their lone non-conference foe.

Boston College is scheduled to open the 2020 season on Saturday, Sept. 19 on the road against the Duke Blue Devils. Other road conference opponents include Virginia Tech, (1) Clemson, Syracuse, and Virginia.

Texas State has also completed their revamped schedule for the 2020 season. The Bobcats are scheduled to open the season on Saturday, Sept. 5 at home against the SMU Mustangs and the contest will be nationally televised by ESPN at 4:30pm ET.

The Bobcats are also slated to host UTSA and play at BYU in non-conference action. Sun Belt opponents for Texas State include Louisiana, Appalachian State, Arkansas State and Coastal Carolina at home and ULM, Troy, South Alabama, and Georgia Southern on the road.

Good for Boston College who will get to see an opponent from a different part of the country at home, after all of its Bowl games the past few years requiring travel to the West and the Far West!

Also, good for Texas State which is increasing its exposure to the national audience. Before long, people will know where San Marcos is on the map!