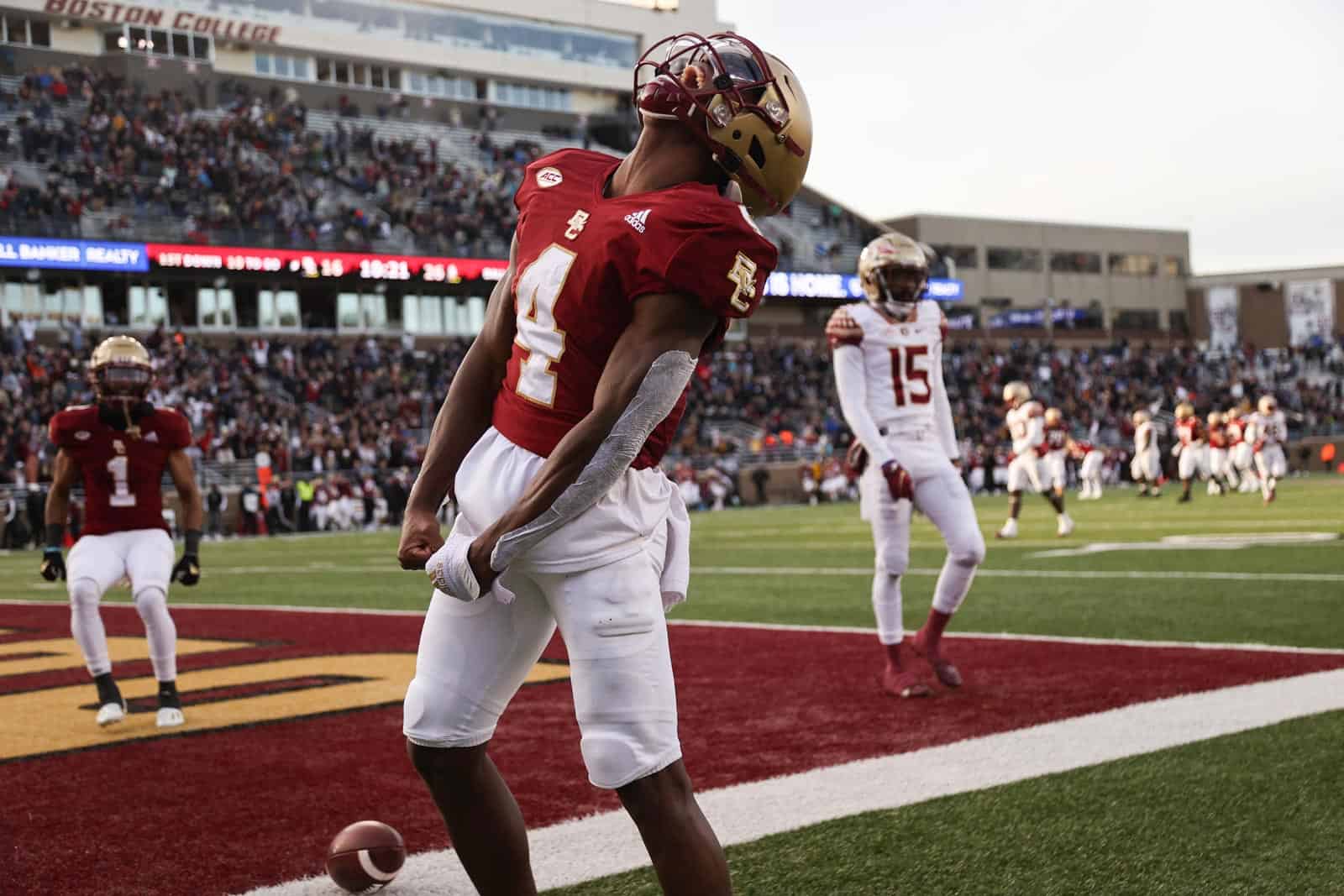 The Boston College Eagles have added the Rhode Island Rams to their 2027 football schedule, FBSchedules.com has learned.

A copy of the football game agreement with Boston College was obtained from the University of Rhode Island via a state public records request.

Boston College will host Rhode Island at Alumni Stadium in Chestnut Hill, Mass., on Saturday, Sept. 25, 2027. The Eagles will pay the Rams a $400,000 guarantee for playing the game, according to the copy of the contract.

The 2027 Boston College-Rhode Island contest will mark the eighth overall meeting between the two schools on the gridiron. The Eagles and Rams first met in 1909 and last played in 2008, which resulted in a 42-0 win for the Eagles. Boston College currently owns a five-game winning streak over Rhode Island and now holds a 5-2 advantage in the series.

Rhode Island is a member of the Colonial Athletic Association (CAA) in the Football Championship Subdivision (FCS). The Rams finished the 2021 season 7-4 overall and 4-4 in CAA action.

With the addition of Rhode Island, Boston College has three opponents lined up for their non-conference schedule for the 2027 season. Other opponents for Boston College in 2027 include the Rutgers Scarlet Knights on the road on Sept. 11 and the Cincinnati Bearcats at home on Sept. 18.

Rhode Island now has three non-conference opponents set for their 2027 schedule. The Rams are also slated to host the Bryant Bulldogs at home on Sept. 11 and travel to take on the Brown Bears on Oct. 2 that season.

why doesn’t bc schedule maryland, boston would be a good market for the big ten one day, bc should be playing rutgers, maryland and penn state as often as they can