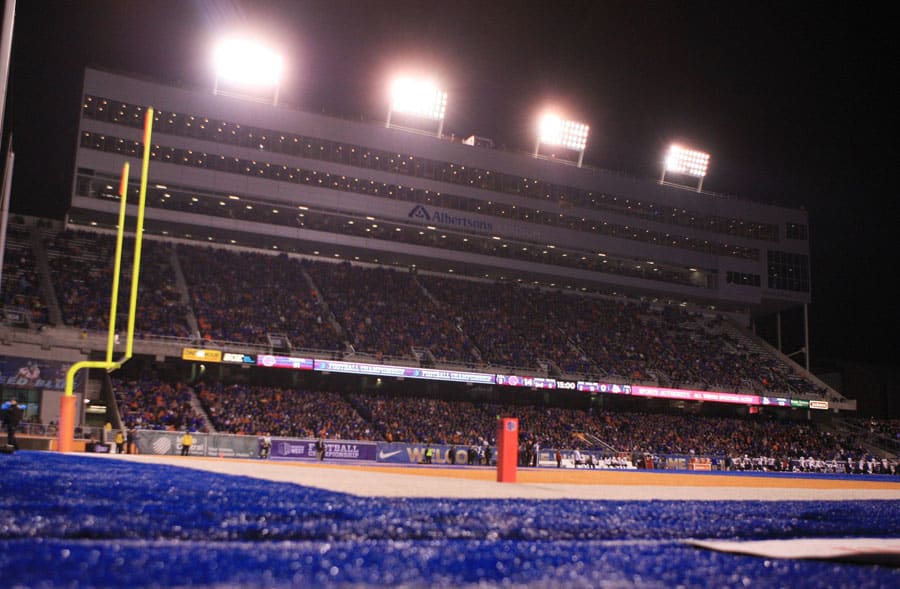 The Boise State Broncos have added future football series against the UTEP Miners and the Rice Owls, the school announced today.

Boise State leads the overall series against UTEP 5-0. The two last met in El Paso in 2004.

The Broncos have also added a home-and-home football series against the Rice Owls. Boise State will host Rice on Sept. 9, 2023 and then the Broncos will travel to Houston to play the Owls on Sept. 7, 2024.

If Michigan or Alabama scheduled Rice and UTEP some people would lose their ever-loving minds.

Rice and UTEP would be the toughest non-conference opponents on Alabama’s schedule in most years.

I highly doubt that.

Considering they have played games against Clemson, Virginia Tech, Penn State, Michigan, or West Virginia recently, that’s a pretty ignorant thing to even claim and proves that many college football fans are simply idiots.

Joe, you are clearly a hypocrit. Alabama DOES schedule these type of schools, and rarely plays TRUE road games against anyone OOC. Yes they have big match-ups every now and again, but probably not as many as Boise does OOC, and definitely not as many as they do which requires 1000 mi. or more of travel (and statistically, the further a team travels, the lower their win percentage so it does make a difference).

Don’t bring a “holier then though” attitude in like you’re in touch when you are clearly just as aloof with your starting comment. Hank made an idiotic comment, but then so did you, so everything is business as usual in the internet world for sports fans.