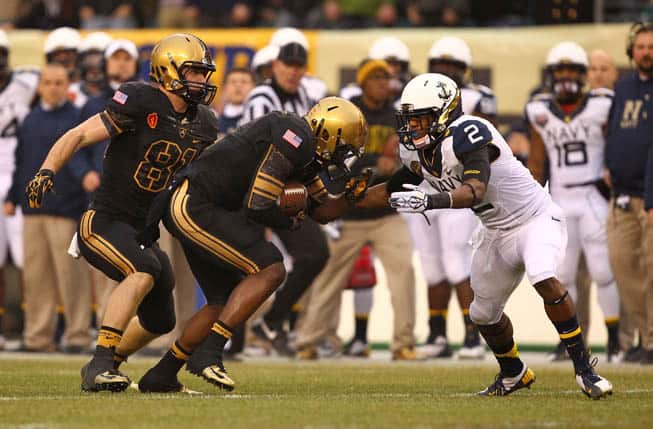 The Army Black Knights and the Navy Midshipmen will face off on Saturday in the 114th edition of the Army-Navy game. The game will by played at Lincoln Financial Field in Philadelphia, PA (3pm ET, CBS).

Army is 3-8 on the season with wins over Morgan State, Louisiana Tech, and Eastern Michigan. With only three victories, the Black Knights did not qualify for a bowl game.

If Navy beats Army, the Midshipmen will retain the Commander-in-Chief’s Trophy for the second straight season. If Army wins, all three service academies will be tied and will share the award, but Navy will keep possession of the trophy since they won in 2012.

The Army-Navy game is the final FBS regular-season game in 2013. The bowl season kicks off on Saturday, December 21 (2013-14 Bowl Schedule).