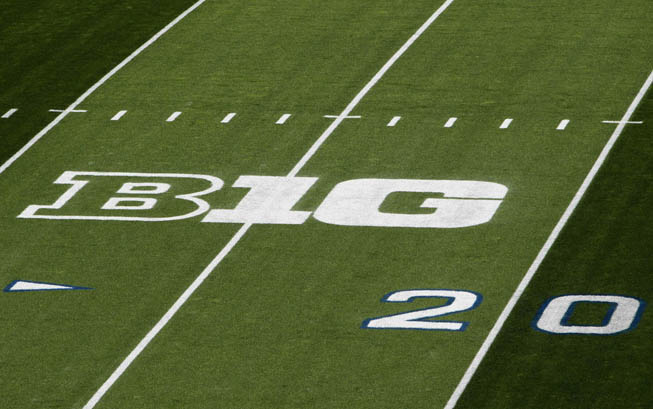 On Wednesday, the Big Ten released their 2018 and 2019 conference football schedules. But what was more interesting was a PDF document that was linked on BTN.com and later removed from public view. The Daily Collegian saved the PDF document.

Here is a breakdown of each non-conference game on the document that was previously unknown. These games technically remain unofficial until announced by the schools.

– A possible neutral site game against LSU is listed for Sept. 5, 2020 (Note: Both schools acknowledged Wednesday that talks about a game have taken place but declined to give any specifics).
– LSU told us that they have “had discussions with many teams about future games including Penn St.”
– 2020-21 home-and-home series vs. Syracuse not listed in document, agreement may never have been finalized.

Maryland Towson Didn’t get the memo re FCS games?

B1G teams are still allowed to schedule FCS at their own discretion. The conference frowns on it, but their is no policy against it.

A Couple Of People Around Baltimore Care About This Game Bruce, Let It Go. Between The Towson And Maryland Fans, Maryland May Actually Sell Out…..On Another Note, My Maryland Fan Friends Don’t Believe Me When I Tell Them That Their “Home” Game At Feed Ex Field Will Actually Be More Of A Home Game For Penn State Fan Wise.

Maryland worries more about scheduling basketballs games. Football games are more of a sideshow– or at best a follow up to Midnight Madness which Lefty Driesell invented in 1971,.

This really ruins my day. I was hoping to see BC play OSU in 2020. We live in Columbus and my wife is a buckeye fan, and I am an Eagles fan. I just hope they don’t cancel this series all together.

I agree man. I am a BC season ticket holder and was looking forward to this series with Ohio State. I pray it does not get cancelled either.

Florida might be playing a non-conference game out of state?? I don’t believe it.

It could be in Atlanta, Arlington, Houston, St. Louis, etc.

Even if that game doesn’t come off, I’m flabbergasted that it’s even in a preliminary discussion stage. Florida has not shown any inclination whatsoever to play an intersectional OOC game since their visit to Syracuse in 1990.

Ohio State and Boston College have deceided to save your marriage

lol that made my day man thanks!

For the postseason the Gators leaves Florida.

Really? Really? These Schools Are Scheduling Games 10 Years Out. So Much Changes Over Time. This Is Ridiculous. It Is Even More Ridiculous That You Guys Are TaLking About This. Hopefully In 10 Years We Will Have A 8 Or 16 Game Playoff Where Strength Of Schedule Would Mean Something And Powder Puff Games Wouldn’t Matter. But When We Get To That Point It Still Won’t Change Because The Schedule Will Already Be Made To 2035

What do you care? State Penn will be still be reviled in 2025 as the school that permitted decades of child rape.