Big Ten Championship Game to remain in Indianapolis through 2024 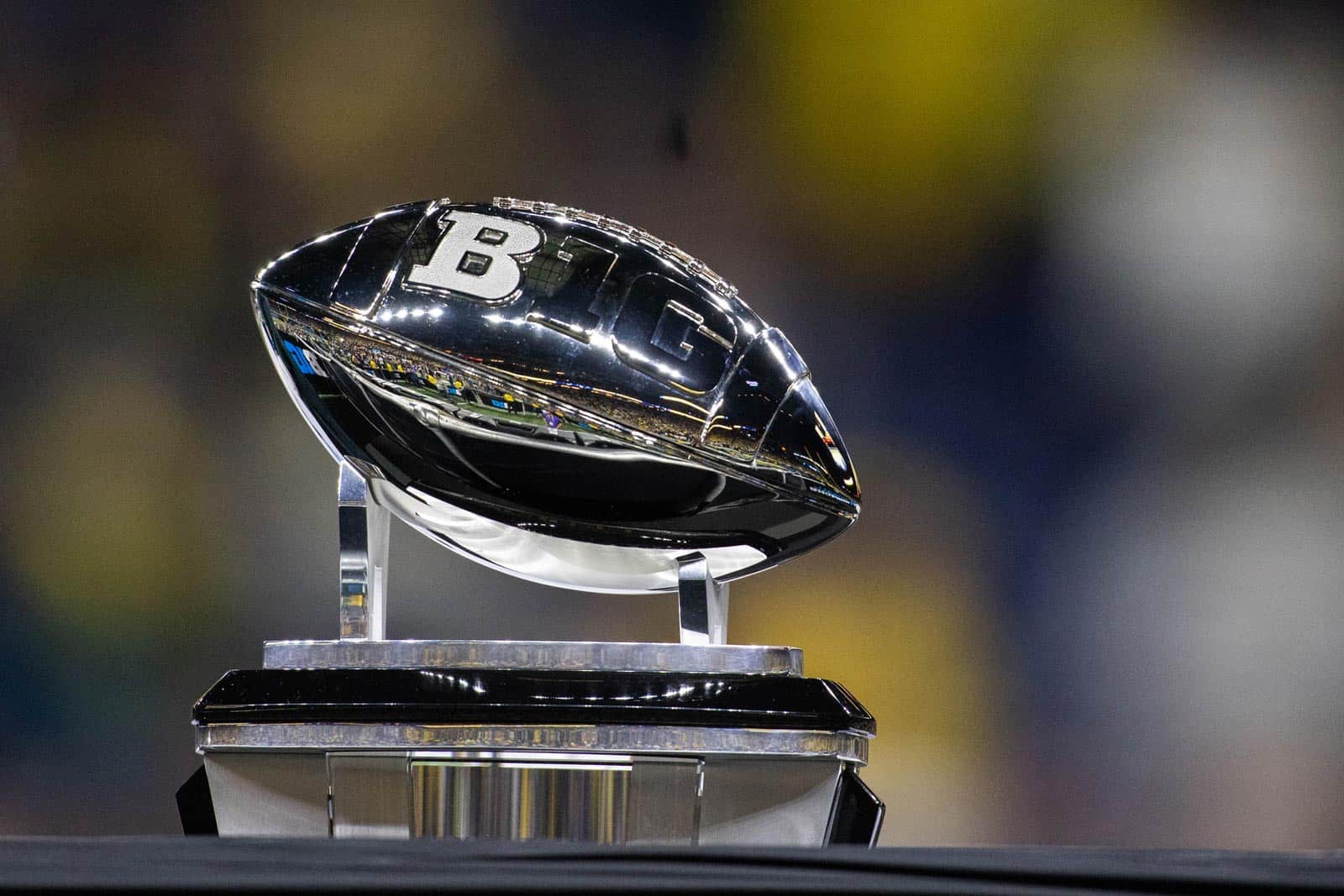 The Big Ten Football Championship Game will remain in Indianapolis, Ind., through the 2024 season, the conference announced today.

Lucas Oil Stadium, the home of the NFL’s Indianapolis Colts, has been the site of the Big Ten Football Championship Game since its inception in 2011.

“We are thrilled to bring marquee conference events such as the Big Ten Football Championship Game and the Big Ten Basketball Tournaments to world-class cities and venues within the conference footprint,” said Big Ten Conference Commissioner Kevin Warren.

“Indiana Sports Corp and its partners are thrilled with the decision made by the Big Ten member institutions to return the Big Ten Football Championship Game in 2023 and 2024,” said Indiana Sports Corp President Ryan Vaughn. “After hosting the annual Championship Game for the past 11 years, we believe our city has delivered a top-tier experience on all levels for the student-athletes, coaches, fans, and our community. We look forward to continuing this long-standing partnership and creating community impact through this event for years to come.”

Indy is the ideal location for this game. Great stadium, great city for major events, centrally located within the conference footprint.

I know money talks, but moving this event elsewhere would make little to no sense.

A little disappointed with this decision. As an alum and tax payer to another state besides Indiana I would appreciate the chance to get some money back from this event. The Big Ten needs to spread this money making event along with the conference basketball tournament to other tax paying Big Ten states. I continue to feel cheated.

What state are you in? The only other realistic options the Big Ten would consider are Minneapolis (US Bank Stadium) or Detroit (Ford Field).

They’re waiting for Chicago to get their new Arlington Heights stadium which is planned to be indoors or have a retractable roof. Once that’s built they’ll at the very least start alternating locations.

Exact, Detroit and/or Minneapolis would be fine selections.

No real surprise. Besides Indianapolis the only other two locations that make sense are Detroit (already hosting the MAC Championship) and Minneapolis. I can’t see the Big10 ever going outside of these three cities. All are in the Big 10 footprint, have NFL stadiums, and most importantly all have domed stadiums. As fun as it would be to see a game in Chicago I really don’t see the Big10 wanting to play their championship game at night outside in early December.