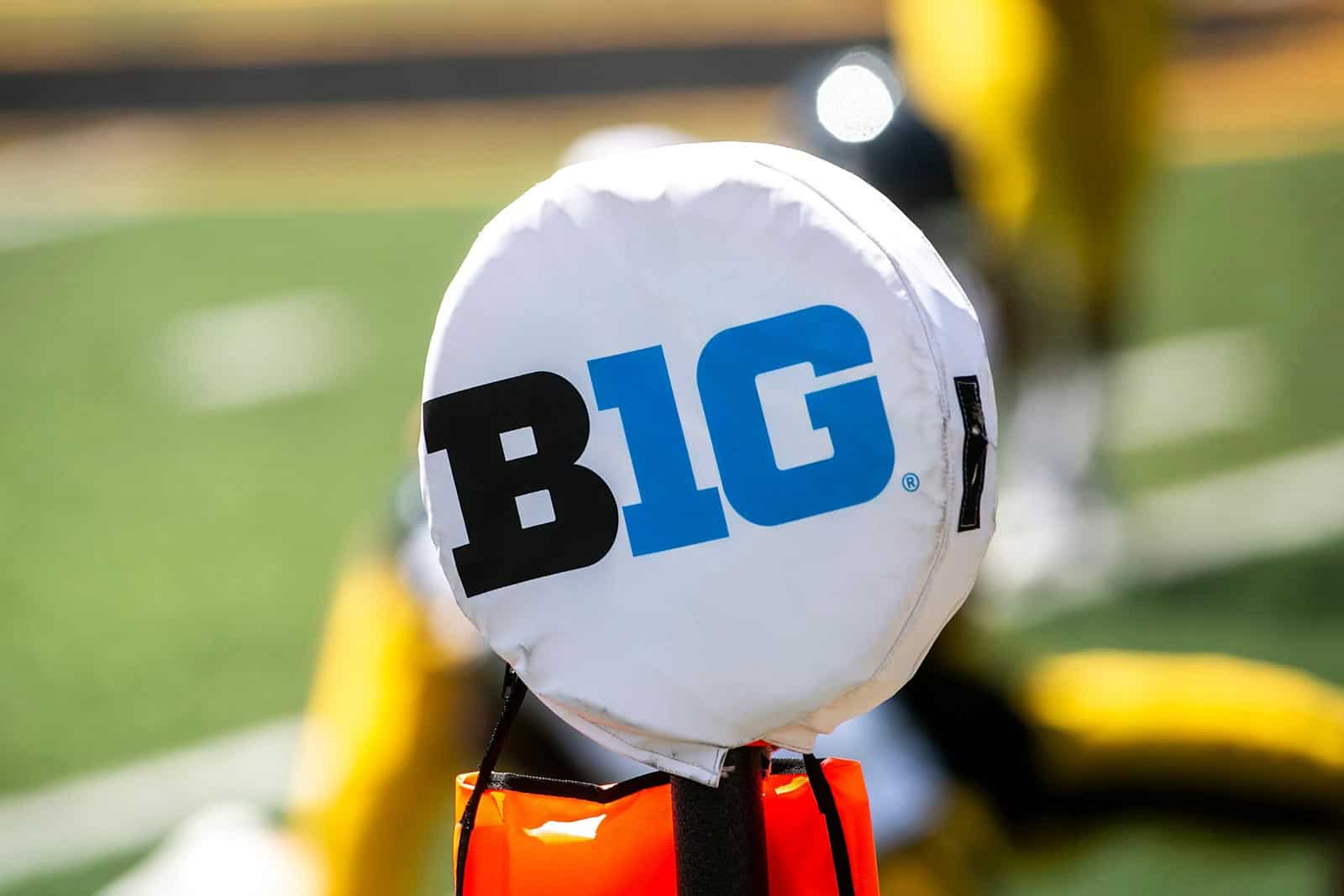 The Big Ten Conference announced on Thursday a new seven-year media rights agreement with CBS, Fox and NBC that begins next year and extends through the 2029-30 season.

The agreement, which according to multiple media outlets is worth around $1.2 billion annually, is set to begin on July 1, 2023.

The Big Ten Conference will have three premier windows for college football broadcasts on Saturdays, beginning at noon ET with the Big Noon Kickoff on FOX. Games will then follow on CBS at 3:30pm ET and on NBC in primetime.

“The Big Ten Conference media rights agreements are more than just dollars and deals. They are a mechanism to provide stability and maximum exposure for our student-athletes, member institutions and partners during these uncertain times in collegiate athletics,” Big Ten Conference Commissioner Kevin Warren said. “We are very grateful to our world-class media partners for recognizing the strength of the Big Ten Conference brand and providing the incredible resources we need for our student-athletes to compete at the very highest levels, and to achieve their academic and athletics goals.”

CBS will air seven football games during their initial season with the Big Ten in 2023. Beginning in 2024, CBS will televise up to 15 regular-season football games, including an annual Black Friday game during the afternoon with the possibility of a second game that day. All games on CBS will also be streamed via Paramount+.

“The new rights agreements are an incredible achievement for our entire conference and a true testament of what can be accomplished with teamwork,” stated Commissioner Warren. “I am incredibly grateful for collaborative efforts and hard work of our conference staff, specifically Laura Anderson, Anil Gollahalli, Kerry Kenny and Adam Neuman, our presidents and chancellors, athletics directors, coaches, student-athletes, and our partners at CBS, NBC and FOX Sports for solidifying unprecedented Big Ten access across transformative media companies for our fans to tune-in and follow the Big Ten content they love.”

NBC will broadcast 14-to-16 games each season, which will include a new Big Ten Saturday Night contest. Each game will also be simul-streamed on Peacock. Peacock will also exclusively stream eight Big Ten football games each season.

Regular-season Big Ten football games will also continue to be aired on the Big Ten Network and FOX Sports 1.

I’ll keep this in mind the next time my Big Ten alma mater sends me a letter asking for donations.

Beginning in 2023 it should be at night. Use the Big Noon slot that day for another ranked matchup from the Big Ten or Pac-12 (I expect the Big 12 to replace Fox with CBS and Turner due to the character of a certain network owned by Fox, with TNT and Paramount Network both being cable broadcasters alongside the ESPN networks and OTA broadcasts on CBS, which would mostly be at noon, and ABC, with the potential addition of Boise State, Memphis, SMU, South Florida, Temple and Tulane increasing the Big 12 inventory, the Big 12 in fact could be given huge financial incentives to add these schools).

Man, you keep banging that drum.

They are referring to your constant politicalizing of sports viewing platforms, not your mindless insistency that Michigan-Ohio State be played at night.

Back on the subject of UM-OSU, it is the Big Ten’s biggest game and thus deserves a primetime slot. If Fox won’t air it then, then give it to NBC so they can.

I will say that Fox using their noon slot exclusively for the Big Ten won’t sit well with the Big 12, and that could be the reason Fox is replaced as an OTA broadcaster with CBS, so that the Big 12 can have a noon game on broadcast TV every week, except when CBS is airing an Air Force CIC Trophy game, in which case the Big 12 game is aired at night. CBS would also air a Mountain West game at 11:35 PM ET to compete with Saturday Night Live on NBC, which means new episodes of 48 Hours air at the same time across the lower 48 states and Alaska.

Perhaps we can compromise on UM-OSU. It can alternate between the networks every year and thus time slots.

Fox’s noon slot had the most watched football game of the week the most weeks last year.
Get with the times, dude. Noon means big time football these days. Night games aren’t special any more.

Michigan Ohio State last year was the most watched game all of last regular season.

Of course this game was played at noon. I rather the game be at noon myself.

Also note that NBC has not aired UM-OSU since 1965, when there wasn’t as many CFB games on TV as there are now, owing to NCAA rules of the time.

I guess a compromise can be that each of three networks alternates airing the game each year which means its time slot will alternate.

I don’t think the Big 12 will like being shut out of Big Noon, nor will any of Fox’s other conferences.

This could be the impetus for the Big 12 to move from having games on Fox to CBS, so that they can have a game at noon on the network most weeks, with games at night when CBS is airing an Air Force CIC Trophy game.

The CBS deal would also include games on Paramount Network and Paramount+.

Turner would also sign up to televise Big 12 games on TNT and the successor service to HBOmax.

Of course, there could be huge financial incentives for the Big 12 to add up to 6 more schools as part of the new TV deals. preferably Boise State, Memphis, SMU, South Florida, Temple and Tulane.

The B12 will have to live with it whether they like it or not. They don’t command the number of viewers the B10 does these days. Channels have to want to bid for B12 content for the B12 to appear on their channel. It’s most likely that the B12 will appear on Fox in the afternoon and at night.

I never said I wasn’t happy. I’m only predicting how the Big 12 will feel. They will do anything for a weekly noon game.

What’s so special about a noon game vs an afternoon game or a primetime game?

Quote “to achieve their academic and athletic goals”. 🤣🤣🤣🤣 WTH does this have to do with academics? Classes are optional these days,