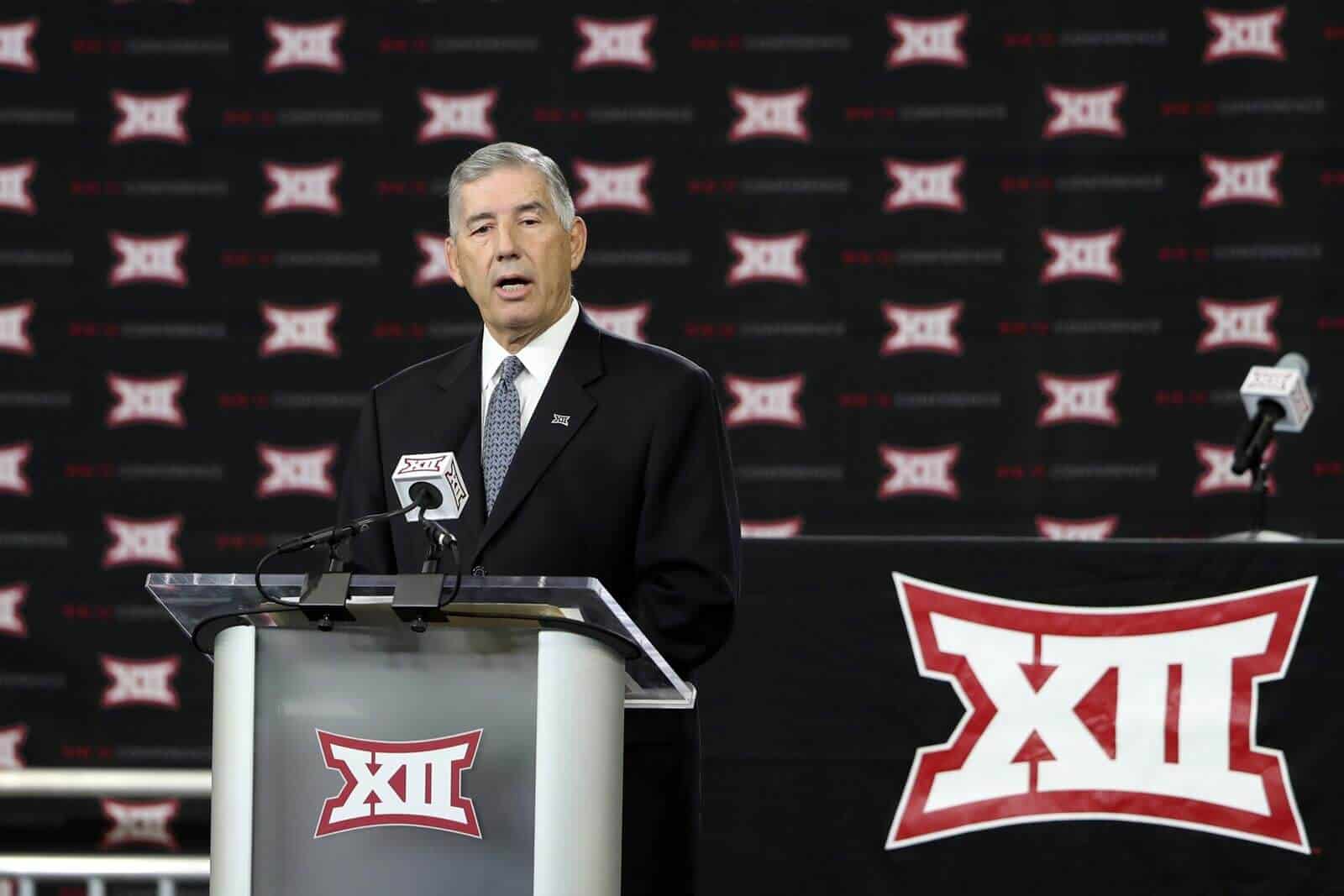 The game is scheduled for Saturday, Dec. 2 at AT&T Stadium in Arlington, Texas. AT&T Stadium will also host the game each season through 2021.

Initially, Big 12 commissioner Bob Bowlsby indicated that the conference would split into two five-team divisions and retain a full round-robin schedule. Instead of division winners, the championship game will match the top two finishers in the overall conference standings.

“There is great anticipation with the return of the Big 12 Football Championship and we look forward to hosting the event in AT&T Stadium for the next five years,” Bowlsby stated last year. “The building is a state of the art facility and offers many amenities that will be enjoyed by our institutions and fans.”

The Big 12 need to come together and get rid of their commissioner. That plan is going to backfire.

Just last week he had his contract extended through June 2025.

crap time for a stupid game

Only logical time, they don’t want to compete against the SEC afternoon game nor the B1G/ACC primetime games.

Wishful thinking: It would be nice to see Oklahoma, Oklahoma St, Texas & W.Virginia come over to the SEC. This way Oklahoma gets to keep their rivalry with Oklahoma St, not that it is that big of a rivalry since The Cowboys have only won twice in the last 14 years. Texas & Texas A&M can get back together & W.Virginia can find a place in the SEC East & don’t have to fly from the far east to the Midwest, that never made sense to me. I just don’t see the BIG-12 surviving much longer once the other conferences come calling to increase the teams for their conferences.