The Best and Worst Bye Weeks in College Football in 2016 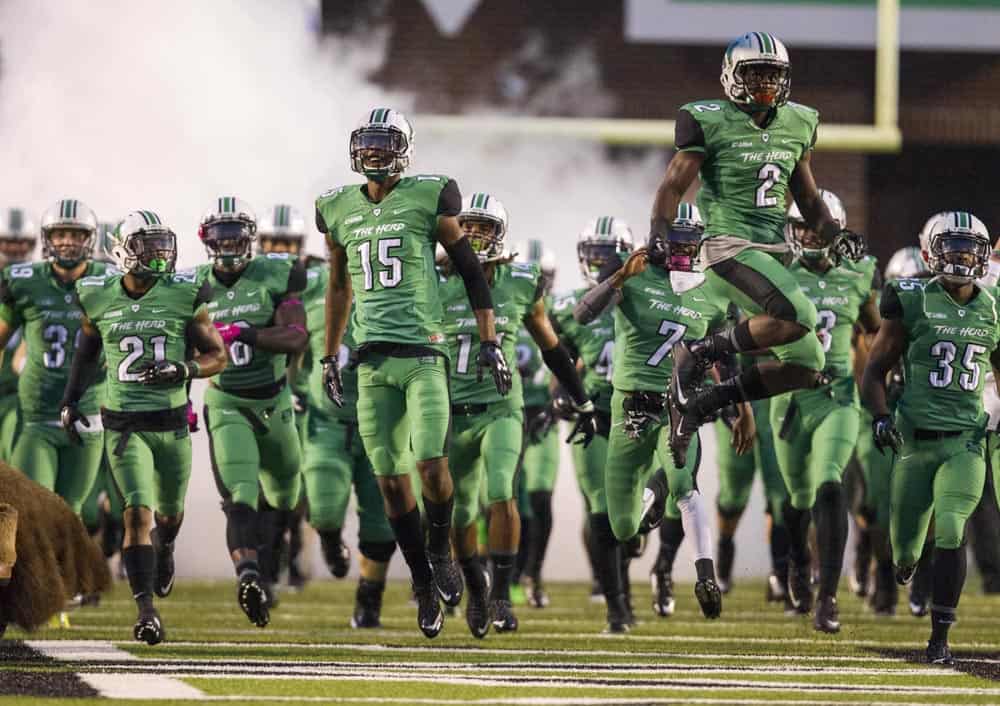 How beneficial is a week off in college football?

Though a 2010 article by the Wall Street Journal debunked the statistical advantage of bye weeks, coaches continue to welcome the time off.

In 2015, Duke’s David Cutcliffe had this to say heading into bye after an Oct. 10 victory at Army, according to John Watson for The Devil’s Den.

It’s a good time for an open date coming off some really physical football games. We got pretty beat up at Army last week. So we’ve got combination of trying to get people better physically, done some of that, and trying to also – we need a lot of work and a lot of things to try and become a good football team. So we’ve had three good days of work, and now we’re to give them a few days off where coaches can go recruit.

A week later, after the bye, on Oct. 24, Duke traveled to Virginia Tech and beat the Hokies 45-43 in quadruple overtime. It marked only the second time in history that the Blue Devils had won in Blacksburg.

Take a look at this season’s biggest winners and losers in bye weeks. It’s another caveat of college football scheduling that can ultimately make a big difference.

Alabama has had a bye coming into its annual clash with LSU since 2013. The Tigers, on the other hand have enjoyed a week off before playing the Crimson Tide since 2010.

Arizona is the only Pac-12 team to get a bye between playing the conference’s two toughest teams—USC and Stanford.

The Trojans are No. 17 in the Coaches’ preseason rankings while Stanford is No. 7.

Of the 10 FBS conferences, only two consistently offer its members two bye weeks in 2016—the Big 12 and the Sun Belt. They are also the only two leagues without a conference title game, meaning they can stretch their regular-season schedules into Week 14. That’s when the rest of the FBS is set to conduct their conference championships.

Six of the ten Big 12 members double-up on bye weeks in 2016. That’s 60 percent of the league getting an extra week off. The exceptions are Iowa State, Kansas, Texas, and Texas Tech, all with only one in-season bye apiece.

For the first time since 2014, Clemson and Florida State both get a bye before clashing for all the ACC marbles.

The Seminoles won that game in Tallahassee in overtime, propelling them to an ACC title and a spot in the first-ever CFB Playoff bracket.

Of the six Big 12 teams with two in-season byes, Oklahoma has the best set-up. The Sooners’ first week off falls between their Week 3 visit from Ohio State and their Week 5 trip to TCU.

The second is scheduled late, between the final two games at West Virginia (Week 12) and vs. Oklahoma State (Week 14).

Given that Army-Navy is played a week after the regular-season is officially over for the rest of the nation, the two academies have long enjoyed an extra bye week coming into their final contest.

In 2016, Navy also picks up byes in Week 4 (between Tulane and Air Force) and Week 12 (between Tulsa and SMU). It makes the Midshipmen the most well rested program in the FBS this season.

The only Sun Belt program without two in-season byes is Appalachian State.

Wisconsin is the only Big Ten West member that has to face Michigan and Ohio State in cross-division play, both listed in the Top Ten in the Coaches’ preseason poll. The only upside is it gets a week off between the two.

It’s hard to decide whether that makes Wisconsin a winner or loser.

Akron is one of five FBS schools with a Week 12-only bye in 2016. That means the Zips will play 11-straight games before getting a week off.

The break comes between Bowling Green and Ohio, teams that combined Akron has lost 15-consecutive games to.

One of the six Big 12 teams with two weeks off, Baylor has the disadvantage of having both its byes scheduled within a three-week window.

The Bears travel to Iowa State in Week 5, take Week 6 off, host Kansas in Week 7, take Week 8 off and then travel to Austin to take on the Longhorns.

The “hurry up and wait” timing could be even more hazardous to a team like Baylor, with a tempo-based offense that needs to run regularly to stay in sync.

At the opposite end of the spectrum from Akron is Buffalo, one of five schools whose only bye in 2016 comes early, in Week 2.

For the Bulls it means they open up vs. FCS Albany, take a week off and then travel to Nevada. After that it’s 10 straight games with no break.

The second of the five teams with a Week 12 bye, East Carolina’s late-season week off falls between hosting SMU and a road trip to Temple.

The Pirates’ 11-game stretch includes a triple-play vs. NC State, at South Carolina and at Virginia Tech.

The third of the five late breaks, Louisiana Tech won’t rest until after it hosts UTSA in Week 11. The Bulldogs’ season ends at Southern Miss on Friday, Nov. 25.

The only team in the FBS without an in-season week off, Marshall’s bye falls during the opening weekend of the season.

It means that the Thundering Herd are the only team in the nation scheduled to play 12-straight games without a break.

The second of the Week 2 schools, Memphis warms up vs. FCS Southeast Missouri State before pausing. Then it’s Kansas, Bowling Green, and Ole Miss before playing its seven conference games to close out the season.

The fourth program to have a late-break, Miami of Ohio gets a bye between a road trip to Buffalo and a home stand with Ball State. The Redhawks are a combined 2-8 vs. the two schools in the last five meetings.

Michigan State is one of only three Power programs with a Week 2 bye.

The Spartans open up at home vs. FCS Furman, take the week off and then travel to Notre Dame, the first of 11-straight Power opponents. The carousel doesn’t stop until Nov. 26 when MSU wraps up the regular-season at Penn State.

Like Michigan State, Oregon State plays just one game, takes a break and then continues on uninterrupted until late November.

The Beavers’ bye is scheduled between a visit to Minnesota and a home game vs. FCS Idaho State.

The final program with a Week 2 bye, Stanford at least gets a break between two challenging Power programs. The Cardinal open up vs. K-State, take a breather and then host USC in Week 3.

The last of the Week 12 byes, Western Kentucky plays 11 straight games—including Alabama and Vanderbilt—before getting a break, wedged between North Texas and Marshall.

why do you insist on calling teams like Purdue, Kansas and Illinois “power teams”?

Bill you could add Iowa State, Vanderbilt and Wake Forest to the list

They are Power 5 teams, whether they play like it or not.

Given the Beavers’ record against the FCS lately, it’s probably good to have that extra week to prepare for Idaho St.