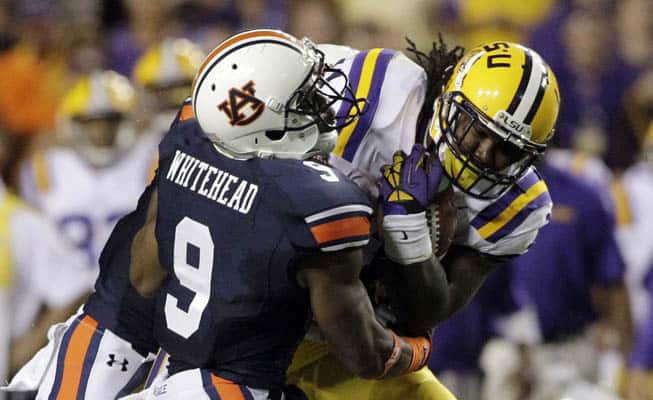 The six BCS AQ Conferences have each announced their football TV schedule for the weekend of September 21, 2013.

Top match-ups on Sept. 21 include Clemson at NC State, Arkansas at Rutgers, Michigan at UConn, Kansas State at Texas, West Virginia vs. Maryland, Michigan State at Notre Dame, Purdue at Wisconsin, Arizona State at Stanford, Utah at BYU, Auburn at LSU, and Tennessee at Florida.

The remainder of times and TV for the weekend of 9/21 are listed on each team’s 2013 football schedule.

And where in the world will College Gameday go that week? Auburn at LSU?

It is rare when they go to a game that isnt an ABC/ESPN telecast. They wont go to promote a FOX telecast; especially when they would go on the air at 6am. Stanford doesnt have the type of fanbase that would draw a crowd that early