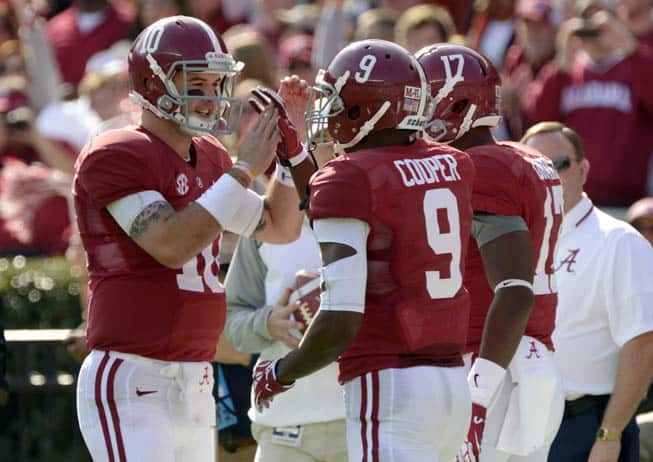 The six BCS AQ Conferences have each announced their football TV schedule for the weekend of November 9, 2013.

The SEC on CBS will feature a doubleheader on Nov. 9. Texas A&M hosts Mississippi State at 3:30pm ET followed by LSU at Alabama at 8pm ET.

In the ACC, three games were placed on a six-day hold: Florida State at Wake Forest, Notre Dame at Pittsburgh, and Virginia Tech at Miami (FL). Kickoff time and TV designations for these three match-ups will be announced on Sunday, Nov. 3.

The remainder of times and TV for the weekend of 11/9 are listed on each team’s 2013 football schedule.

Go head to head in PRIMETIME!!!