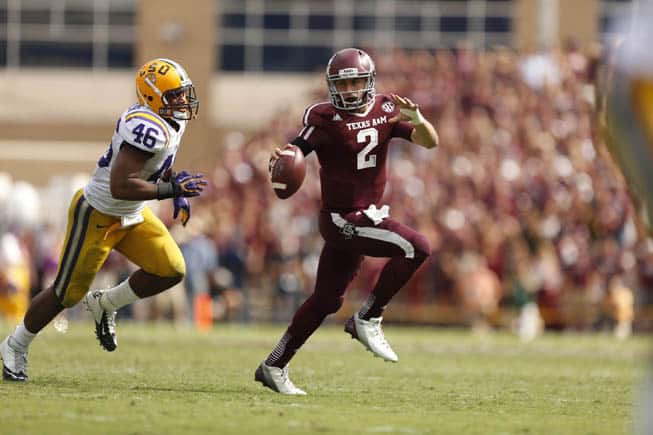 The six BCS AQ Conferences have each announced their football TV schedule for the weekend of November 23, 2013.

The SEC on CBS game of the week is Texas A&M at LSU (3:30pm ET). Kentucky at Georgia and Vanderbilt at Tennessee will both kickoff at 7pm on either ESPN2 or ESPNU.

Several Week 12 games were placed on a six-day hold, including all three in the Big 12, five in the Big Ten, and two in the AAC.  Kickoff times and television coverage for these games will be announced no later than Sunday afternoon (Nov. 17).

The remainder of times and TV for the weekend of 11/23 are listed on each team’s 2013 football schedule.

why has it taken the Pac12/Fox to decide the start times for the USC/Colorado and Cal/stanford game?

Those games are now set.