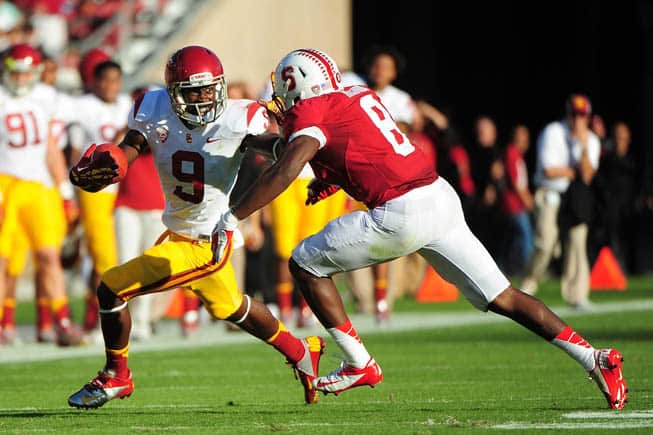 Kickoff time for the Stanford-USC game is to be announced. (Kyle Terada-USA TODAY Sports)

The six BCS AQ Conferences have each announced their football TV schedule for the weekend of November 16, 2013.

Several Week 12 games in the ACC, Big 12, Big Ten, Pac-12, and SEC were placed on a six-day hold. Kickoff times and television coverage for these games will be announced no later than Sunday afternoon (Nov. 10).

The remainder of times and TV for the weekend of 11/16 are listed on each team’s 2013 football schedule.